Chemistry Cuts and the Environment 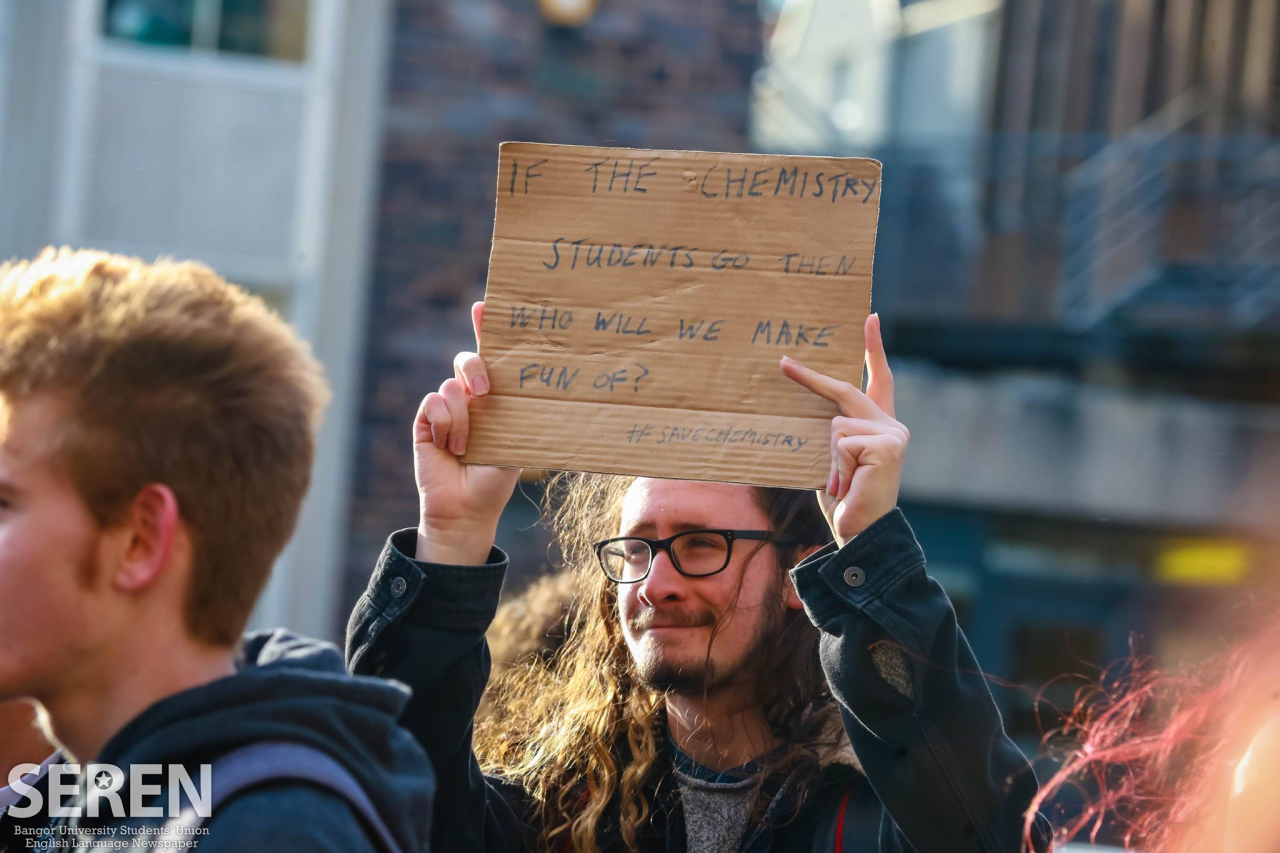 The Chemistry department has been threatened, having knock on effects to other departments throughout the Environmental Sectors of the University.

On 18th January 2019, students and lecturers alike came together to protest the proposed cuts that would see the entire chemistry department closed within the next three years. The general consensus remains that the anticipated loss of expert chemistry staff and the department as a whole would result in harm, as oppose to benefit for the university, and will have definitive negative impacts on Environmental-based courses.

“We contribute to a lot of other courses; from Biology to Environmental Science. It’s better to have aspects of chemistry taught by chemistry specialists and in fact, we can do team teaching with Environmentalist or Ocean Science staff to get that context and importance there. We think it’s not good for any aspects of science education here at the university…” “If the university wants to really push developing environmental and natural resources all the analysis that we teach and support and provide instrumentation for – that won’t necessarily be available.”

There are a multiplicity of reasons behind the proposed cuts though poor undergraduate recruitment is considered a principal factor for legitimising them. The chemistry department is also costly to run, meaning that overall, it requires considerable ongoing investment. However, the lecturers are aware of the aforementioned points, and are adamant that they must be given a chance to properly integrate with the rest of the departments

“We know that we need to save money for the university, we are absolutely willing to do that but managements proposal is very one- dimensional and actually, I don’t think they’ll save as much money as the headline figures suggest. We’ve just merged into the school of Natural Sciences, only three or 4 months ago and we haven’t really been given a chance to properly integrate to see what other new programmes we can teach and contribute to”

The student who organised the protest, Kayleigh Lavornia, was asked to comment on how the cuts may affect the Environmental sectors of the university.

“In terms of the cuts affecting the environmental aspect of the university, it’s important to acknowledge our recent achievement of being the 8th most sustainable university. If the cuts were to go towards expendable buildings or building projects, this would increase sustainability within the university by lowering energy consumption to keep these buildings functioning. However, I don’t see them (the cuts) doing anything but damaging the university, especially in regards to axing chemistry. They are an integral part of the science community here, and do plenty of work in the environmental sector.”

The Sustainability Laboratory has already been effected, though the impacts are not expected to extend past the current losses:

“In terms of the restructuring at the University – we have been affected and our team has lost 2 roles, so we are now 5 people instead of 7. I don’t believe there will be any further implications for us, for the time being at least.” Liz Shepard, Sustainability Department.”

It is yet to be confirmed whether the proposals are in fact going ahead though it is unlikely that the pressure will be alleviated: with 15 lecturers facing redundancy and entire department being disposed of, there is bound to be continuing protest.