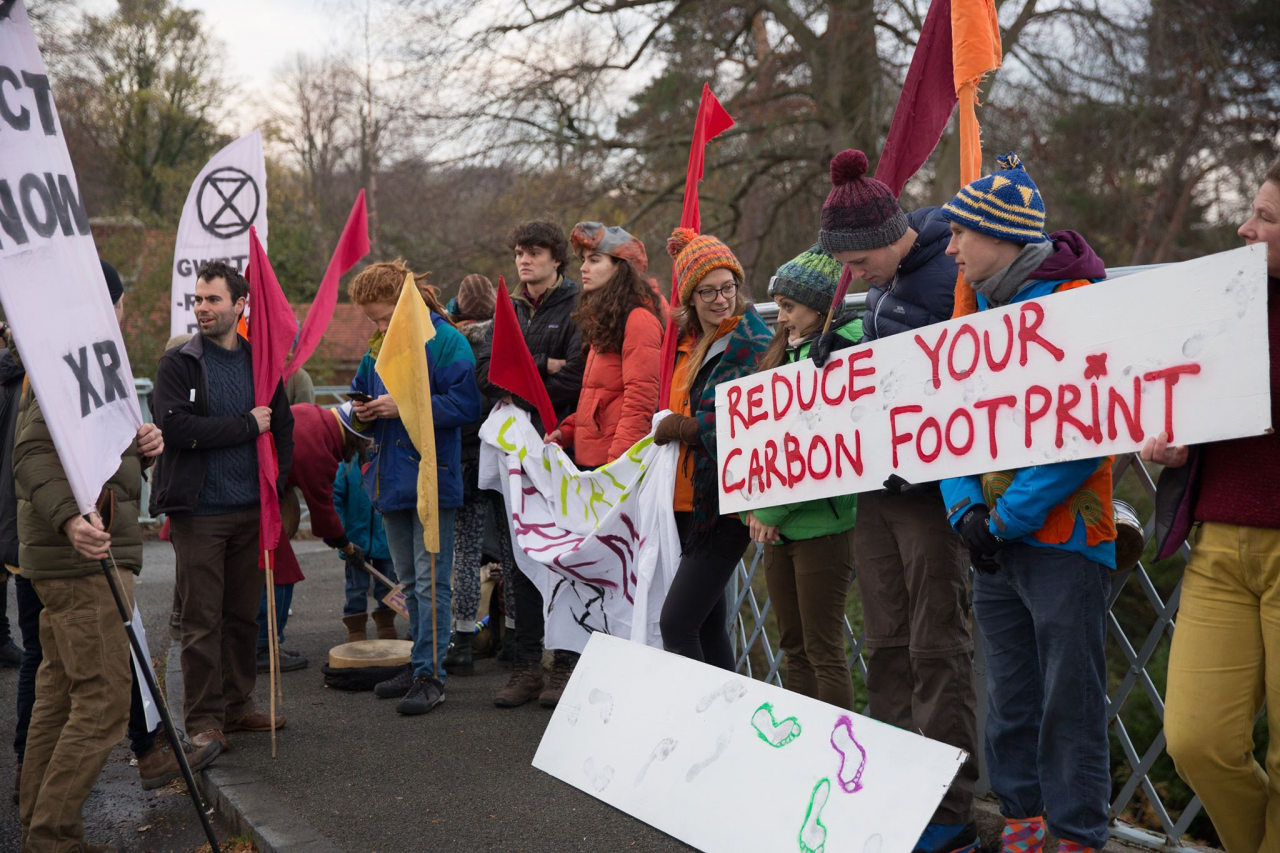 On 18th October, two advocates from the environmental initiative named ‘Extinction Rebellion’ came to Treborth for the talk entitled ‘Climate Change: Heading for Extinction and What to Do About It’. Since then, Menai Bridge has experienced its first formal protest under the same initiative, with more to be expected.

Set-up in 2016, Extinction Rebellion are a fast-growing network of around 5000 people across the UK who believe in acts of nonviolent civil disobedience in order to change government environmental policy. Using examples of the Indian Independence and Civil Rights movements in the US, the presentation at Treborth discussed the immediacy of our situation and why direct action is the only way to solve our current environmental crisis. The notion follows that it takes a very small percentage of the population to act in order to insight massive change to political systems.

“Climate change is a very intractable issue – it’s a global problem that requires a global agreement, so it’s hard for individuals to act. It’s easy to dismiss protests like this, but protest can be an effective way to put pressure on governments. Protests in the UK might influence UK policy, but if such protests can spread globally, that might really have a significant effect.”

On Saturday 24th November, beginning at 8.30am, a banner-drop protest was carried out on the Menai Bridge. Approximately 50 people were present with a purpose to raise awareness of the state of environmental affairs. Later on a short road block ensued but cause no severe delays. It is assumed to be the first of many protests as ‘Extinction Rebellion’ gain more and more support by the day.

Many events have been supported and created by people related to the network such as the ‘free the three’ anti-fracking campaign, as well as the ‘grow heathrow’ initiative. Only recently a farmer from North Wales named Bell Selkie was part of a protest at the department of business, environment and industrial strategy. This involved the participants gluing themselves to a window of the BEIS building.

The objectives of the group are clear as highlighted by three demands; honesty from the government regarding climate change and our current ecological emergency; revocation of inconsistent policies and work with media outlets to inform the public domain; Carbon emissions to a net zero by 2050 through government-created legally binding policies; a National Citizens assembly to hold government accountable.

‘The Extinction Rebellion is a necessity. Our political establishment has failed to protect its people from pollution, prevent further mass extinction of species on earth and prevent the possibility of human extinction in the near future. Therefore we must rebel to protect the livelihood of citizens and our natural world, or risk losing everything we cherish.’