Wrecks of the Past Helping the Future 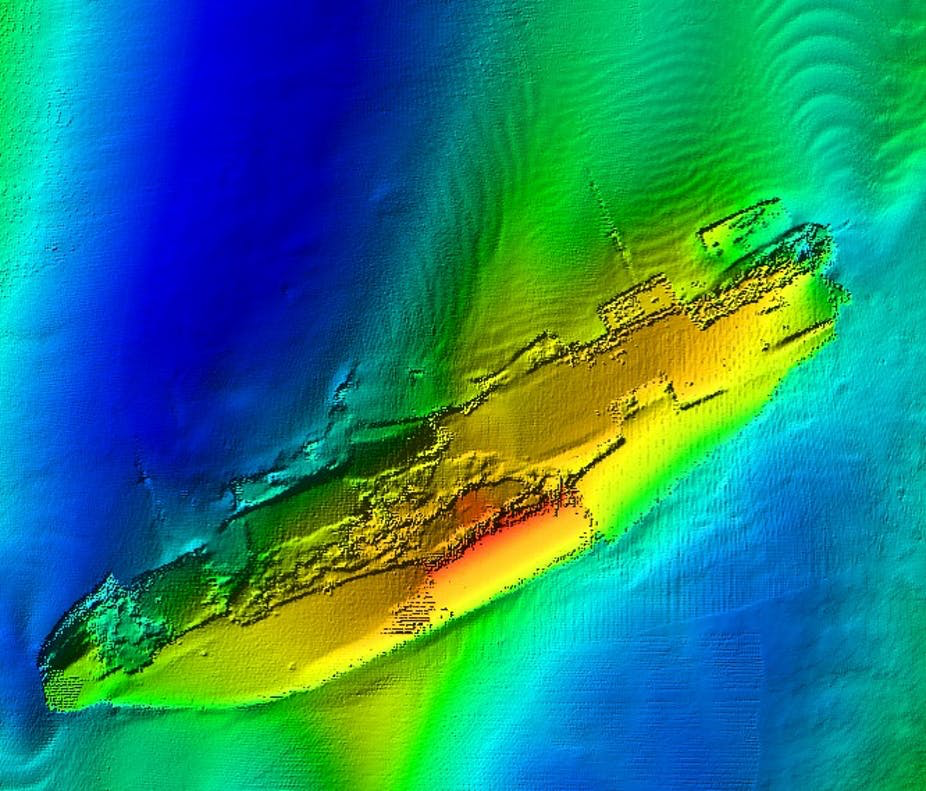 The marine environment off North Wales is renowned for its potential to provide significant quantities of renewable energy due to high tidal flows, which at specific locations can exceed 3ms-1 on spring tides.

Improving our understanding and aiding the understanding of MRE developers at these sites, in terms of water flow, the nature of the seabed and the influence of marine renewable energy (MRE) infrastructure on the environment. Scientists based at the School of Ocean Sciences (SOS), have the capability to do this through access to the latest sonar survey technology and Bangor University’s fleet of research vessels.

Previous surveys undertaken at these sites lack detail, however over the last five years technology and surveying techniques have improved dramatically and scientists at SOS are now able to examine the seabed at a much higher level of detail, sometimes this is better than 5-10cm.

This capability is now being used as part of the ERDF-funded SEACAMS2 project to support the MRE industry in Wales and has resulted in high-resolution images of shipwrecks in Welsh waters. Shipwrecks, are common around the coastline of Wales and are being used as ‘analogues’ to determine how the seabed in a particular area will be modified if a structure such as a foundation or cabling were to be located nearby. The multibeam images and data obtained using the University’s research vessel ‘Prince Madog’ are being used to reveal exactly how tidal currents have removed or deposited sediments over time through monitoring the effects of turbulence, erosion and scour at different sites.

Initial studies of shipwreck sites were undertaken as a means to identify safe dive sites to support the tourism sector in Anglesey but has now expanded into supporting MRE research. Over one hundred sites from a total of more than three hundred wrecks have been surveyed, with the data often yielding surprising results.

Up to 50% of the wrecks off the Welsh coast have been miss-identified. Further research in association with heritage sector partners such as the Royal Commission aid in clarifying what happened to these vessels, many of which were casualties of intense U-Boat activity off the coast of Wales during WW1. Visualising, for the first time in 100 years, these ‘out-of-sight’ war memorials, is astonishing.

The data provided from such surveys will also improve our understanding of marine processes across a range of sites throughout Welsh waters and provide companies such as Minesto with a much clearer understanding of basic but important questions. Minesto are developing the world’s first ‘tidal kite’ off the coast of Holyhead and surveys are ongoing to reveal exactly how their associated concrete foundation is influencing the seabed in an area known as Holyhead Deep.