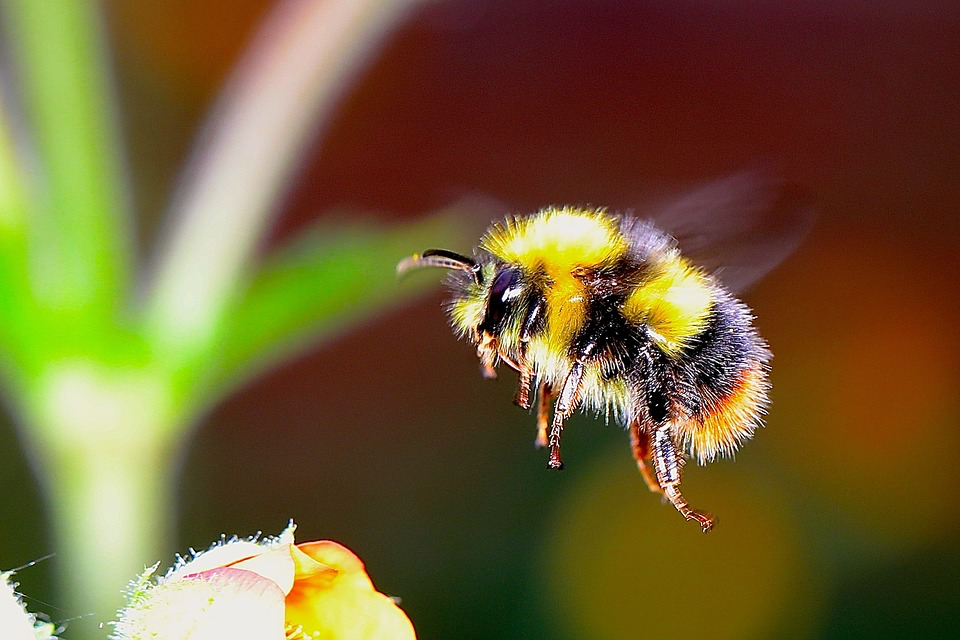 Bangor University experts are pioneering “backpack” transmitters for bees. The technology, originally developed in 2015, is attached to bees so scientists can track their movements. The charge powers a signal, which can be followed by an overhead drone as the bees fly over a wide range.

Scientists hope tracking them will provide clues as to why some pollinating insects are in decline.

“Existing bee monitoring devices face limits due to their weight, range, and battery life duration and these are the problems that we’ve set out to resolve using cutting-edge micro-technology,” said Dr Cristiano Palego, from the University’s School of Electronic Engineering.

“We have proven our ability to harvest the bee’s electrical energy to enable us to eliminate the need for a battery all together and our end product will weigh less than a half of bee’s body weight, or less than a raindrop.”

Paul Cross, the University’s senior lecturer in the environment, said the technology was “akin to a bee wearing a rucksack” to enable scientists to learn more about where they go. “Bee populations, our vital crop and fruit pollinators, are in serious decline. Their survival faces challenges on several fronts, insecticides and varroa mites to name a few,” he said.

The project partner is the Bee Improvement and Bee Breeders Association, with funding from the Knowledge Economy Skills Scholarships Programme using European Social Funds. Some of the first flights were shown on the BBC’s Countryfile programme on Sunday. The experts revealed bees were put into cold temperatures to reduce their activity before the device was glued to their backs, prompting some concerns on social media about the technique and the size of the transmitter. The programme tweeted “no bees were harmed in the filming of this programme”. The University also tweeted to say that more work was being done to reduce the size of the device.