Eco-terrorism: Is arson the only way to get the attention of the government and corporations or is there an alternative? 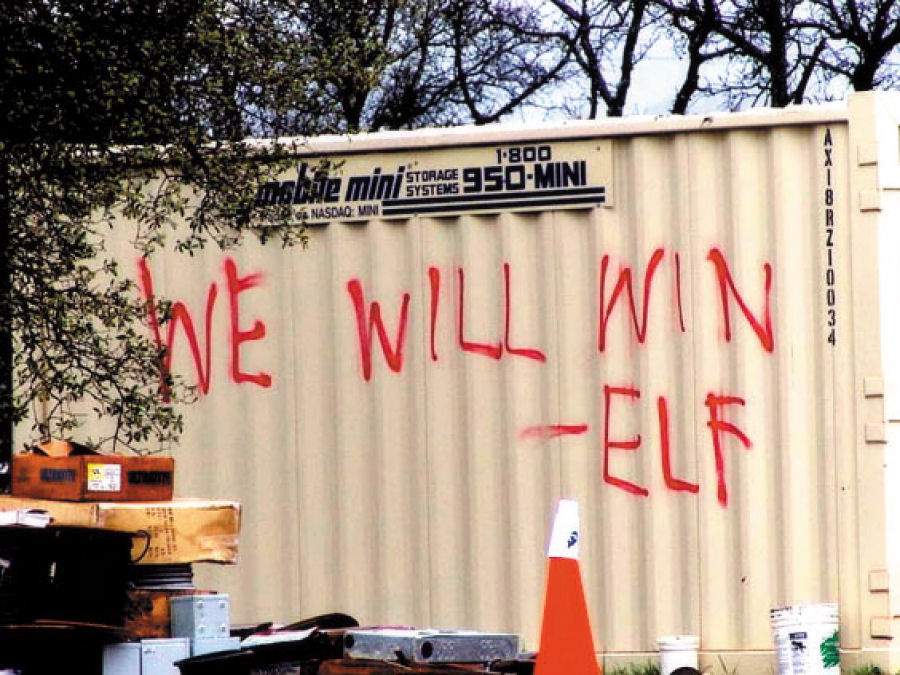 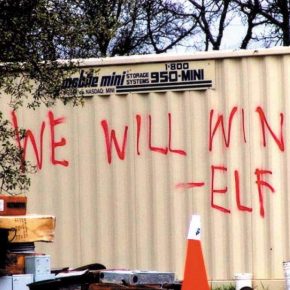 The FBI defines eco-terrorism as “the use or threatened use of violence of a criminal nature against people or property…for environmental-political reasons, or aimed at an audience beyond the target, often of a symbolic nature.” Unlike actual terrorists, ecoterrorists attack money, not people. They are known for burning down buildings that contribute to pollution, destruction of a natural area or promote urbanisation. The Earth Liberation Front (ELF), established in Brighton in 1992, was the first organisation to be labelled “eco-terrorists” when an American cell burned down a ski resort in Colorado costing the owners $12m. Elf claimed afterwards that “of clearcuts will ruin the last, best lynx habitat in the state. Putting profits ahead of Colorado’s wildlife will not be tolerated”. At the heart of the ELF’s radical environmentalism is the bio centric belief that human beings are just ordinary members of the biological community (and that we should act accordingly).

The ELF are mostly known for the millions of dollars worth of damage caused through arson, but they have been known to spike trees with nails which, although harmless, can break chainsaws and timber mill saws. They are often portrayed in the media as dangerous to the working men who fell the trees, but tree spikers mark spiked trees clearly for the safety of workmen.

The media enjoys the attack on the “terrorists” because of the comparisons they can draw between the guerrilla tactics used by the ELF and the Vietcong, as if they are comparable. One thing that works in favour of the ELF is that there have been no human deaths from their actions. They have caused over $50m of damage at one time, but it is still the rich man who values industry over nature that is hurt by their actions.

When the facts are laid bare, propaganda will only stretch so far. The discussion really lies in whether you think this is the right path to take. With governments backtracking on environmental policy, slashing renewable energy subsidies and threatening to drill oil in all the earth’s most sacred natural places, is this the only way to be taken seriously? Is the only way to speak to the mega-corporations, to cut off their production? When peaceful environmental protests are kettled and plans for more London airports rolled out every day is there another way to stop or even slow the damage being done to the environment?

Of course these actions should not be necessary, but governments of late seem to be spouting a lot of hot air about how they care for the environment. Politicians know that green is trendy and that to appear so, wins them points. At the moment, a point scoring game is all it is. How can we get governments, especially ours to take the environment seriously?