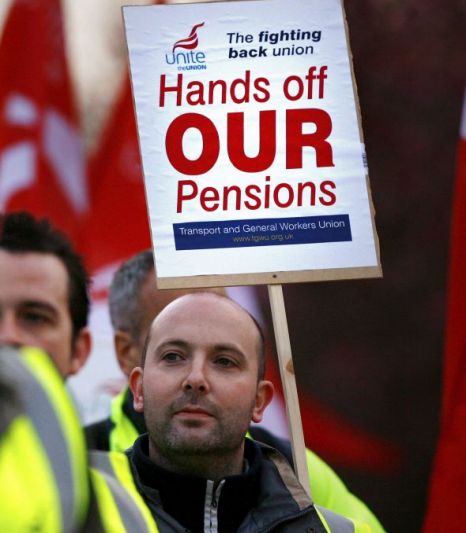 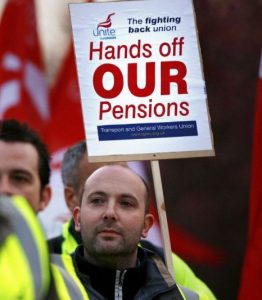 Wednesday 30th November will see the biggest mobilisation of public sector workers in decades; they are all going to be at it: Heathrow, Schools, NHS workers, Border Forces. In other words, disrupted services right, left and centre. Pensions,  that is where it starts and ends. When the NHS was implemented in 1945 it promised a Welfare Service looking after to you from cradle to grave. Generations down the line and that sentiment still remains noble if not completely realistic. Of course everyone wants it, and damn right expects it. Whoever is the first to propose scrapping elements of the welfare system would see catastrophic opinion polls. Who wants to lose their comfort blanket? But that was before a 60 million plus population combined with everyone living into infinity and beyond. Yes, I want a pension and a ruddy good one! But I know aged twenty that I can’t solely rely on the state to take care of me when I’m old and wrinkly. Plus I hope to be old and wrinkly for a while,  especially if I pay my National Insurance for all my working life!

Understandably the public sector wants what their bosses have got and what everyone presumes they will have. But with the estimates of the strike causing £500million to our ludicrously fragile economy, surely it is a wee bit irresponsible to be holding such a debt boosting strike when we’re already rocketing towards calamity? They have had a year of negotiations but when you look at the actual figures, it works out (including percentage of turn out and percentage of actual votes) that only 20% of Union members want to take strike action at all. They might want to go on holiday or need an emergency surgical operation. Oh wait. They can’t! Is any worker ever completely satisfied? The answer, in all probability is no. But you don’t see the private sector walking out and causing colossal damage to our economy.

The Government cannot afford to keep paying out for public sector pensions the way it has been. Simple. I wish it wasn’t but it is. This is only showcased by Ed Miliband’s refusal to publicly back the strike which will see over two million people activated.  If the Union safe guarder is against them striking who can they count on for any political support or lee way?

Yes, the dispute over pensions needs to be solved, there definitely needs to be a compromise between government and the public sector, but I’m just asking if now is the right time? Instead of building up to the festive season, people are faced with cancelled flights, cancelled operations and cancelled lessons.