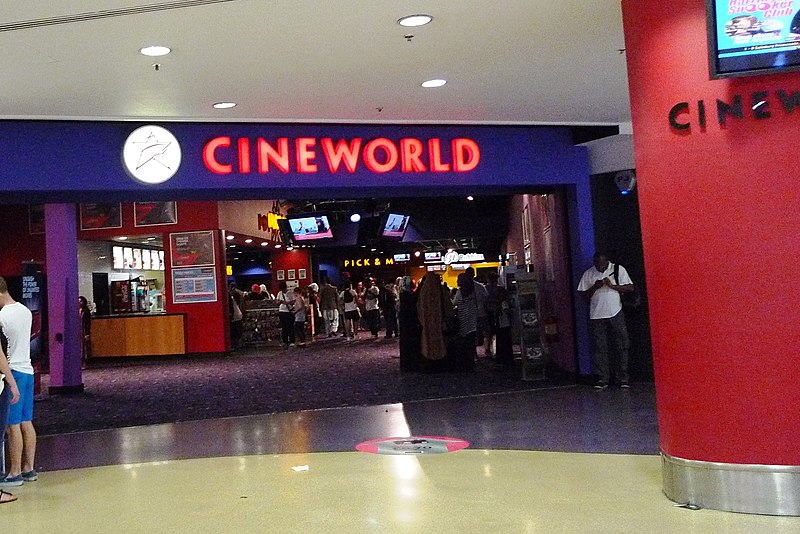 Llandudno Junction is one of Cineworld’s many movie theatres set to temporarily close due to the results of the Coronavirus pandemic. Many UK cinemas have been receiving different forms of backlash from local communities in their attempts to recover from the damages that have developed since the national lockdown over six months ago. Many local residents, cinema-goers, and politicians have shared their view on the predicament that the art industry is entangled in currently. Rishi Sunak (Chancellor of the Exchequer) said people who work in the art industry “should retrain and find other jobs”- a claim that recently went viral, striking outrage on Twitter and other social media platforms. Many artistic outlets; cinema, theatre, galleries etc, have struggled over lockdown and are yet to reopen. Take a look at London’s West End (a prime example of the struggling industry), the matter of uncertainty being a huge factor in worries for the industry’s future. Cineworld cinemas seemed to be taking a step in the right direction, opening their doors at the end of July 2020, progressing earlier than many other industries at the time. The news of the recent cinemas closing is disappointing, given that the Government promised a package of more than 1.5 Billion to help the arts and culture industries forced to shut down earlier this year. After announcing the above statement the Government responded “Culture and Heritage are at the heart of communities across the country, enriching the lives of millions, and this financial investment is testament to the role this sector plays in our lives. This funding will prioritise institutions of national and international significance and those that are crucial to the valuable cultural fabric to places and communities and down the country. In order to receive support, organisations will need to demonstrate that they are at risk in this financial year and have done all they can to exhaust other options. This fund will support organisations through to the spring of 2021”.

The question arises; why must they be closing so quickly after reopening their doors? The closing of the well-known chain was decided when the release of the latest James Bond film was even further delayed from November to spring 2021. Cineworld’s CEO states that without major films releasing, cinemas cannot stay open. The closure of its 128 sites across the country will result in wiping a third of the company’s value, which have already lost 90% of revenue this year, one of the biggest corporate casualties of this pandemic. Moreover, the result of the closure will lead to 5500 jobs being put at risk. This is extremely troublesome for any Cineworld employee as unemployment rates have sky-rocketed since the national lockdown. Moreover, around 730,000 people have lost their jobs in the UK since lockdown began in March, official statistics show this is the largest quarterly slump in employment since 2009. With no extension made to the Government’s furlough scheme, Cineworld employees will struggle financially after October 31st. However, there is some hope for Cineworld employees as the government will be releasing a Jobs Support Scheme to offer some aid during these unprecedented times. The question arises; how much support will there be? To add, The Times also reports that Cineworld hopes to reopen next year, asking some of its staff to accept redundancy in the hope that they will be able to rejoin the company when theatres open again.

It will be a shame for such a vital part of the Conwy county community to be closing indefinitely, as it is one of the most prominent venues in North Wales attracting customers from numerous counties along the coast. Cineworld will no doubt be highly disappointed having to close their doors this near to the half-term school holidays and also the festive season. What will the future look like for the county’s community, the entertainment industry and Cineworld itself? Of course, Covid-19 isn’t the only thing the cinemas have had to battle. With the ever-growing medium of technology and the rise of the Netflix-era, cinemas and theatres have had to compete to stay open. This temporary closure of Cineworld could be the beginning of the end for cinemas across the country, as Odeon cinemas have begun to follow in the same pattern as Cineworld by cutting their opening hours to weekends only. From the text above, it is apparent some people see the crisis cinema finds itself in the midst of today as a mild foreshadowing of its death, visible on the horizon.