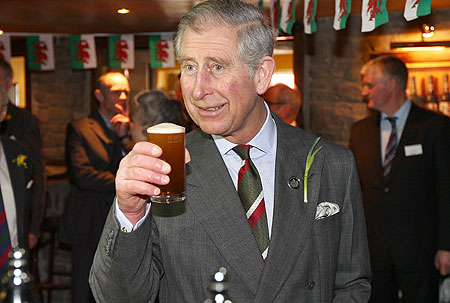 It is easy to forget sometimes that in many senses, we are not citizens of a country, but subjects of a hereditary monarch. It is, for some people, hard enough to stomach the idea that a single person could inherit an entire country; it is much harder when it is revealed that the Government has been offering vetos on various bills to the heir to the throne.

A constitutional loophole forces the Government to ask permission of the Prince of Wales if a bill touches on his private interests. Unlike Royal Assent which is required for a bill to become law, they must seek permission from the Prince prior to a bill passing. In particular, it is as the Duke of Cornwall (with a private estate worth £700 million) that the Prince’s permission has been sought, on issues varying from gambling to the Olympics.

The existence of this legal necessity became clear after an investigation by The Guardian newspaper published last month. It revealed that since 2005, 6 departments have been forced to go to the Prince on 12 different bills. Prince Charles refused to comment on the matter, a spokesman citing “a long-standing convention that protects the heir to the throne’s right to be instructed in the business of government in preparation for his future role as monarch”.

How his much admired range of quality, organic biscuits and other food stuffs, as well as his range of ‘alternative’ medicine (described as “outright quackery” by the UK’s first professor of complimentary medicine) helps to prepare him to be King is unknown.

This debacle points to yet another weakness in the British Constitution. Because of the piece-meal development of British Government over many centuries, Britain, unlike many other Western nations, has no written constitution. In the past this has always been explained by the fact that Britain has never had a large scale revolution in the way France or America has. This explanation no longer holds much water.

The status of the Corporation of London – the council for the area of London officially known as ‘The City of London’ – has raised eyebrows. Unique to anywhere else, companies get votes in the local elections – the bigger the company, the more votes they have. The City, known as the Square Mile, contains only 9,000 night time residents, but a large number of financial institutions. It is in effect an area of London run by the banks that were recently bailed out.  The Lord Mayor of London is little more than a mouth-piece for the interests of big business.

Yet again, there are legitimate reasons for how this occurred. Centuries ago, the City of London was inextricably linked to the guilds and merchant men. Over time, these guilds became eclipsed by the size of the companies that surrounded them – however, their influence did not. Again, this explanation holds little water in the 21st Century.

It is easy to see why politicians aren’t keen to introduce a written constitution. The uproar that would occur if the loopholes necessary for the Prince and the City to retain their privileged status would be enormous and the large companies don’t want the issue raised.  But this is precisely why a written Constitution is needed.

Regardless of whether or not you support a Monarchy or a Republic or some other version, you cannot help but feel that big business or the eldest son of the monarch having more democratic rights than you is an insult to the ideas that our entire society is based on. It is time Britain joined the 21st Century and let go of those parts of the past that hold us back.