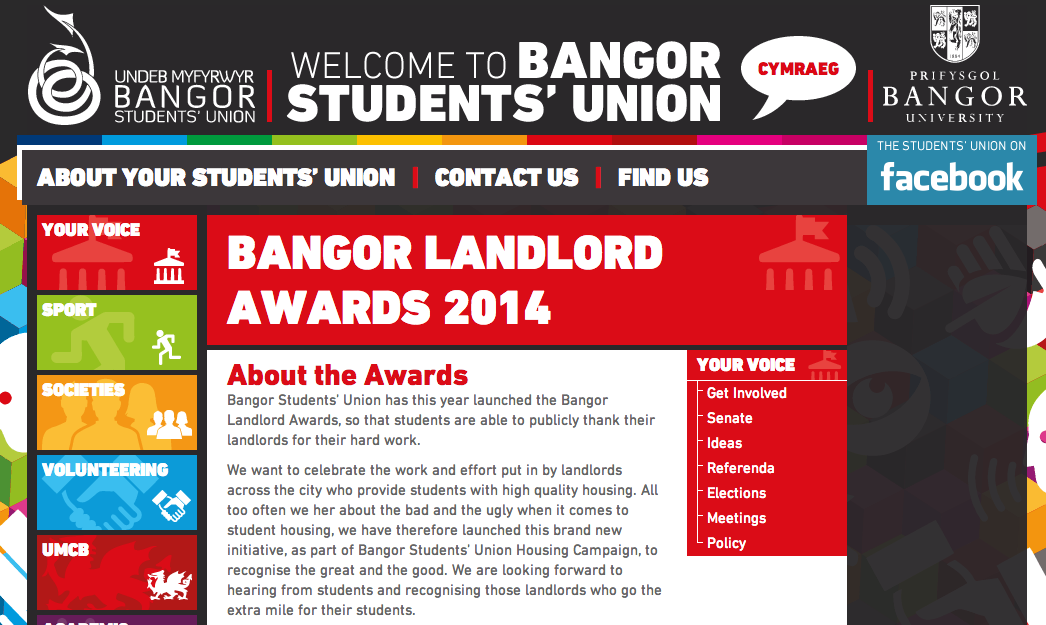 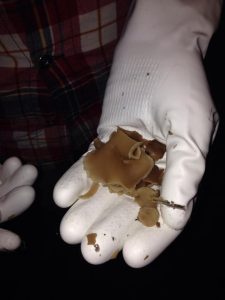 This year the landlord blacklist, which has been crucial to students of previous years, has been removed from the Bangor website. It seems that instead of condemning landlords for their insufficient houses and poor reputations there has been more of a focus on the ‘good’ landlords.

Today was the launch of Bangor Landlord Awards 2014 which has contributed to this new positive attitude towards housing. The Student’s Union have said, ‘We want to celebrate the work and effort put in by landlords across the city who provide students with high quality housing. All too often we her about the bad and the ugly when it comes to student housing, we have therefore launched this brand new initiative, as part of Bangor Students’ Union Housing Campaign, to recognise the great and the good.’ The scheme has been set up so students can publicly thank their landlord’s who provide high quality housing across the city. Nominations are now open and will be closed on 1st January. The nomination categories are: Value deal of the year, Small landlord of the year, Large landlord or managing agent of the year, and Responsive landlord of the year

There has also been a  buddy scheme launched this month by the Students’ Union as a part of the Bangor Students’ Housing Campaign.  The scheme enables students to pair up with another fully-qualified student who will accompany you on any house viewings and  ask all the awkward questions you wouldn’t want to ask, or wouldn’t think about! 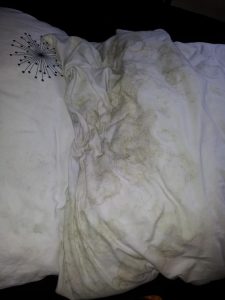 It doesn’t stop there! There have been housing workshops on all week, providing information on contracts, deposits, bills and more. If you missed any of these dates there’s no need to worry another fair will be taking place on the 27th January 2-6pm at Academi, the official housing lists will also be made available on this date. Students are encouraged to wait until the lists are published before looking for properties.

Hopefully these new schemes will help prevent the housing horror stories we hear about every year. Here at Seren, we have been aware of student housing issues for a while. Last January we told you about some of the housing horror stories we heard to prevent you new house hunters from making the same mistakes. This year unfortunately, we have heard even more housing nightmare stories, from peoples roofs falling in to deposits being taken for no clear reason. It will come as no surprise that the most reoccurring problems seem to be ones of mould and damp issues.

The removal of the Landlord blacklist is quite worrying. It has been available for years and for good reason. There are many landlords in Bangor with reputations of having awful housing  and this list was one of the key ways in which students could avoid these houses.

It’s important that landlords who are providing good houses and service are acknowledged and I think the Landlord Awards is a great way of doing this. However, I also think it’s essential that the landlords who provide some of the awful houses I have seen over the past few weeks are named and shamed. The blacklist was a safety net for students. It meant we avoided even looking at houses that had previously affected or even been harmful to previous tenants.

The Vice President of Education and Welfare, Rhys Taylor has commented on the removal of the list, ‘It’s not all about doom and gloom. Despite seeing the benefits of a University Blacklist or ‘Rate your Landlord’ scheme, it’ll cause more problems than it solves. Our brand new Landlord Awards will in the long term encourage landlords to do more for students, and will eventually push up standards in the private sector. By awarding those landlords who succeed in providing a home fit for study, we can begin to set a precedent among landlords, establishing a minimum standard for student housing in Bangor.” 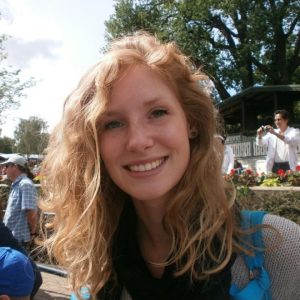 “I had terrible luck with my first accommodation during my first year. When we first moved in we noticed a funny smell in our room, and some mould in the kitchen and bathroom, but thought little of it. Within a month however, I had become so sick I was coughing all night, my lung capacity down to about half – I couldn’t even walk up to the university without fainting! It started with cold symptoms and a fever, at which point I went to the doctor for the third time, this time demanding tests for what clearly wasn’t the flu. All I got was a feeble note suggesting much but saying little. As the issue nearly went legal against our landlady and an Environment Health Inspector deemed it harmless the mould was floor to ceiling and had ruined nearly all our possessions. After moving into asbestos-infected (old) Garth I felt instantly better, but my lung capacity was decreased for months and I had a sore throat for weeks. I would urge anyone with similar issues to not back down – there’s no such thing as harmless mould.”

One word describes my house from last year, freezing. I thought students were taken the p*ss when they moaned about having to wear layers and gloves inside but I realised this was the truth when I was wearing thermals and a dressing gown to bed. I even took to wearing my coat whilst cooking. When we first signed the contract we were all over the moon. We had a large five bedroom house that was clean and at a reasonable price. What we didn’t realise was that the house was so damp and poorly insulated that despite having the heating on constantly the house was still minus Moscow.  Not only did we realise how cold the house had become the lovely white wash walls soon become covered in mould.  There was a rainbow of moulds from pink to black all over the house. I had to throw out a coat and two pairs of shoes as they were stuck together with mould. It had become apparent in our final few months in the house that we had been clearly tricked into thinking we had one of the rare mould/damp free houses in Bangor. Our landlord informed us that he had to come around and do “some maintenance work” which didn’t surprise us as he was constantly in the house. By maintenance what he really meant was, that he needed to repaint the mouldy walls so house-viewers could be just as oblivious to the state of the house as we were. My housemates and I decided it was unfair and that we should be present for all future house viewings and give the viewers the honesty they deserved.

We later found out they had reduced the rent of the property significantly and included bill payments within this one lump sum. The worst part of it all was by the time I had paid for the heating of the houses I was paying more to live in that slum than I did for my lovely warm Peris flat I had in first year. 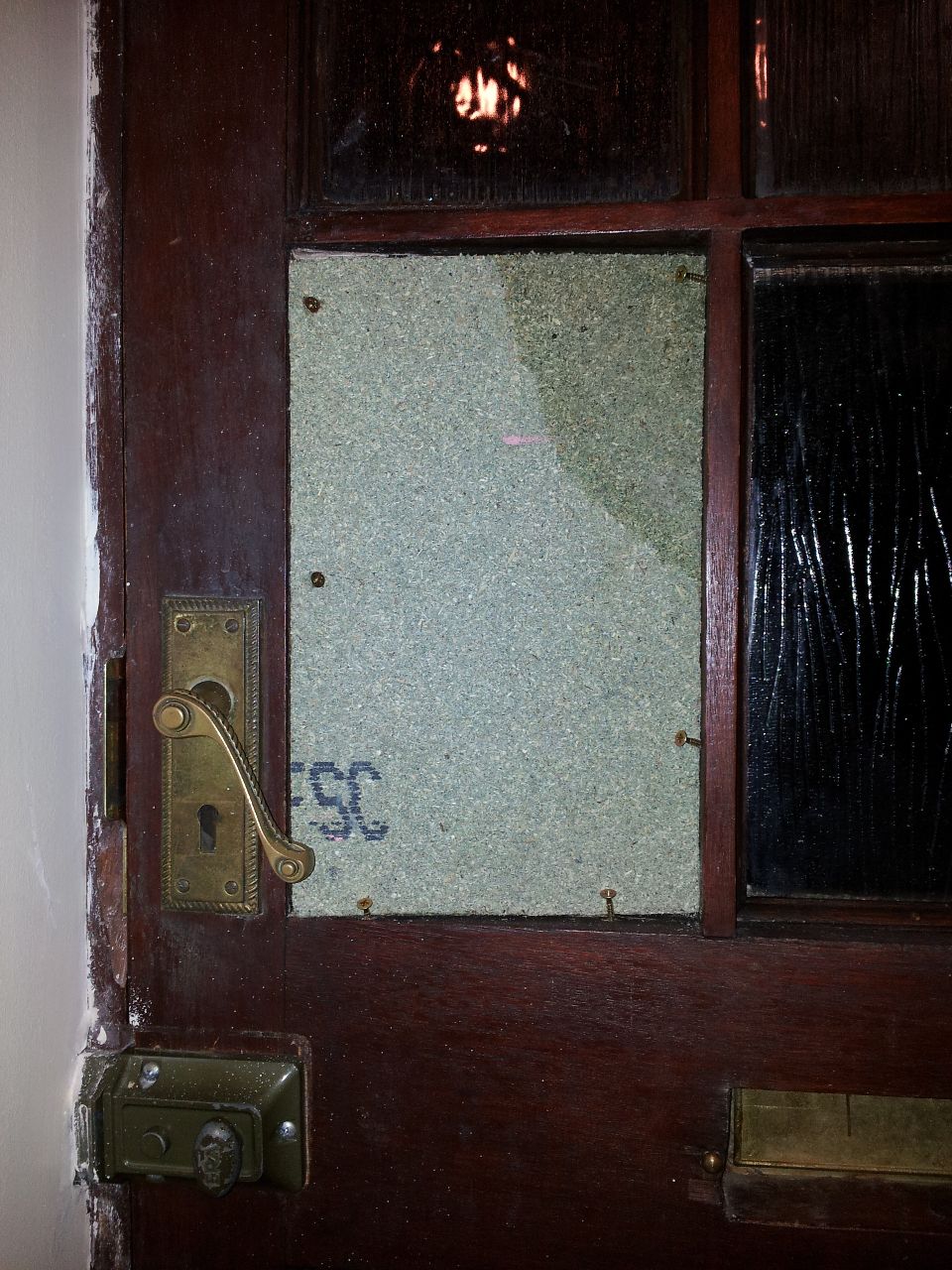 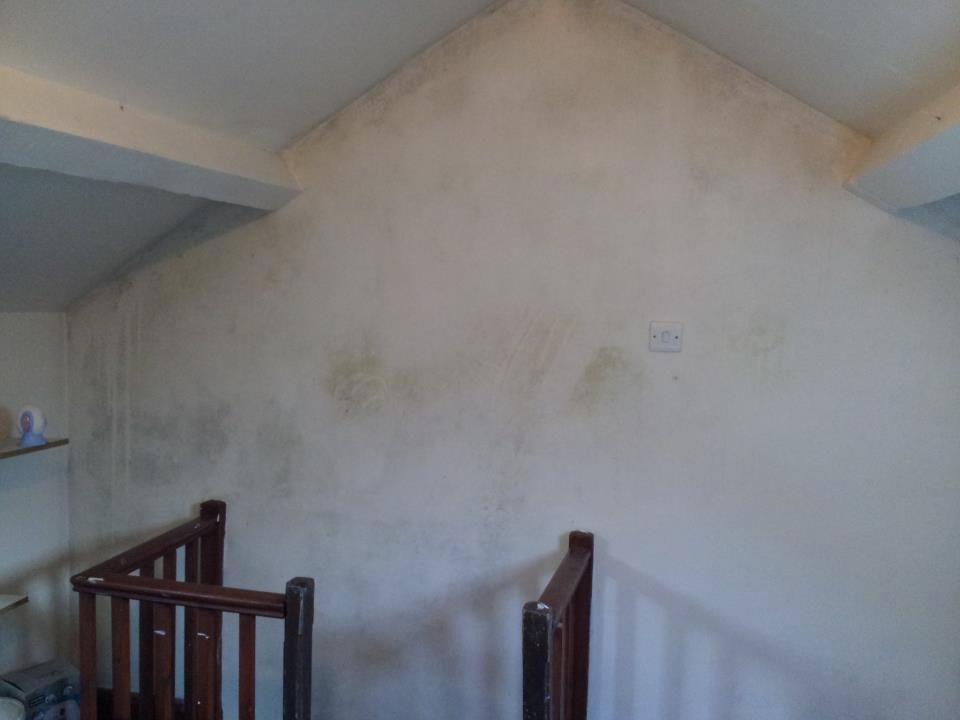