In Defence of Directioners 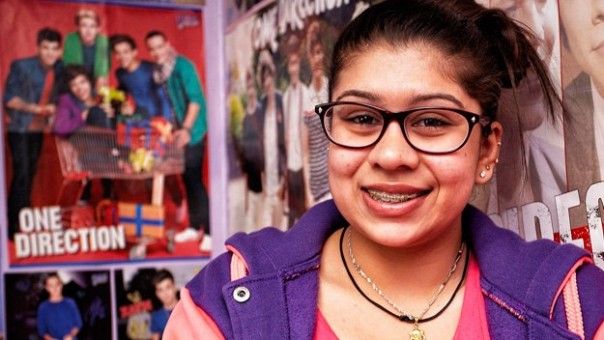 As everyone who is a regular user of the site will know, it’s hard to log into Twitter these days without One Direction being the subject of a trending topic. While their huge internet presence is mostly down to the band’s massive success, it can also be attributed to their rabid online fan base, which was subject to a documentary film last week.

Channel 4’s Crazy about One Direction exposed some of the most neurotic behaviour of the Directioners’ (the name for fans of the band), from girls practically stalking the band in their efforts to meet them, and hoards of fans harassing the boys’ ex-girlfriends, including the pop star Taylor Swift. The film’s focus on these seemingly crazy activities drew some criticism, especially from the fans themselves, and a Twitter hashtag #ThisIsNotUs (a play on the title of One Direction’s upcoming film, This Is Us) was spread by irate Directioners who argued that they were portrayed as ‘insane’, in contrast to how the fan base really is.

But in their defence, the Directioners do have a point, as the film did seem to focus on a small group of obsessive fans. Everyone had their thing that they loved when they were teenagers, but while accusations of stalking and harassment are about as serious as it gets, is there really anything that crazy about a pre-teen girl hanging up posters of a popular boy band in her bedroom? It’s also worth remembering that Directioners are not the first fan group to go completely over the top in their devotion. The hype surrounding The Beatles reached unprecedented levels, where the screams of the fans at concerts would actually drown out the music played by the band, girls would regularly faint in their presence, and one fan reportedly almost died when she tried to mail herself to the band in a giant box. Furthermore, this extreme behaviour is not just found in music; sports fans across the world have literally caused riots over the performance of their favourite team, and the primary fan base of football clubs are about as far away as it’s possible to be from teenage girls.

Obviously the levels of obsession and intensity in the One Direction fan base are concerning, but people shouldn’t vilify them for simply liking a boy band. Every group will have the people who take things to the extreme, and it’s not fair to judge the whole community for their behaviour, because as long as you’re being thoughtful and respectful, there’s nothing wrong with being a fan girl every once in a while.

Sewing Solidarity: An Inside Look into the South London NHS Mask Hub