Military grounded as Search and Rescue is privatised 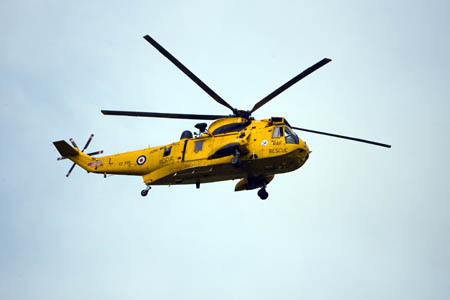 Rescue operations to be handled by civilian contractors

It was announced recently that the UK’s Search and Rescue Operations would be taken over by civilian contractors, with the RAF and Royal Navy no longer playing a role. This announcement was made after a first attempt to make the change had to be abandoned after irregularities were reported in the bidding process.

The first contracts are expected to be awarded in 2013, with the Transport Secretary Justine Greening claiming that the move would allow the military to focus on front line activities.

This announcement is one that has left a pit in my stomach. Generations of my family have spent time at sea; in the armed services, the merchant navy and for pleasure. I have many friends that enjoy mountain climbing and hiking. The idea that their lives could depend on the whims of shareholders, rather than the skill of highly trained professionals, leaves me with a sick feeling in my stomach.

I have many friends that enjoy mountain climbing and hiking. The idea that their lives could depend on the whims of shareholders, rather than the skill of highly trained professionals, leaves me with a sick feeling in my stomach.

For centuries many men and women have volunteered to provide help to those in trouble on the sea and on mountains and the Government has for decades, acknowledged the importance of ensuring that the RNLI and Mountain Rescue have professional support to their work. As people have less and less understood the importance of the sea in terms of food security and trade, so understanding of the dangers of life at sea have dropped.

To put the lives of the many thousands of people who rely heavily on this service into the hands of profit making companies, whose first duty is not to people’s lives but to shareholder dividends, is a shocking sign of the priorities of this Government. To at all link the two is to say that profit is as important as human life. This should not stand.