Trending
You are at:Home»Lifestyle»Travel»A Walking Tour of Wroclaw, Poland 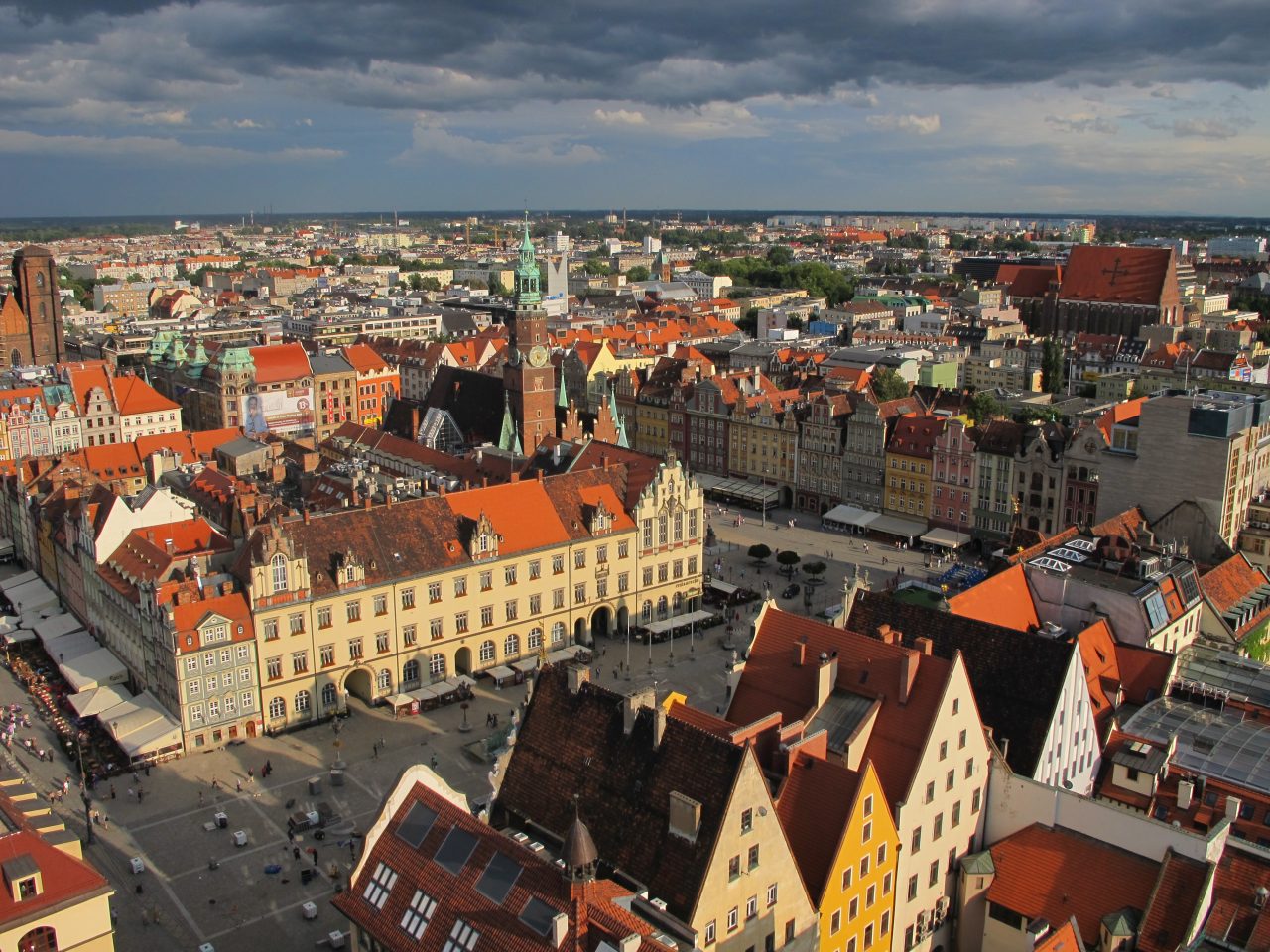 Poland is one of the largest countries in Europe by both area and population, and a fabulous destination for the budget traveller. Yet, it remains a relatively untravelled destination by students. Photo by Hedd Thomas.

Hedd Thomas, Seren’s Sub-Editor for Music covers one city in particular, Wrocław where he has lived in the past year. He believes the hidden gem makes for the perfect city break and encourages every Bangor student to visit!

Wroclaw is a favourite city for Poles but little visited by foreign travelers except for Germans, who often go to discover their family roots. Wroclaw, after all, was a German area for hundreds of years and called “Breslau”, but became part of Poland following the Second World War. A host city for UEFA Euro 2012 and the European Capital of Culture 2016, Wroclaw has seen some major investment in recent years, including a brand new, bright and cheerful airport. There are direct Ryanair flights from Liverpool that take just over two hours to reach, Copernicus Airport, Wroclaw. From there take bus no. 406 to the city centre. It takes half an hour and costs 3zł (55p).The beating heart of the city is a market square known as the“Rynek”, an architectural splendour with quality but afordable restaurants and shops, full of the electric energy of students, buskers and street performers. Formed around a medieval town hall, the buildings lining the four sides of the square are each unique with multi-coloured facadesand quirky gables. 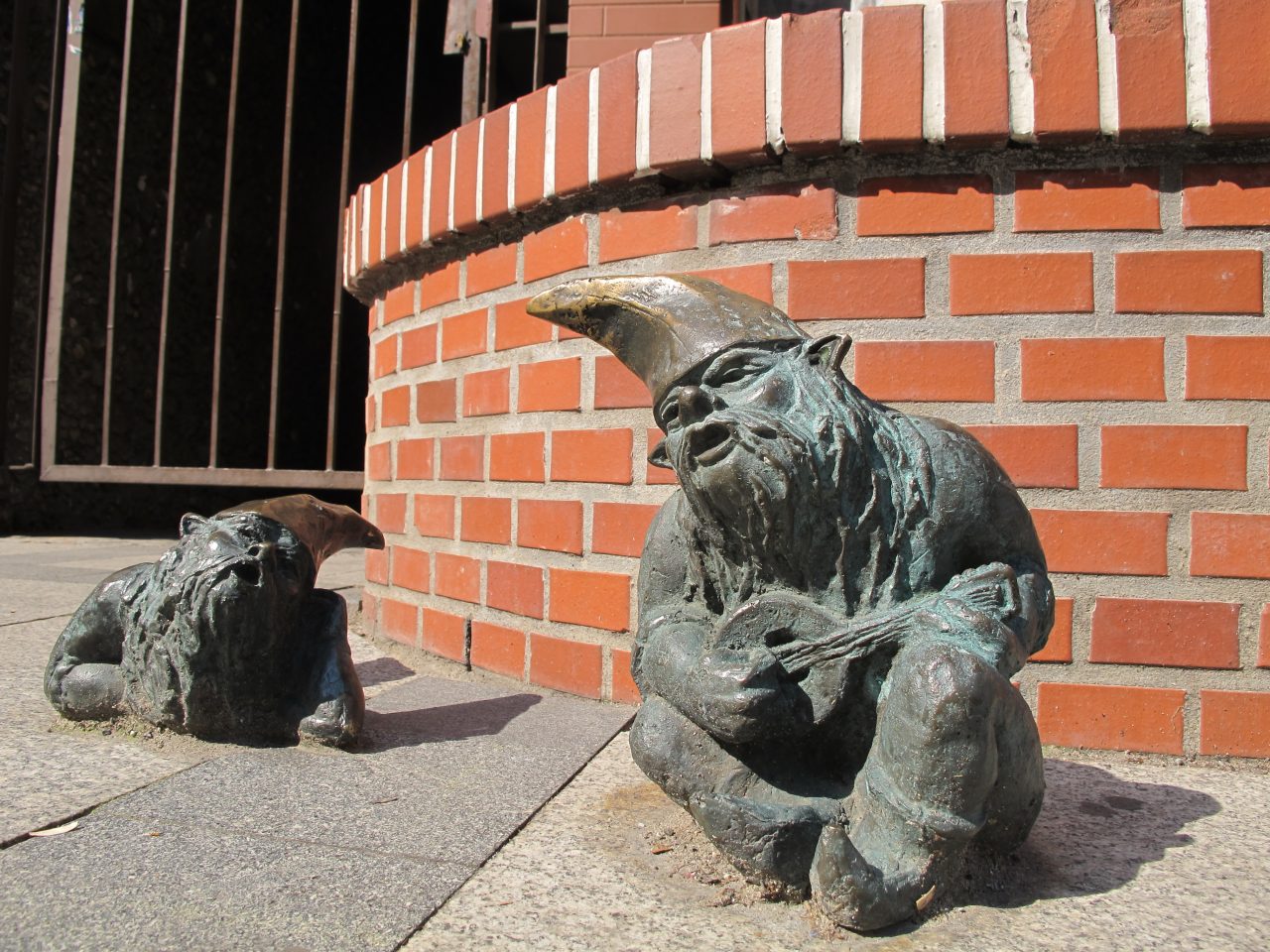 The Dwarves of Wroclaw. Photo by Hedd Thomas.

Walking around, you may think you’re seeing things. Little things. Little… men?! Don’t worry, that’s perfectly normal in Wroclaw. The city centre is dotted with hundreds of bronze dwarves, each individual with his (there’s only one lone lady dwarf among them) own name and occupation. If you’re travelling in a group, make it a competition between you all as to whom can spot the most!

Get some fresh air into your lungs with a stroll around the Cathedral Island. This complex of ancient re-ligious buildings actually spans two islands and a peninsular. Leave your padlock and your love on Tumski Bridge and explore the expansive Botanical Gardens that are just a few steps away.

One tourist attraction that certainly lives up to its hype is the Panorama Museum, a purpose-built rotunda that houses a mammoth panoramic painting. The subject is a battle be- tween the Russian and Polish armies in 1794, and when viewing it you’ll not only be amazed by the artistic achievement all around you, but also the feat of preserving and present- ing it to the public. Entrance is 18zł (£3.40) for students.

Later, head out to see the Centennial Hall, a UNESCO World Heritage Site that holds one of the largest domes in the world. The Hall in its 101-year-long history has hosted Expos, Nazi rallies, the Dalai Lama, grand operas and charity balls and, this year, the FIVA Volleyball Men’s World Championship.

Next, explore the pre-war archi- tecture of the Triangle District, one of the best-preserved places of its kind in Europe. Take away the satel- lite dishes that speckle the balconies and it looks exactly as it would have done a century ago. It’s a favourite spot for film-makers for this very reason, and has previously stood in for the streets of 1930s Rotterdam and Berlin for the silver screen. But beware, the area has a rough repu- tation and is affectionately known as Bermuda Triangle. “Who will enter here, will not exit alive,” reads inscrip- tions on the walls.

For something a little less threatening, check out the city’s Jewish history with a visit to the newly-restored White Stork Synagogue and the Jewish Cemetery. Whatever you do, make sure you end your adventure in Wrocław by climbing the tower of St Elizabeth Church just off the Mar- ket Square. A few hundred steps later and you’ll be met with a fantastic view of the entire city. Spend a while spotting all the places you’ve visited before descending the tower and catching the bus back to the airport.