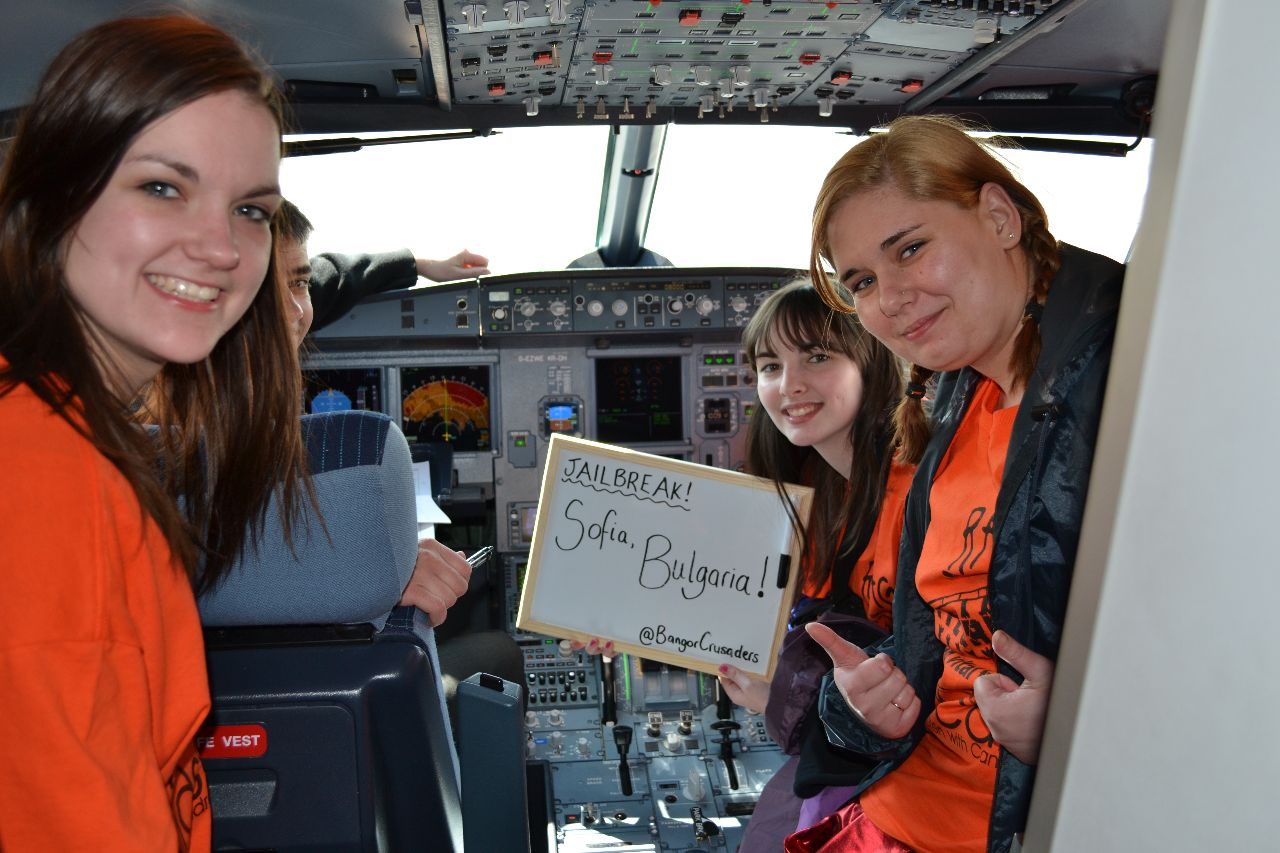 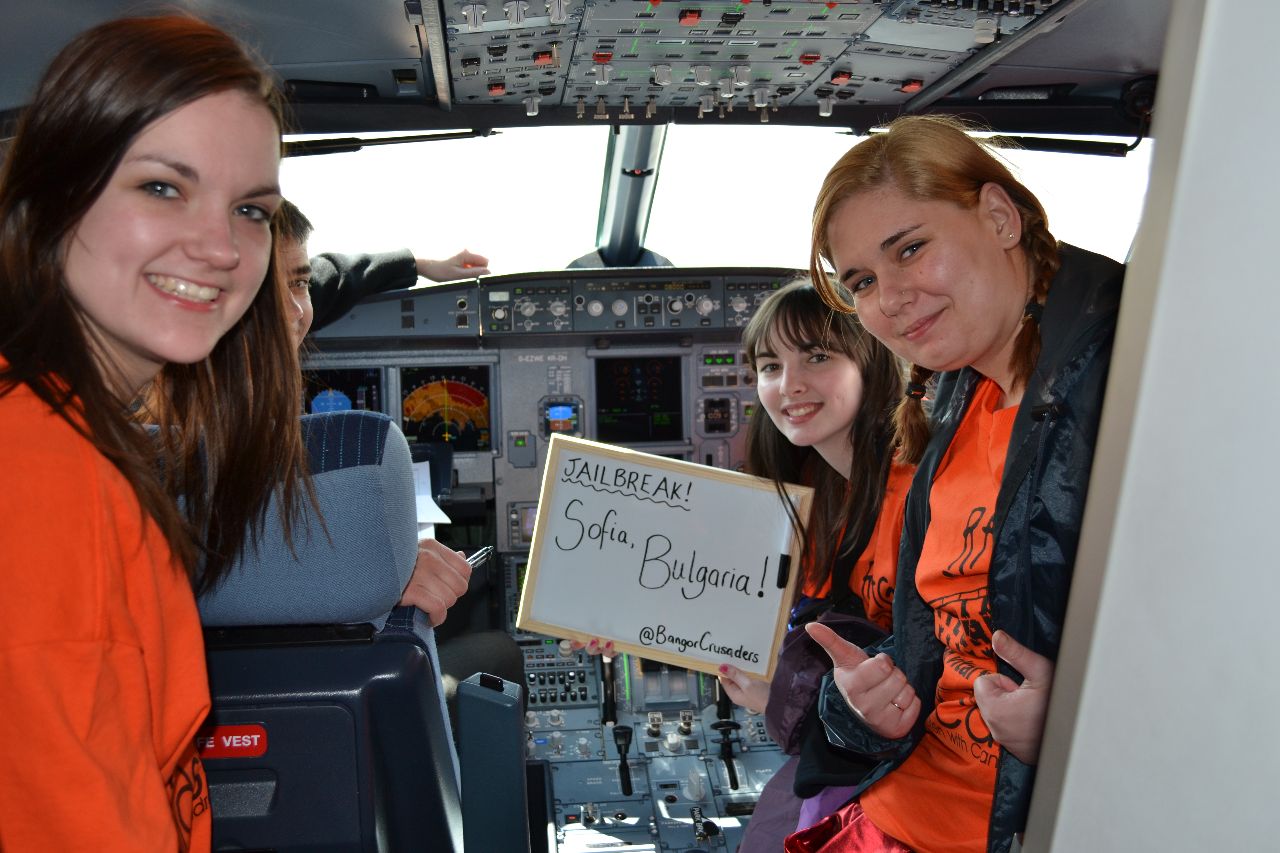 Imagine arriving in a country with no money, nowhere to stay, no knowledge of the area or contacts and absolutely no knowledge of the language. That’s the position we found ourselves in a few weeks ago stood in Sofia Airport, Bulgaria. We decided to take on the Jailbreak Challenge organised by RAG where we had 30 hours to get as far away from Bangor as possible without spending any of our own money. This was in order to raise money for KidsCan; a charity that researches cures and treatments for cancer in children. We spent weeks fundraising in our Superwoman costumes which were kindly discounted by Sparx and were shocked by the generosity of everyone – particularly many psychology lecturers.

The challenge started on the 22nd March at 4pm and after a cancellation scare due to weather conditions we were off. Our first lift was to Chester given by a family member who agreed to help us out for free when he found out the cause. We had a coffee whilst waiting for our next lift (getting many funny looks off people) and then a friend of a friend picked us up and we headed down South. We arrived in Watford, London at midnight and stayed at his house for a few hours refuelling on chocolate and nearly breaking our necks playing hide and seek in the dark! We moved on to Stansted Airport at 4am and thanks to a contact at EasyJet we were given tickets to Sofia, Bulgaria at a staff discount rate so we just had to raise £40 for the three of us which we had raised from local businesses in Bangor.

We managed to raise some more money for KidsCan in the airport which was great and despite being awake for 24 hours at this point we were really excited getting on the plane. When we arrived we knew we had to hitchhike into the city centre as there was no other option with no money and we managed to hitchhike twice. Once not so successfully to the other terminal and then again with a local who was keen to practice his English and gave us a tour of Sofia before dropping us off in the city centre. He warned us against trying to hitchhike to the next town as it was about two hours away and not a very safe place to hitchhike so we decided to stay in Sofia and look around. We stayed the next day too before getting a return flight home managing to see some beautiful buildings such as the St. Alexander Nevsky Cathedral, look round the local markets and try some traditional foods. 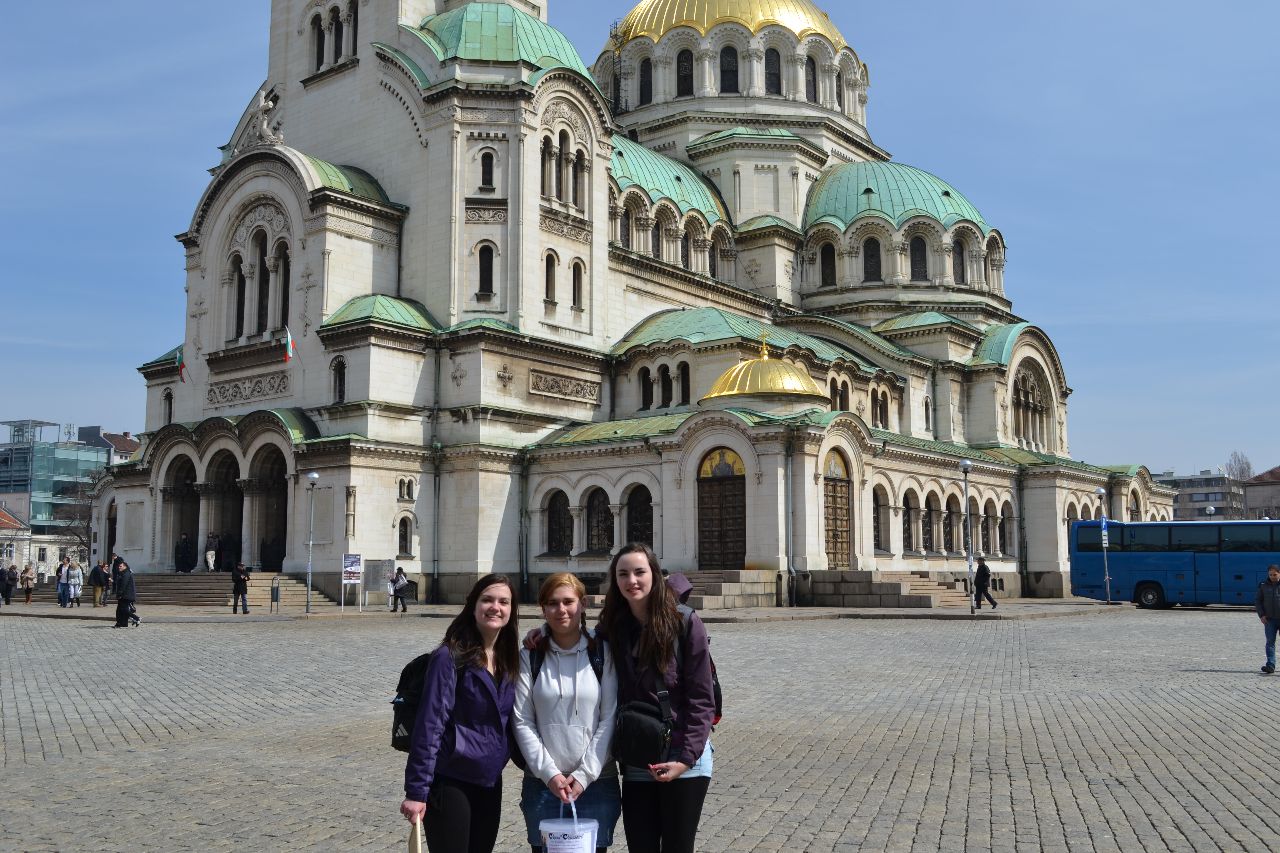 As a team we have raised approximately £750 so far, travelled about 1800 miles and had one of the best weekends ever despite the lack of sleep and constant walking! We would really recommend that anyone who is interested in travelling/doing something unique to raise money for charity should give Jailbreak a go next year!

Here is a movie we put together of our adventures