Around the world with Seren 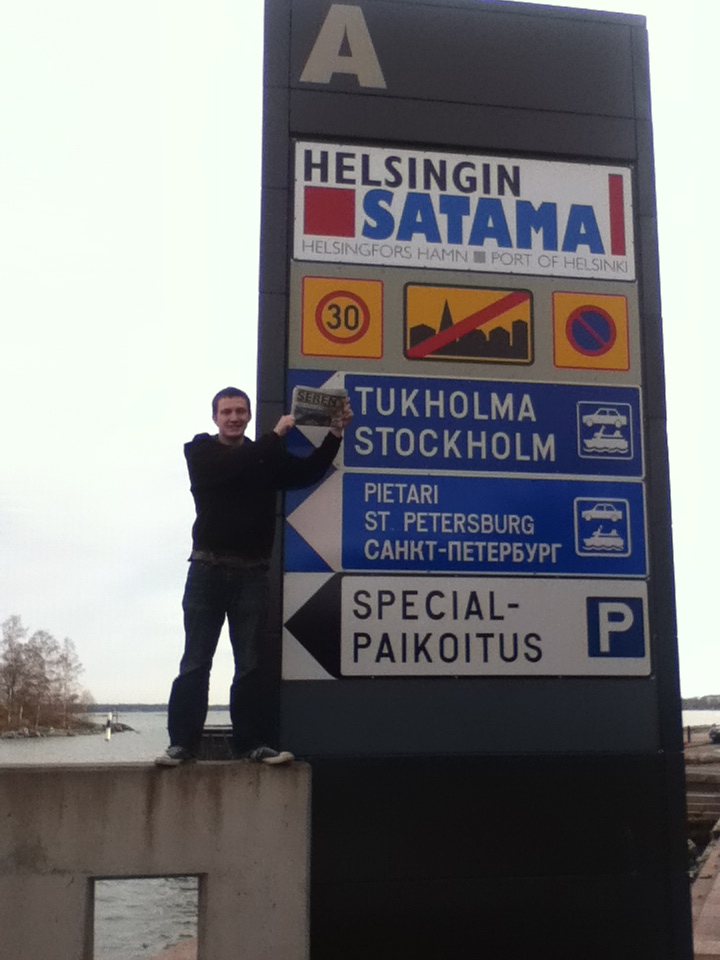 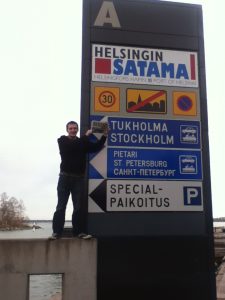 This issue of Seren has made it to… FINLAND…which is 1299 miles away from Bangor!

This issue Seren has travelled all the way to Finland! Timothy Jacobson travelled there and has sent us this picture to prove it. Congratulations Timothy you have been entered into the draw to win a meal for two!
Finland is a Nordic country situated in the Fennoscandian region of north-eastern Europe. It is bordered by Sweden in the west, Norway in the north and Russia in the east. The native languages of Finland are Finnish and Swedish and the capital is Helsinki, where five million of the population lives. Finland is a popular destination for many tourists as it is the country of Lapland. Many families travel out with their children who are very excited at the prospect of meeting Santa Claus. It is also a chance for people to see real-life reindeer, and take reindeer sleigh rides. Very exciting for both adults and children!

Top 5 Fun Facts About Finland:
1. The amount you get fined for speeding on the roads in Finland depends on the amount you earn.
2. It is the land of a thousand lakes – it has over 180,000 lakes.
3. There are no public payphones in Finland; there’s no need for them, everybody has mobile phones.
4. Finns love their sauna – there are around 2.2 million saunas in Finland, 1 for every 2.5 people.
5. Polar nights – there are days in Finland where the sun never rises.

If you become the person who takes Seren furthest ‘Around the World’, then you will win a fantastic meal for 2 at a selected restaurant in Bangor, including a bottle of wine!

All entries made will automatically be entered into the draw. The winner will be announced via email after the final Seren of the year! So get going, and see how far we can get Seren ‘Around the World!’