Where To Take Your Parents 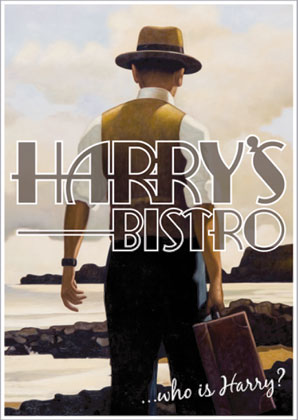 Your parents might need convincing that you’re eating healthy food at university so in an effort to quell any worries they might have, it’s a good idea to find a good restaurant to eat in should they visit.

It would be remiss of me to suggest that Bangor has lots of great restaurants to eat in. It doesn’t. There just isn’t the demand for really good independent restaurants. Prospective restauranteurs  habitually flock to neighbouring Anglesey, not least because of its inexhaustible natural bounty of amazing ingredients.

Notable places within Bangor include Blue Sky Café (just off the high street) Noodle One (further up the high street towards the train station), Yo’Mamas (opposite Lidl’s) and 1815 (next to Deiniol shopping centre.) The university’s restaurant, Teras, is especially good.

Cross Menai Bridge and convince your parents to go to any of the great restaurants on Anglesey. Harry’s Bistro, Beaumaris, is difficult to justify going to on a student budget but with a burgeoning reputation – it’s been nominated for entry in The Good Food Guide 2013 – it might be the sort of place parents are looking for; roasted chicken with broad beans, asparagus and pea gnocchi costs £12.95. Also located in Beaumaris is Cennin, a restaurant that has both a well-known chef, former Coleg Menai student Aled Williams of ‘Great British Menu’ fame , and the subsequent ball-achingly high prices. That said, the menu reads beautifully, particularly the risotto of prawns, clams, scallops brown shrimp and crab with samphire.If you think that sounds like food porn, it’s rendered as little more than coquettish foreplay when you hear the menu at The Harbourfront Bistro, Holyhead. This is proper X-rated salacious filth. Pulled pork – the zietgeist barbeque dish of the year – comes in a taco with homemade BBQ sauce as its lubricant for just £5.95. Cancel your subscriptions; spend your money here instead.If that isn’t enough to get you reaching for the tissue, the Belgian waffle with caramelised banana and toffee ice-cream should. If it doesn’t, you’re morally bankrupt.
drink food freshers issue225 restaurants
Share. Facebook Twitter Pinterest LinkedIn Tumblr Email