5 Shows To Binge Watch With Your New Flatmates

This gritty, true to life, occasionally heartwarming war drama follows the American Easy company as they wade into the Second World War coming across brutal skirmishes, deserted villages and horrific war crimes. Featuring some stellar performances from a relatively unknown cast at the time, many who would go on to become household names, including Damian Lewis, Ron Livingstone and Donnie Wahlberg. Plus, who doesn’t want to see Ross Geller make a fool of himself as Easy Company’s boot camp Captain Sobel. 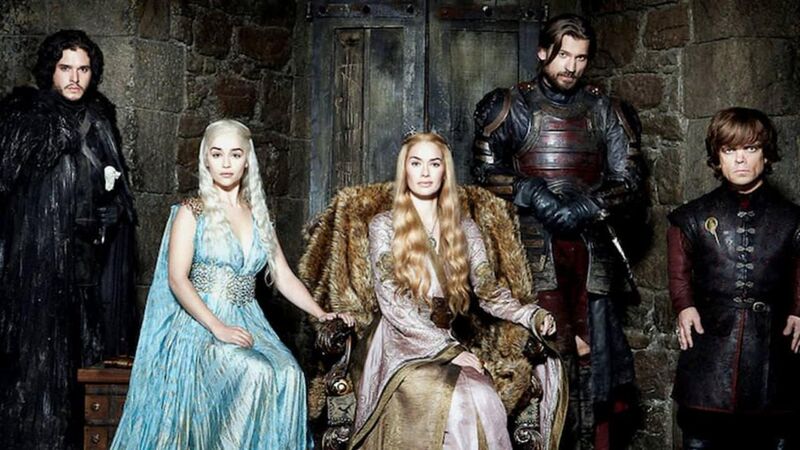 It’s almost unfair to label Game of Thrones as a TV show, this cultural phenomenon took the world by storm in 2011 and soon hit the headlines with its graphic violence, depictions of sex and severe use of dragons. Based on George R.R. Martin’s fantasy novels, the show revolves around the inhabitants of Westeros as they battle to claim the Iron Throne all while battling against the growing mystical threat from the North.

If you’ve somehow missed out on this cultural phenomenon, now is the perfect time to get on board. HBO’s fantasy masterpiece is currently on hiatus as the stars gather in Ireland to film the show’s climactic final season.

I have to admit something; Community is one of my all-time favourite shows so including it on this list is me playing favourites. But, it’s set in a community college so it’s relevant. The brainchild of Dan Harmon of Rick and Morty fame, this short lived cult hit generated plenty of controversy with its behind the scenes drama meaning the show itself was forgotten about. Yet this is a perfect show to watch as a freshly ID-carded student!

Community, set in the fictional Greendale Community College, features a diverse group of misfit students navigating the pitfalls and challenges of further education. While this show is a comedy, and does feature some genuinely brilliant moments, the heart-warming, emotional tone that runs throughout its 6 seasons is the real star.

Highlights: Troy and Abed in the morning, Annie’s lost pen, Ken Jong, Jeff Winger monologues. Maybe I’m too close to this one…

Where: 4OD is the sole platform until Netflix eventually answers my newspaper cutting letters I leave outside their head office.

If you’re after something a bit darker, a bit sexier, Peaky Blinders is for you. With its stellar soundtrack, brooding visuals and a leading man with a jawline you could cut diamonds on, BBC’s dark horse has quietly become a hit. While 1920’s post-war Birmingham may not sound like the most entertaining subject, throw in a ruthless family gang led by Tommy Shelby, a Nick Cave heavy soundtrack and you’ve got a winner. The show deals with some heavy themes, ranging from the PTSD (post-traumatic stress disorder) many returning First World War soldiers suffered, to the rampant use of Cocaine in the many Jazz clubs throughout the country. But never strays too far from its roots; always returning to Tommy Shelby and the city of Birmingham.

Since its conception in 2005, It’s Always Sunny has been seen as the weird child at the back of the classroom, making it’s weird jokes (Rum Ham) and being offensive to just about everyone. This show was making offensive jokes since before it was cool, but if you’re a fan of Cards Against Humanity, Always Sunny is for you. Push through the first season though; the show was still finding its feet in those early days. Written, starring and directed by Rob Mclennery, Glenn Howerton, Kaitlin Olson, Charlie Day, featuring Matilda’s Dad himself, Danny DeVito. The show revolves around the owners of a rundown Philadelphia bar and explores just how awful a group of human beings can be to each other and everyone else who comes into contact with them. But in a funny way, honest….

Highlights: Danny Devito in any scene he’s in, The Nightman Cometh, watching Rob Mclennery increase and decrease in size like a poor man’s Christian Bale.