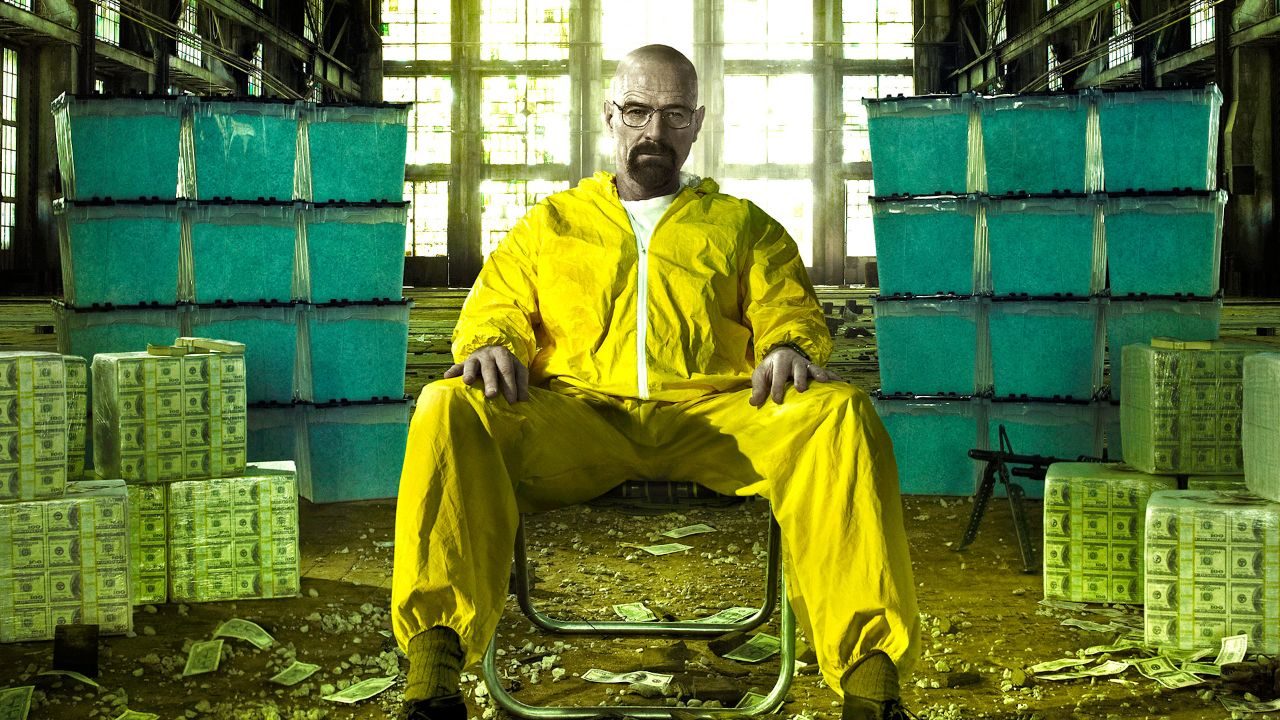 The next few weeks will see the run up to the most highly anticipated final episode of a TV show for nearly a decade, as the culmination of Breaking Bad approaches. The final weeks of our time with Walter White are upon us, and his descent from mild mannered chemistry teacher to the drug baron mass-murderer will have people across the world glued to their TV’s. Though it never successfully made it onto any of the British channels, it is available in the UK through Netflix only 24 hours after being aired in the US.

If you have never watched the show before, it makes a Netflix subscription worthwhile on its own (and there’s much more excellent television available on it I discuss elsewhere). Following a meek yet highly intelligent chemistry teacher after his diagnosis with terminal cancer as he comes to terms with his short time left with his family and the crushing financial implications of this diagnosis (which immediately marks this as an American TV show – everywhere else in the world the show would be one episode long as he is taken straight into surgery), the last five series have been a rich, moving and often shocking exploration of what can happen to any of us if pushed to the limit.

Bryan Cranston, probably best known as the Dad from Malcolm in the Middle and more recently Argo, gives a consistently powerful performance; the usually effortless switching from his home-persona of the mild and wise father to his power-and-ego crazed monster alter-ego, Heisenberg, only occasionally breaking at times of acute stress. The supporting characters are also excellent, including a wife some view as a cold-hearted shrew, others as patient and understanding saint, and others simply as a reflection of Walters’ own descent into the darker regions of the mind, a meathead brother-in-law who works for the Drug Enforcement Agency, and Walter’s partner in crime Jesse Pinkman, a former student whose own descent is all the more painful to watch, as each concurrent drop into hell is punctuated with seeming reprieves and escapes open to him. For Jesse, hell isn’t a descent, it’s a thousand steps up the mountain, followed by a long, painful fall, over and over again.

If you’ve never seen the show before, I would strongly advise you change that soon. If you have, try and avoid the hundred and thousands of sites that are speculating about how the series will end. The show has consistently been so smart, so good and so surprising that much of the pleasure is in the anticipation. Having watched much of the show in large chunks at a time on Netflix, instead of episodically, I am thrilled to be able to watch it as was intended. This is the end of Breaking Bad, and I can’t wait to find out if this is also the end of Walter White.