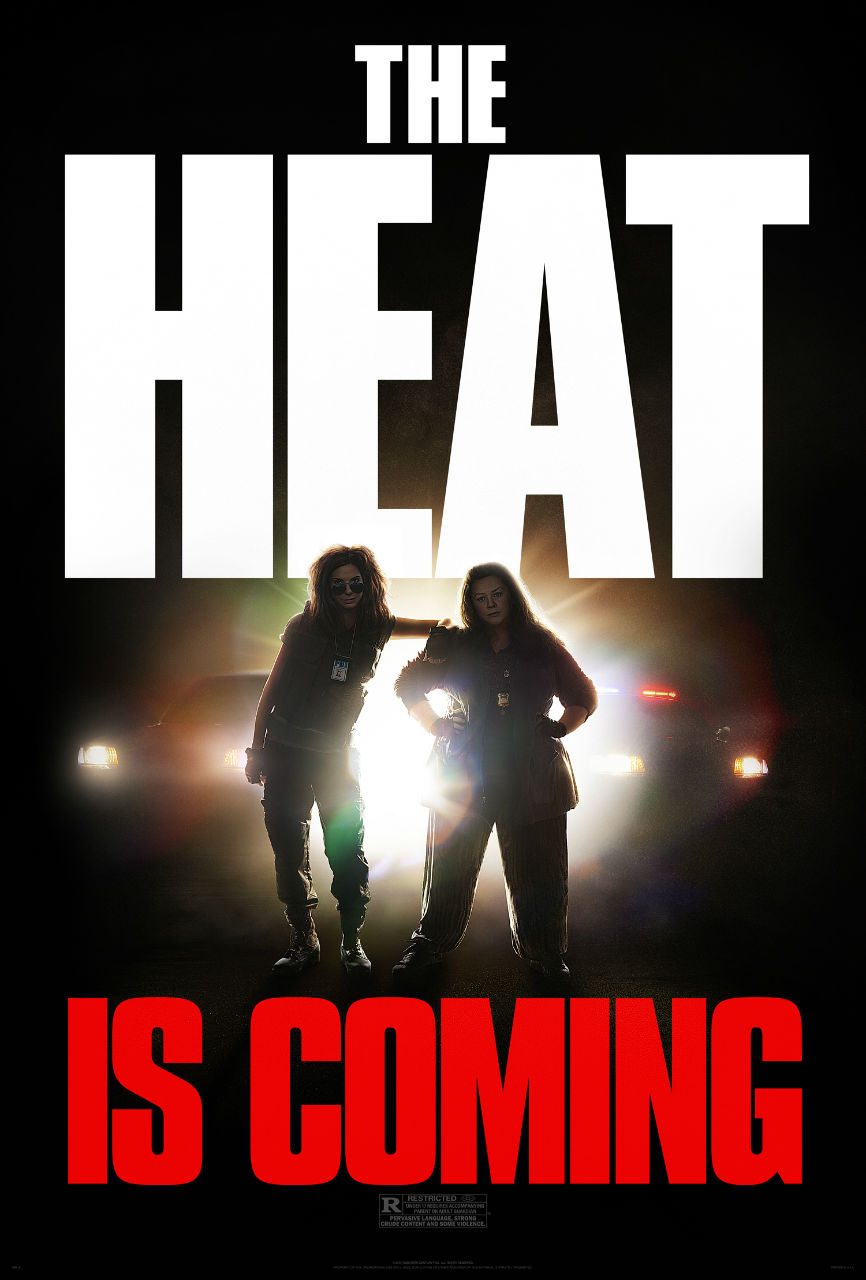 Paul Feig’s latest blockbuster, The Heat, sees him reunited with Oscar nominated Melissa McCarthy as they look to take the buddy-cop genre by storm. Sandra Bullock stars in her first role since her Oscar win as an uptight FBI agent who doesn’t play well with others who has to team up with McCarthy’s no nonsense Boston street cop to take on a mysterious drug lord.

It is a genre that seemed to dominate the eighties and nineties and to be honest I thought we’d seen the last of it. It is refreshing but also cliched to see two females in these roles. Unfortunately it makes me pine for the days of Murtaugh and Riggs, even the Rush Hour movies are more enjoyable. The story seemed to be inconsequential and they could have been hunting after a cactus thief for all I know. The Heat is very much character based so in the end I didn’t care who the bad guy was, although it has become necessary for there to be a dirty cop in every film ever these days.

It is slightly annoying that there seems to be no other female police officers in either the FBI or the Boston PD, in fact the only other women in the film are stereotypical New England girlfriends, less than loving mothers and drugged up prostitutes. There is not a good standing for any women apart from the two leads and even then there seems to be a minimal amount of empowerment as Bullock is waiting on her male superior to promote her, she hints at a failed marriage and even has to occasionally steal the neighbours cat in the hope of some comfort. McCarthy on the other hand is foul mouthed, frequently over the top and uses violence to get her point across, you would not want to meet her in a dark alley and she is the last person who I would consider a role model. It’s not empowering, its cringey.

Bullock shows us that she is still a dab hand at comedy playing a similar role to her Miss Congeniality character, she does, at times, seem a little in awe of her overwhelming team mate which may also be how the audience feels. McCarthy seems to relish every moment, it is as if the more rude and vulgar she is, the more she enjoys it. The pairing works well and they bounce off each other like phonebooks off of criminal heads. There is hugging and learning, although it appears that McCarthy’s character has not changed at all and has just been a bad influence on Bullock’s FBI agent, who even after being rude and swearing at her boss, still manages to get the promotion she wanted.

It was interesting to see Marlon Wayans (White Chicks) not playing the idiot and it pleased my mad film mind to see that him and Sandra Bullock still work for the FBI. He added some normalcy to the madness and it helped as in the scenes with him the audience could breathe for a second. I was surprised to see Tom Wilson in this film, best known for his role as Biff in Back To The Future, who plays McCarthy’s downtrodden boss. In one scene McCarthy takes apart his office apparently looking for his balls. I don’t even know what to say to that.

The jokes come thick and fast, most at the expense of an albino DEA agent because all abinos are always the bad guys, we even have clips of Matrix: Reloaded and Foul Play to reaffirm the point. Not all the jokes land but there are enough of them that the bad ones seem to be overshadowed. There is certainly a sense of quantity not quality.

If you want a good buddy cop comedy, this is not it. I recommend The Other Guys or even better Hot Fuzz.