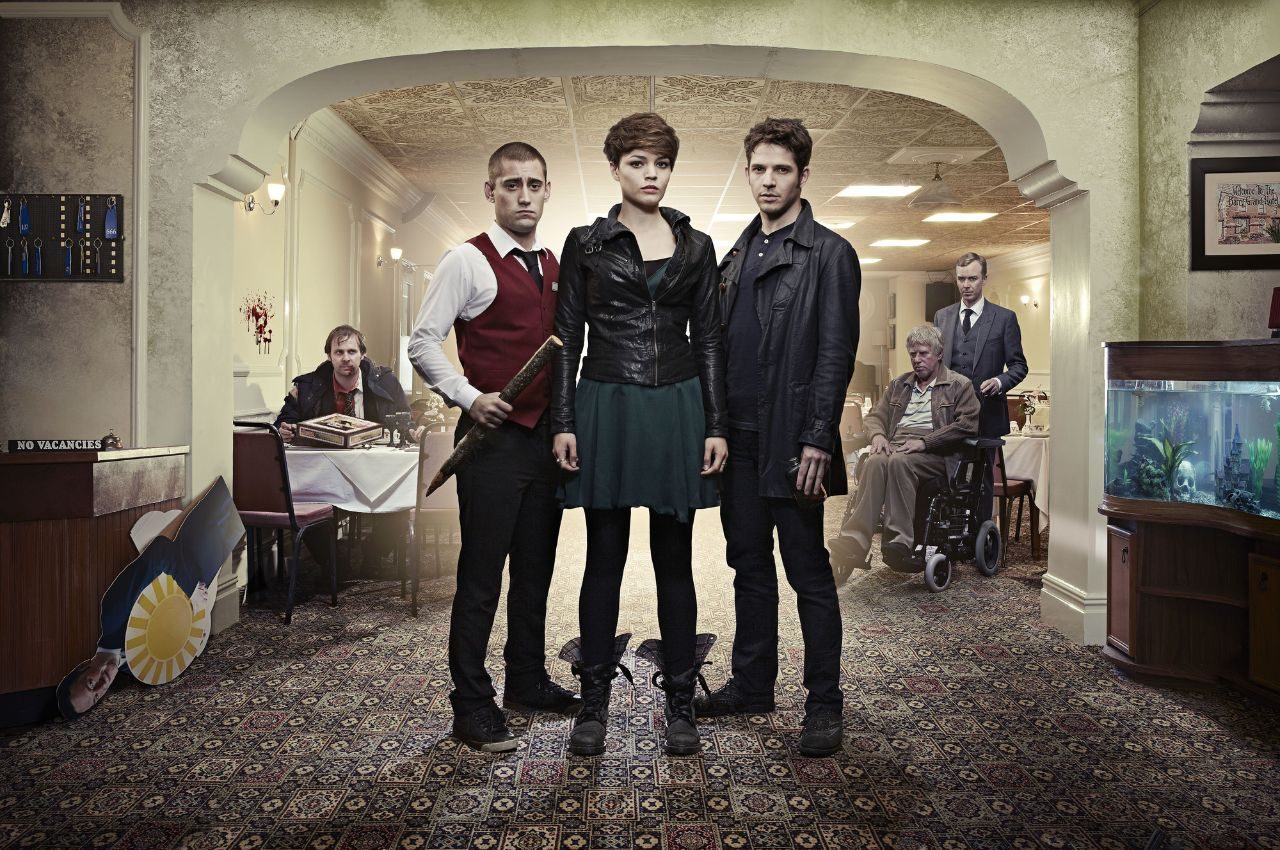 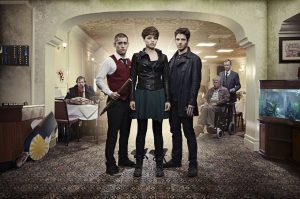 Sunday 10th of March brought us the tantalising final episode of the popular drama, Being Human. The show had humble beginnings when the pilot episode was aired in 2008; despite a great reception from viewers, poor reviews from critics meant that a full series was not commissioned. After much internet campaigning, a series was finally made, though actors Guy Flanagan and Andrea Riseborough were replaced by Aiden Turner and Lenora Crichlow for the roles of Mitchell and Annie. The only original cast member to continue was Russell Tovey, continuing his role as George. Other cast changes include Herrick the vampire policeman, originally played by popular actor Adrian Lester, but replaces by Jason Watkins in the full series.

The show’s premise was to explore the lives of three housemates who just happen to be a vampire, a werewolf and a ghost. The first two series are set in Totterdown, Bristol, where the characters try to adjust to their “human” lives, all the while trying to fight off the growing vampire uprising. A fourth protagonist is slowly added to the series in the form of Nina, George’s partner, who eventually inadvertently joins him as a werewolf.

The third series saw a move to Barry, South Wales, and the remaining few series see more changes to the cast. After three years in the show, Aiden Turner left to star in the film adaptation of The Hobbit and Sinead Keenan (Nina) also did not return for the fourth series.

Russell Tovey only guest stars in series four, introducing George’s daughter, Eve, before leaving the show to work solely on comedy Him & Her. Characters Tom (Michael Socha – brother of Misfits star Lauren Socha) the werewolf and Hal (Damien Molony) the vampire join the series. Leonora Crichlow also leaves at the end of the fourth series, as the writers believed her character’s storyline had naturally come to an end. At the end of series four, Kate Bracken joined the cast, in the role of Alex, the “new ghost”.

The fifth and final series sees the new trio facing the show’s greatest enemy yet: The Devil (played by Philip Davis). But throughout everything these characters get put through, the really wonderful thing about Being Human is that it retains its comic charm, sweet romances and downright hilarious gags (“Who wants some of my chair?” – George Sands, series 1).

So with the final series done and dusted, what left is there for us supernatural fans to obsess over? Sure, there’s the DVDs, and sure, we can look forward to ogling at Aiden Turner when the next Hobbit film comes out, but for now, I think I’ll have to take a moment to sit down and reflect on what was a truly wonderful drama. Toby Whithouse, I applaud you.