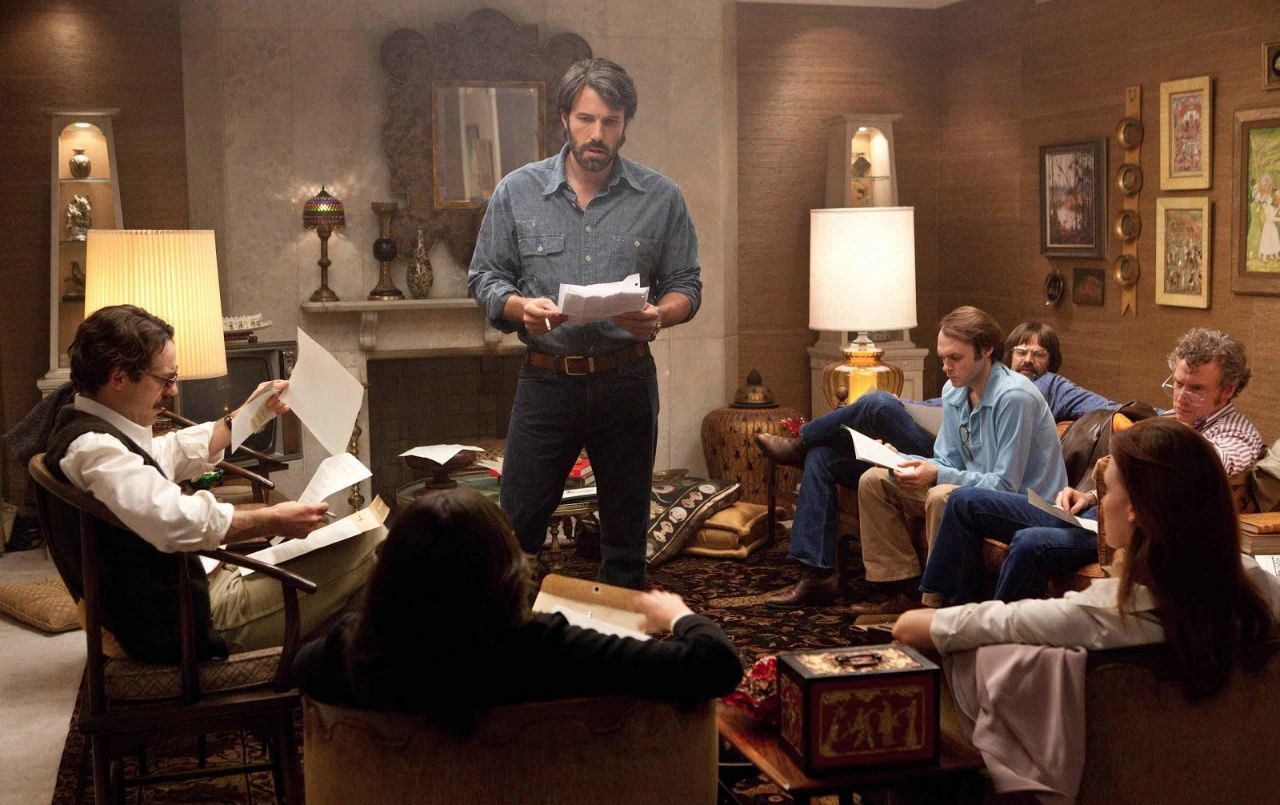 This year’s Best Picture winner at the Oscars could not have been surrounded by a more competitive atmosphere. Whilst at first it seems unsurprising that Ben Affleck’s third film in his ‘Thrillergy’ achieved so much praise and recognition at the Academy Awards, compare it to its monumental peers such as Lincoln, Life of Pi and Zero Dark Thirty which all deal with colossal themes and subjects and Argo seems like a more muted affair. Perhaps this is because of the film’s relatively anonymous context: based on a covert C.I.A. operation to retrieve six U.S. diplomats during the 1979 Iran Hostage Crisis under the guise of a Canadian sci-fi film production.

Ben Affleck stars as Tony Mendez, a troubled workaholic who sacrifices his wife and son to give maximum dedication to his art of exfiltration. Whilst on the face it, the character seems cliché in the world of political thrillers, Affleck, however, attributes a vacated personality and realism to the role which creates greater levels of sympathy as the complications with his family and the mission merge into one. Whilst it is almost an absolute that Affleck was short changed on the Oscar nod for Best Director, the real misjudgement comes from the lack of recognition for his performance in the film.

The film’s nostalgic presence manages not to overwhelm the tense plot and perfectly alludes to the golden age of thrillers in the 70s such as Dog Day Afternoon and All the President’s Men. This is the kind of plot that will fixate all your attention for both hours, expertly adapted by Chris Terrio and edited by William Goldenberg (both won awards for their achievements). Watch close enough and you can see the film even inhabits manufactured scratches on the digital print to give a nostalgic nod to the now dying adoption of film stock. As much as the film is about 70s foreign policy crisis, especially prescient in comparison to contemporary relations with middle-Eastern countries, it is just as much about the post-Star Wars Hollywood.