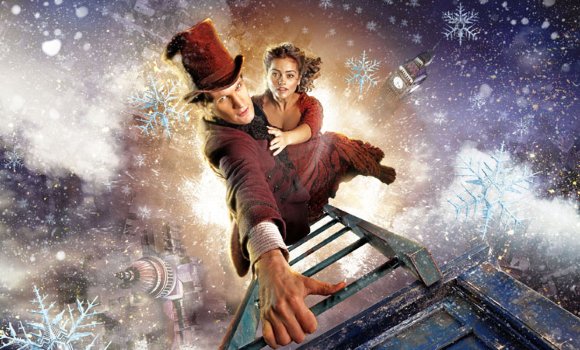 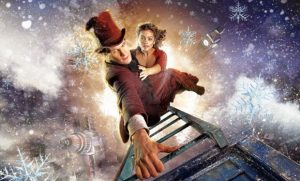 The holiday period is finally upon us, and Seren is here to guide you through the highlights of this year’s Christmas television.

After the emotional farewell to the Ponds last episode, this year’s Doctor Who Christmas special sees the Doctor mourning their loss and withdrawing from the world. But when the Earth is once again in danger, a young governess called Clara (as well as some old friends from past series ) calls on the Doctor to help. Can he move past his heartbreak and return to his world-saving ways? A must-see for all Whovians, this episode looks to be as weird, inventive and entertaining as we’ve come to expect from the ever popular sci-fi series. Catch it on Christmas Day on BBC1 at 5.15pm.

Top Gear has been the centrepiece for BBC2’s Christmas schedule for the past four years, but this year, fans are going to be disappointed. Due to filming and editing delays, the Top Gear Christmas Special won’t be aired until February next year; fortunately it hasn’t ruined the Top Gear boys’ sense of humour, with James May saying that they’re already calling it ‘Top Gear’s February Christmas Special’, and noting, ‘At least we’re not clashing with X factor and I’m a Celebrity.’

Speaking of The X Factor, the talent show juggernaut is (finally) drawing to a close. It’s not been short of controversy, with Ella, one of the favourites, being evicted in Week 7, and popular boy band Union J losing out on a place in the final in favour of Christopher Maloney, who some have criticised for having an outdated style. So who will win it, Christopher, Jahmene, or James? Either way, with artists like Emile Sande and One Direction performing, the final on Saturday 8th is set to be one hell of a show. If you need to fill the reality-show-shaped hole in your Saturday night, don’t forget to tune into Strictly Come Dancing, as the competition gets even tougher as it heads towards the final, as well as the Christmas Special at 6.15pm on Christmas Day, starring some of the favourite contestants from past series.

Fans of the BBC3 sit-com Him and Her are in for a treat, as the show airs its first Christmas special on 23rd December. Russell Tovey and Sarah Solemani, who play the loveable and slobby couple Steve and Becky, celebrate the holidays in their own unique way, and the celebrated comedy The Royale Family will air their Christmas episode at 9.45pm on Christmas Day.

What’s Christmas without a bit of period drama? Specifically, the Downton Abbey Christmas episode, which is on its way to becoming as a big a tradition as the Doctor Who special. There’s  a change in scenery in this episode, as the Grantham’s head to the Scottish Highlands to spend Christmas with their cousins in Duneagle Castle. Meanwhile, we get to see what the servants get up to while the family’s away, as Mr Carson struggles to keep the servants in line while they’re all focused on the upcoming county fair. Airing at 9pm on ITV1 on Christmas Day, this is definitely one to watch for fans of the show.

If there’s one thing American TV loves, it’s Christmas specials, and there are some crackers coming up this year. Glee, airing on 13th December, is offering up the imaginatively titled ‘Glee, Actually’ in a tribute to the popular holiday film that follows several different storylines, as Sam and Brittany prepare for the Mayan apocalypse, half-brothers Jake and Puck celebrate Chanukah, and Kurt and Blaine meet up after their break up.  New Girl, airing on 11th December, sees the gang attempting to juggle multiple holiday parties at once, with Jess avoiding Sam, Nick trying to keep up with his adventurous date, and Winston getting a cranberry stuck in his ear.