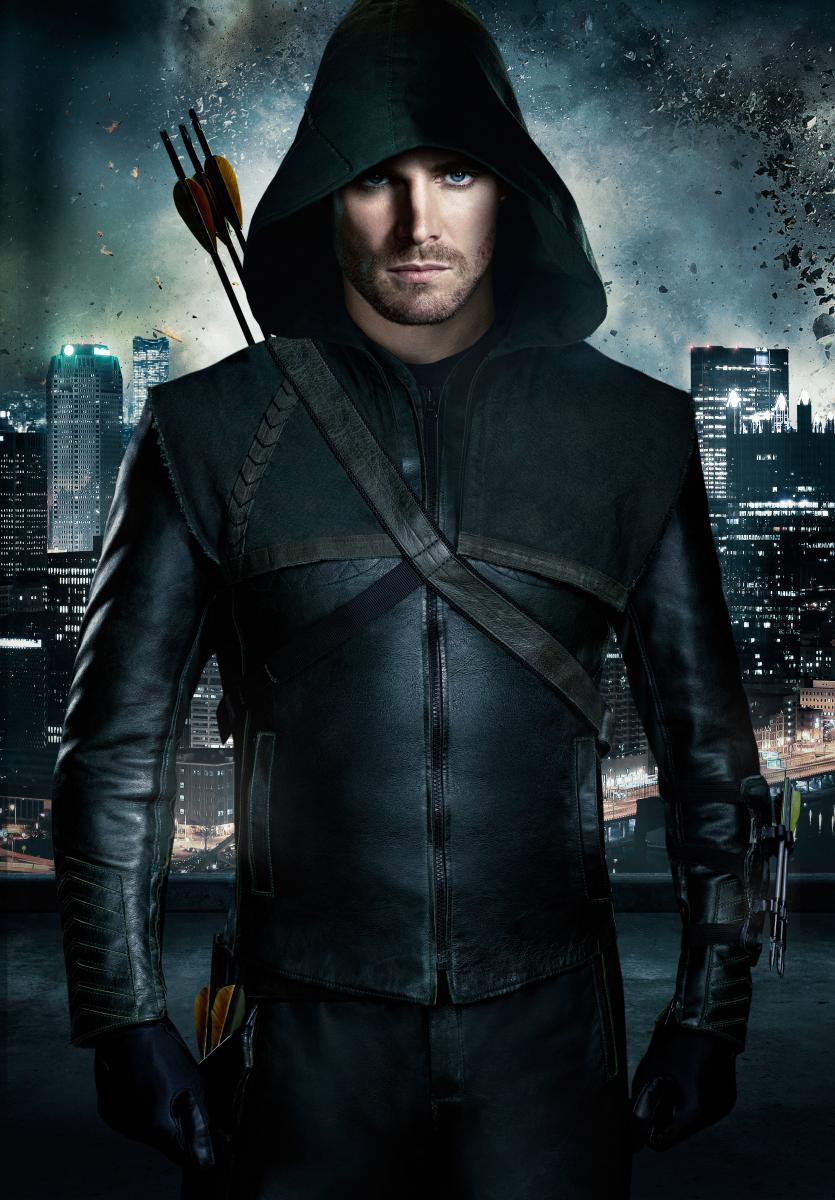 Five years after a tragic boat accident, Oliver Queen (billionaire playboy) comes back from the dead. He begins to right his father’s wrongs as a hooded vigilante, taking down corruption-filled Starling City’s biggest crime bosses. But what happened on the island he was rescued from? And how long can he keep his alter-ego a secret?

At a first glimpse, ‘Arrow’ is a rich-family-with-secrets drama, with a superhero edge. But as it develops  you will be pleasantly surprised by this gripping, action-packed show with plenty of personal family issues. In the first episode, it delves straight into the action with dishevelled castaway Oliver being rescued (accompanied by a slightly cheesy opening monologue from the protagonist.) He comes back to a less than warm welcome that introduces all the main characters in a short space of time, perhaps to keep the pace and get on with the secrets and violence.

The action throughout the series is fast-paced and exhilarating, balancing the realistic fighting of untrained thugs and stylised, highly trained Oliver.  Also the use of ‘trick arrows’ (grappling hook, transmitter, sleeping gas) sets apart the action from other shows. Oliver is equipped with his father’s notebooks, crossing out the names of the crime bosses he takes out. Although slightly cliché, this gives a good climax to each episode and, teamed with the flashbacks to the island, a tension-building series arc.

The star of ‘Arrow’ is the charming and smoking hot Stephen Amell, previously in ‘Private Practice’ and ‘New Girl’, playing both the smarmy rich kid and tormented vigilante equally well. In CW’s familiar way of bringing the female, teenage audience, Amell shows off his excellent physique in the slightly out of place ‘training’ scenes.  But the scene-stealer has to be the endearing John ‘Diggles’ Diggle; Oliver’s bodyguard who’s a comic relief with his quick wit and, refreshingly, doesn’t give into Oliver’s every whims like the other characters.

With the show being based on an already loved and highly developed comic book character, does the show do the hero justice? It seems the Green Arrow universe has been condensed so all the important characters are conveniently Oliver’s close family and friends. Also, Oliver seems to be nonchalant in killing people for justice, which is a great contrast to his comic book equivalent who goes out of his way not to, as he sees it as morally wrong. Although, Oliver’s fighting style and the characters personalities and development seem in keeping with the comic.

‘Arrow’ brings a hefty contender into the newly revived superhero scene, and with its gritty realism and great cast, viewers can look forward to the show’s future with plenty of room for character development, flashbacks and answered questions.