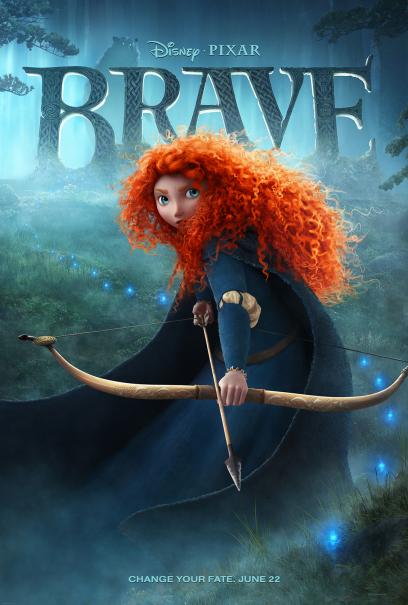 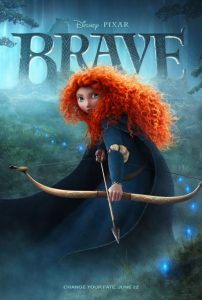 Coming at the end of this year’s summer film season is Brave, Pixar’s latest animated feature. As this was Pixar’s first film with a female protagonist, there were high expectations across the board for the studio’s 13th feature film, despite the production being hit with setbacks and disagreements during production.

Set in the highlands of medieval Scotland, Brave tells the tale of Princess Merida (Kelly MacDonald), daughter of King Fergus (Billy Connolly), who rebels against the regal life set out for her by her mother, Queen Elinor (Emma Thompson). After refusing an arranged marriage and embarrassing the local clan leaders by beating their sons in an archery competition, an argument with her mother leads Merida to find a witch in the forest (Julie Walters), who gives her a spell to change her fate. But the spell has unforeseen consequences that leave Merida and Elinor scrambling to find a cure before the kingdom descends into chaos.

The performances of the voice cast is terrific, especially Kelly MacDonald, who brings the right level of charm and emotion to the rebellious Merida, and Emma Thompson, who strikes the perfect balance between the regal queen and the mother who ultimately wants her daughter to be happy. The main humour of the film comes from Billy Connolly’s portrayal of the larger than life King Fergus, who stops just short of over the top, as well as the antics of Merida’s young triplet brothers. Even the clan leaders who, at first, appear to be merely Scottish stereotypes, are interesting, as well as comical, and give some of the best gags to the film.

As for the animation, it definitely lives up to the precedent set by previous Pixar features. The film is visually stunning; every detail of the medieval world is meticulously rendered, from individual blades of grass, to threads on each clan’s individual tartans, and it brings the magnificent natural beauty of Scotland amazingly to life, as well as Merida’s gloriously curly red hair.

Contrary to what many would have expected from the film, Brave doesn’t focus on the heroine’s efforts to break her culture’s strict traditions; instead, the central theme is of mother-daughter relations, and the fraught relationship between Merida and Elinor is explored. Although this central relationship is written beautifully (and is something many parents and teenagers may relate to), the overall storyline feels a little flat, as there are no major twists, and the ending is quite predictable. This may disappoint fans of Pixar who were expecting something a little more unique and unconventional from the animation giant.

Overall, this film suffers from the success of its own studio. Although Brave is a fine film, it doesn’t quite reach the standards set by previous Pixar animations, such as ‘Wall-E’ and ‘Up’. But even though this isn’t the masterpiece fans may have been expecting, Brave is still a fun, entertaining film for all ages to enjoy.