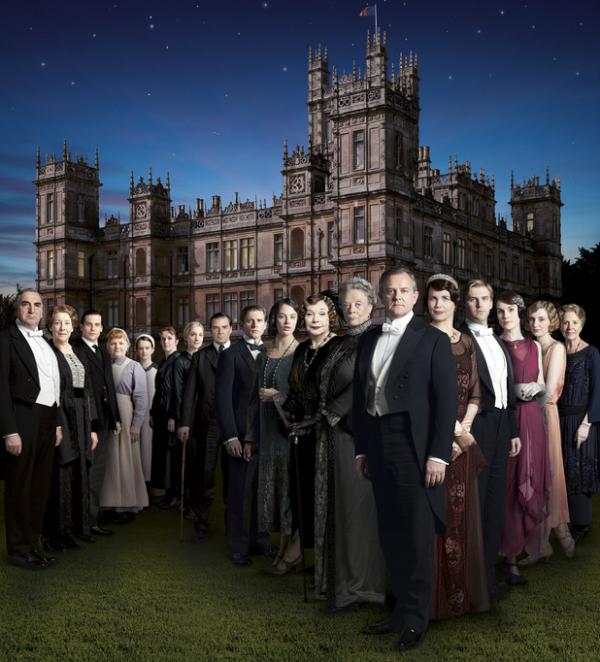 It all kicked off with the wedding everyone has been waiting for and after much criticism for last series’ dizzyingly paced leaps through time and outlandish ‘soap opera style’ plot lines, series three is stripping down and going back to basics. Reverting back to a far more relaxed pace and tightening its focus on Downton and its inhabitants is certainly refreshing, allowing us to re-establish what makes this show so compelling, Julian Fellowes’ rich and witty characterisation, which was somewhat smothered by the over-arching historical events and melodramatic story arcs of the previous season.

Though that’s not to say that this season will be free of any of the drama and scandal we’ve come to love. Indeed, the famous prosperity of the Twenties appears to be something that will bypass the Downton estate, as the series opens with the revelation that poor investment choices in a North American railway company have left Lord Robert virtually penniless and facing the imminent loss of the estate. The Crawleys are set to fight for their very way life, something that will become increasingly complicated by the will of Reginald Swire, whose death offers Matthew the means to save the family from financial ruin, but at the cost of compromising his own idealistic moral code, and force him to stop punishing himself (as well as the viewers) for the death of Lavinia.

But it’s not all doom and gloom as the introduction of the fabulous Shirley McLaine, as Cora’s mother Martha Levinson, provides a brilliant comic double act with the Dowager Countess, as they battle out their views of the old world vs. the new in a series of pithy put downs. This theme of modernity and change dominates the first episode, most especially through the characters various interactions with Branson. Radical and unwelcome, as well as suffering from a complete inability to talk about anything other than Ireland, his new elevated position is a continual source of ire, fabulously depicted by Carson’s sniffy reception and glass breaking disgust. But despite him being completely abrasive, he provides a brilliant means for Julian Fellowes to show just how far things are set to change at Downton. His budding bromance with Matthew is adorable as they pledge to bound together in the face of their ‘insane’ decision to take on two of the hot-headed Crawley girls, and provide a glimpse into the future of the estate under the ‘new management’. Perhaps most surprising of all is endorsement from the enterprising Dowager Countess, who seems set to make the most of her man on the other side, even if she has to hold his hand on the radiator until he complies her will!

Downstairs ties are also shifting. With the introduction of new footman Alfred, the scheming partnership of Thomas and O’Brien looks set to be put to the test as she attempts to use her old comrade to help her nephew get ahead and become a new valet, only to be coldly shot down by the disgruntled former footman, suggesting that this might signal a turn in the relationship dynamic of the former duo. Elsewhere, the Bates storyline looks set to continue throughout series three, as Anna doggedly pursues any and every avenue that might overturn her husband’s guilty conviction, hopefully picking up speed and culminating in a gasp worthy resolution involving that shady new cell mate.

Overall, the series premiere has laid the groundwork for yet another exciting autumn of suspense, petticoats and biting witticisms, and with another wedding, a birth and a funeral due before the season finale, the third series of Downton Abbey is shaping to be just as eventful as its predecessors as the series moves into the booming Nineteen Twenties and beyond.