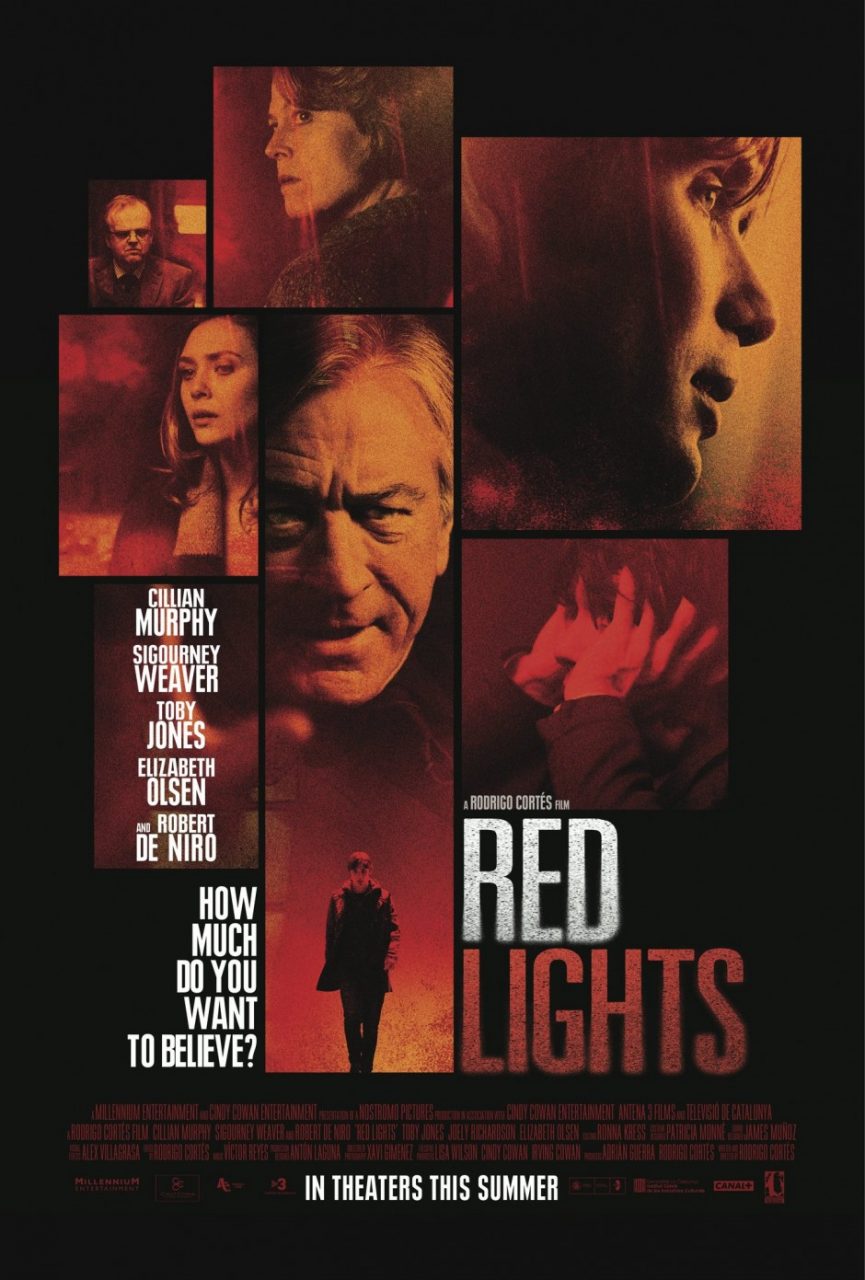 Red Lights is written and directed by Rodrigo Cortés who brought us the 2010 thriller Buried. Red Lights follows the story of psychological and paranormal investigators Margaret Matheson (Sigourney Weaver) and Tom Buckley (Cillian Murphy) who investigate fake psychics. When the chance to investigate world-renowned psychic, Simon Silver (Robert De Niro), Tom can’t resist and gets involved with the messy world of psychic phenomenon. 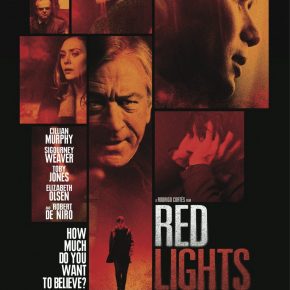 The first hour of Red Lights is strong and draws the audience in with its twists and turns and really does get you questioning the ability of psychics. Cillian Murphy (Batman Begin, Inception) is the strongest member of the cast and is supported well by Sigourney Weaver. Robert De Niro plays blind psychic Simon Silver well and other cast members including Elizabeth Olsen (Silent House) and Toby Jones (Tinker Tailor Soldier Spy) add to the ensemble.

After the first hour it is hard to stay engrossed with the film as it starts to drag in places and simply pulls scenes out of nowhere to fill time. The action of the film is also hard to watch and often comes across as awkward and not necessarily needed. Unfortunately the ending of the film is what really lets it down and could ultimately be its downfall. The film spends the first hour trying to say one thing and in the final ten minutes it completely contradicts itself and says something else.

It is hard to love Red lights because of its clunky action and its awful ending but the cast is enjoyable to watch and the first half is good cinema. It’s a shame that the ending is what is going to judge this film and the actors do deserve more. Red Lights is a thriller that you don’t need to rush out and see but you could maybe catch it on DVD or on TV when that time comes.