The Avengers opened the spring cinema season on 26th April and has already set and broken records. Taking over $1 billon dollars worldwide, The Avengers has left the door open nicely for a summer cinema season of superhero’s, aliens, fairytale characters and rock gods.

Officially kicking off the 2012 summer cinema season is Men in Black 3, which is released on 25th May. The film reunites Will Smith (Agent J) and Tommy Lee Jones (Agent K) as Agent J travels back to the 1960s to stop an alien from assassinating Agent K. More Alien life will be hitting cinema screens with the release of Prometheus on 1st June. From the creators of the Alien franchise, Prometheus precedes the events of Alien but is not directly related to the original film. Prometheus will be presented in IMAX 3D as well as RealD 3D. A sequel to Prometheus has already been hinted at and it has been said that if another Prometheus film is made then it will step further away from the Alien series. 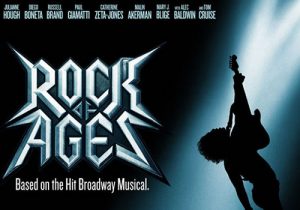 As well as some major blockbusters being released early in the summer, cinemagoers can also expect to see Snow White and the Huntsmen released on 30th May. Rock of Ages is released in cinemas on 15th June and is the film adaptation of the popular stage show. Set in 1987 Los Angeles, Drew and Sherrie are two young people chasing their dreams in the big city. The cast includes Tom Cruise, Julianne Hough and Catherine Zeta Jones and is the only musical released this summer season.

The Ice Age franchise will be releasing a fourth instalment, Ice Age: Continental Drift on 13th July. Also released on this day, a film bound to pull in female audiences, is Magic Mike, which is a film, based on the life of a male stripper, Magic Mike (Channing Tatum). The film adaptation of Abraham Lincoln: Vampire Hunter, staring Dominic Cooper and Benjamin Walker is released on 2nd August. Following this, Dwayne Johnson and Channing Tatum are back with the release of GI Joe: Retaliation as part of the GI Joe franchise on 3rd August. August is a good month for film releases and as well as the films already discussed, The Bourne Legacy starring Jeremy Renner is released on 13th August and follows the story of a new CIA operative. If you’re not a fan of the Bourne films then released on the same day is Brave, a Disney film that tells the story of Princess Merida who brings chaos to her kingdom and has to rely on her bravery and archery skills to undo a beastly curse. 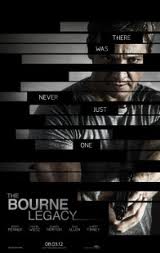 The Expendables 2 is due for release on 17th August and brings back the cast of the first film for what should be an easy pay check, but when a man is killed on the job, their quest for revenge puts them into enemy territory and up against an unexpected threat.

Following on from the success of The Avengers, this summer is once again filled with great superhero films. The Amazing Spider-Man is released in the UK on 3rd July and is a new take on the Spiderman series. Andrew Garfield is the new Spiderman and is accompanied on screen by Emma Stone as Gwen Stacy. This Spiderman film is presented in 3D and was entirely filmed in 3D so this one might be worth watching just for a great 3D experience.
Hot on the heels of Spiderman, the highly anticipated The Dark Knight Rises is released on 20th July and is bound to be the film of the summer. The cast alone, which includes Christian Bale, Tom Hardy, Anne Hathaway, Joseph Gordon Levitt, Gary Oldman and Michael Caine has caused fans of the Batman franchise to get excited early and with Christopher Nolan filming over an hour of footage in IMAX, this is surely going to give The Avengers some competition.

This summer cinema season is bound to be a successful one for cinema and is sure to bring in audiences of all ages. Weather you want to see alien time travelling, superheroes in 3D, new chapters to already existing franchises or you just want to hang out with you friends and have a good time at the cinema, there is bound to be something for you released this summer.