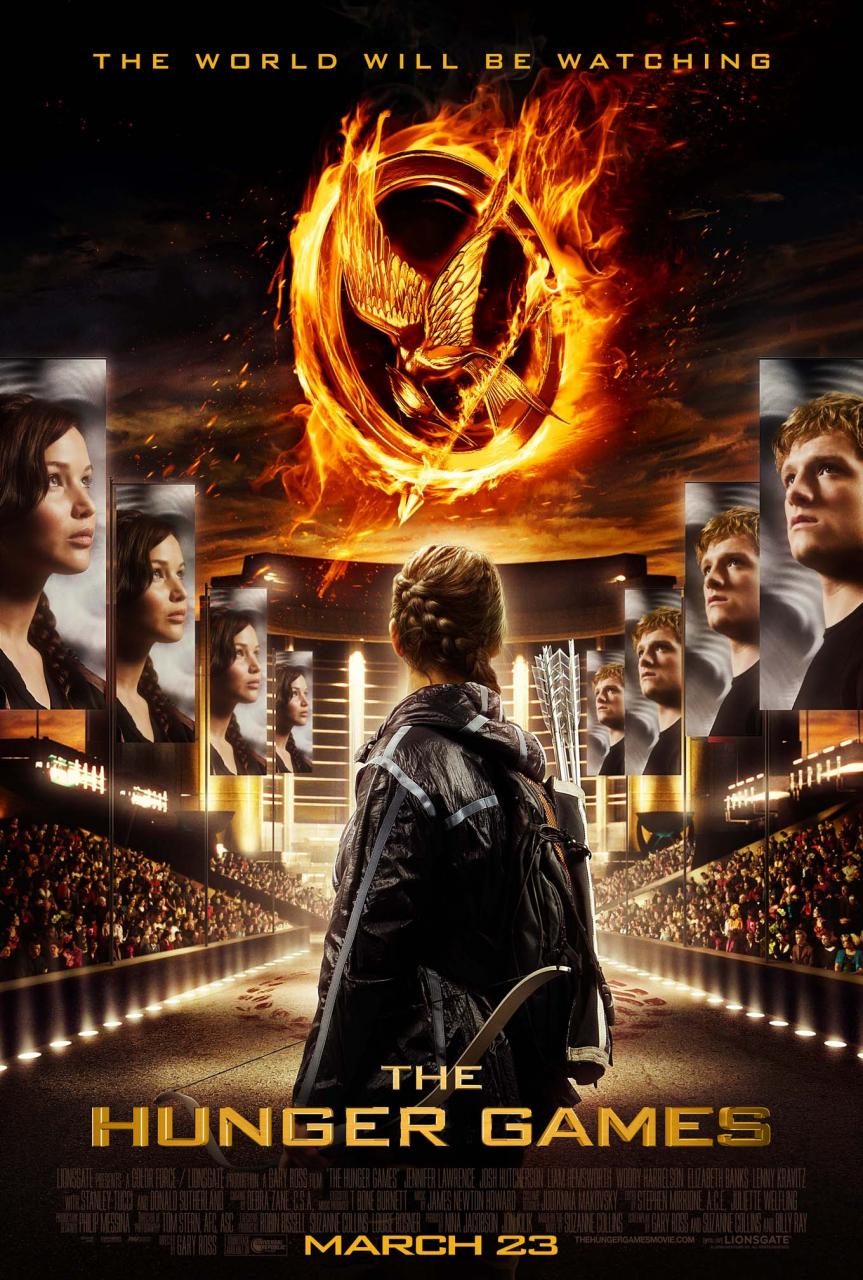 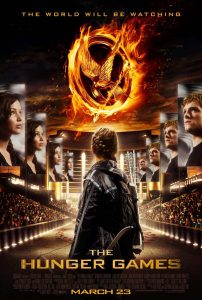 For those who aren’t aware, The Hunger Games is the latest young adult novel to get the Hollywood treatment. The Hunger games was written by Suzanne Collins and was published in 2008. This is the first of a three part series.

The book was well received by critics and authors such as Stephen King and Stephanie Meyer have both praised it. In 2009 Lionsgate acquired the rights to distribute the film and on March 23rd 2012, the film was released worldwide.

The Hunger Games takes place after the destruction of North America by an apocalyptic event in the nation of Panem. Panem consists of the wealthy capitol, which is surrounded by twelve poorer districts. After the uprising in Panem, a reaping is held where one boy and one girl from each district much compete in the Hunger Games. During the hunger games each contestant must fight until only one is left. The film follows the story of Katniss Everdeen (Jennifer Lawrence), the district twelve tribute as she volunteers to replace her sister in the annual games. The second district twelve tribute is Peeta Mellark (Josh Hutcherson), the son of a baker and someone Katniss has known of since childhood.

The film is two hours and twenty-two minutes long and is a great adaptation of the book. The film is strong for its length and it really does deliver goose bump and heart wrenching moments. The audience stays with Katniss throughout her journey and it is rare that you want to look away. Jennifer Lawrence‘s portrayal of Katniss as a strong and feisty yet still scared sixteen year old is perfect for audiences to fall in love with and you certainly encourage her all of the way. It could be argued that some parts of the film do drag a little but that could be due to how much needs to be told to get across the whole story. Fans of the original trilogy should be happy with the film version and non-fans should definitely step out to see this entertaining yet heart filled story.

The cast of The Hunger Games is truly great. Jennifer Lawrence and Josh Hutcherson are joined by Liam Hemsworth as Katniss’ district twelve friend Gale, Elizabeth Banks as Effie Trinket, escort to the tributes of district twelve, Lenny Kravitz as stylist Cinna, Donald Sutherland as Panem President Snow and finally Woody Harrelson as Haymitch Abernathy, a former district twelve tribute who went on to win the games and now mentor.

The fandom of the Hunger Games has already drawn comparisons to that of Harry Potter and Twilight. The film broke records for its non-sequel midnight opening by taking $19.47 million at the box office. This ranks it seventh of all time. It also scored the top midnight debut for a non-sequel and it beat Twilight by almost double. It has been reported that The Hunger Games opening weekend earned a historic $155 million during its Friday-Sunday showings. This has beaten all of the Spider Man movies, all of The Pirates of the Caribbean movies and all of the Twilight movies.

People need to see The Hunger Games even if it just to see what all the fuss is about. The story is clever, the characters are loveable and the end result is great. If you really want something to sink your teeth into after the end of Harry Potter and the upcoming end of Twilight, then definitely sit down and enjoy The Hunger Games. With its sequel, Catching Fire set for release in November 2013, The Hunger Games craze and excitement is something that is bound to grow and grow.