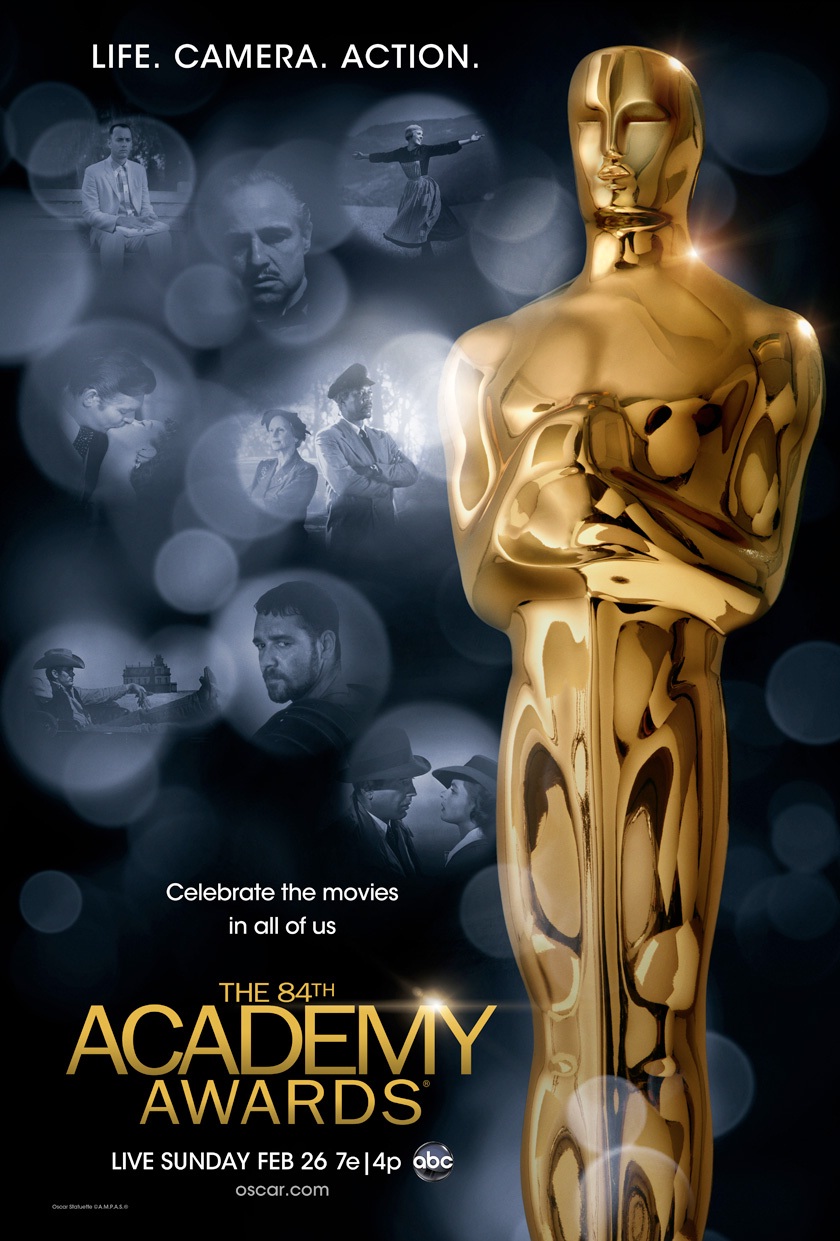 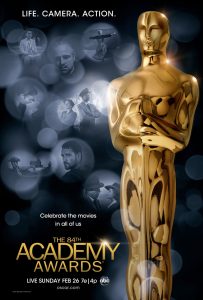 These days its difficult to remember that there actually is an awards season. What with the multitude of different weekly TV magazines we have, that all seem to have their own pointless ceremony. All of this, though, is beside the point because with the impending 84th Academy Awards we can safely say it really is awards season.

The Academy Awards, or as they are more commonly known ‘the Oscars’, are generally seen as the most prestigious awards in Hollywood. Winning an Oscar is what most actors, actresses, directors and filmmakers in general dream of. Winning an Oscar, for lack of a better term, is a sign of ‘making it’.

Silent movie ‘The Artist’ and children’s movie ‘Hugo’ lead the nominations with ten to the former and eleven for the latter. Both are nominated for the best picture and are in for some tough competition.

The best actor category is dominated by the familiar names of George Clooney and Brad Pitt with a nod to Gary Oldman for his performance in ‘Tinker Tailor Soldier Spy’. And the best actress category sees Meryl Streep as the favourite for the award with her depiction of Margaret Thatcher in ‘The Iron Lady’.

Surprise nominations come in the form of ‘Transformers 3: Dark of the Moon’ being nominated for three awards. Even though these awards are for visual effects, sound mixing and sound editing, the film wasn’t well received by critics. A further surprise is the nomination for Jonah Hill for his supporting role in ‘Moneyball’ alongside Brad Pitt.

This year’s nominations have come with quite a bit of dispute from critics and movie lovers alike. Arthouse action movie Drive’s lack of nominations left fans in an uproar with them claiming star Ryan Gosling ought to have earned a Best Actor nod. With Drives only award nomination being for sound editing, it is questionable as to what a film has to do to be recognised by the academy, when it was received well by critics and audiences a like.

Another movie expected to do well in terms of nominations was the final installment in the Harry Potter franchise, ‘Harry Potter and the Deathly Hallows Part 2’, which surprisingly was only nominated in three categories: art direction, visual effects and make up. Mainstream movies like Potter don’t often get nominated for the ‘big’ categories but it did come as a bit of a surprise to not see Alan Rickman nominated as Best Supporting Actor for his role as Snape.

The Oscars ceremony is due at the end of February, and it is likely that many of the award winners can already be predicted.