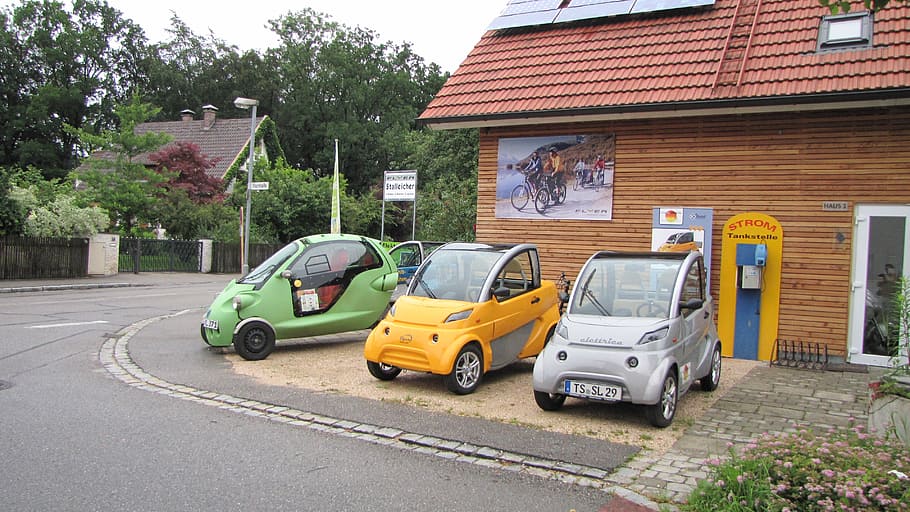 A Closer Look at Low Speed Electric Vehicles in China

While low speed electric vehicles first bring to mind a picture of senior driven golf carts, they should be understood as a much more complex, innovative and pervasive industry that has tremendous potential to reduce greenhouse gas emissions in response to climate change.

Low speed electric vehicles, referred to henceforth as LSEVs, are small compact vehicles that reach a top speed of 37mph that have become particularly successful in China, the location of the largest electric vehicle market in 2020. LSEVs offer the perfect alternative to motorcycles and bikes for urban centres as they are inexpensive, easy to park and, depending on the country, do not usually require a driving licence. LSEVs act as a disruptive innovator in China, as evidenced by the unprecedented growth in their use and production in recent years, due to a combination of supporting government policies, access to cultural norms in favour of sustainable transportation, and favourable infrastructure and resource endowments.

Although climate change has been on the forefront of global debate and public discourse since the 1980s, China’s government has only taken concrete steps to address their greenhouse gas emissions that are contributing to climate change in the last decade or so. State institutions in China have implemented policy and invested in reducing the country’s carbon footprint on a massive scale, focusing primarily on a shift in transportation mode to electric vehicles. They promoted the development of not only the technology to build electric vehicles, but also improved charging infrastructure that could be incorporated into the dense cityscape throughout China.

While the spread of awareness and knowledge of the impact of climate change globally has contributed to cultural norms in China that support the implementation of more sustainable practices into daily life, part of the success of LSEVs can be attributed to their significantly lower sale prices and maintenance costs than both automobiles and general electric vehicles, such that an LSEV is roughly one fifth of the price of a general electric vehicle.

In regard to the existing infrastructure, China’s recent economic history and development produced a rapidly urbanizing space. Critical problems that arose from this rapid urbanization and migration into cities coupled with tremendous economic growth has led to two key problems that created the necessary preconditions for new technological innovation. The first problem that emerged was pollution, as state agencies prior to the last decade did not want to restrict the growth from industrialization with environmental policy. The high spatial concentration of emissions in urban areas quickly resulted in deplorable air quality and a haze of pollution. China’s overall greenhouse gas emissions were quite significant, and an increased desire for accountability for governments on their contributions to climate change coupled with public concern about air quality influenced the government to institute more environmental policy and sustainable initiatives. The high density of people within these urban areas is the second problem that contributed to the success of LSEVs. There is a deficiency in the number of available parking spaces, located in both housing and commercial sites, as well as traffic congestion from automobiles. This in turn increased market demand for more compact vehicles, and the high urban density inspired innovative smart grid infrastructure and incorporation of charging stations into the existing urban sphere. In regard to the government’s national and more local initiatives to support LSEVs with resource endowments, they formed a comprehensive research and development team, comprising a combination of leading institutions, companies, and universities. LSEV development in China took advantage of China’s pre-existing context-laden tacit knowledge of energy-based technological development and fostered partnerships with institutions throughout the Asia-Pacific region to facilitate the progress of the industry.

The transferability of LSEV success in China is constrained by the specific context-laden development that has been fostered by government support, research and development, and pre-existing geographic conditions within China, but there are some overall lessons to be learned from this case. A significant consideration when looking at the transferability of this innovative success is the structure of China’s economy. Due to the fact that China practices state capitalism, compared to the neoliberalist capitalism that is more dominant throughout North America and Europe, LSEV developers in China have a distinct advantage. The state government is actively supporting and subsidizing the electric vehicle industry to push their climate change initiative; through state capitalism they can protect the market, provide favourable loans, and could even potentially own a share of the firms developing the product. Therefore, while the necessary spatial and sociocultural foundations may have already been present in China, the LSEV industry may not have succeeded to such a large extent if not for support of its government. What can be taken from this is the idea that supporting government institutions can enable and foster innovation depending on the policies they implement.

Overall, low speed electric vehicles may have dominated China’s transportation market, but only time will tell if their success will extend well beyond China’s borders.