Grey Seals ‘Clap’ at One Another! 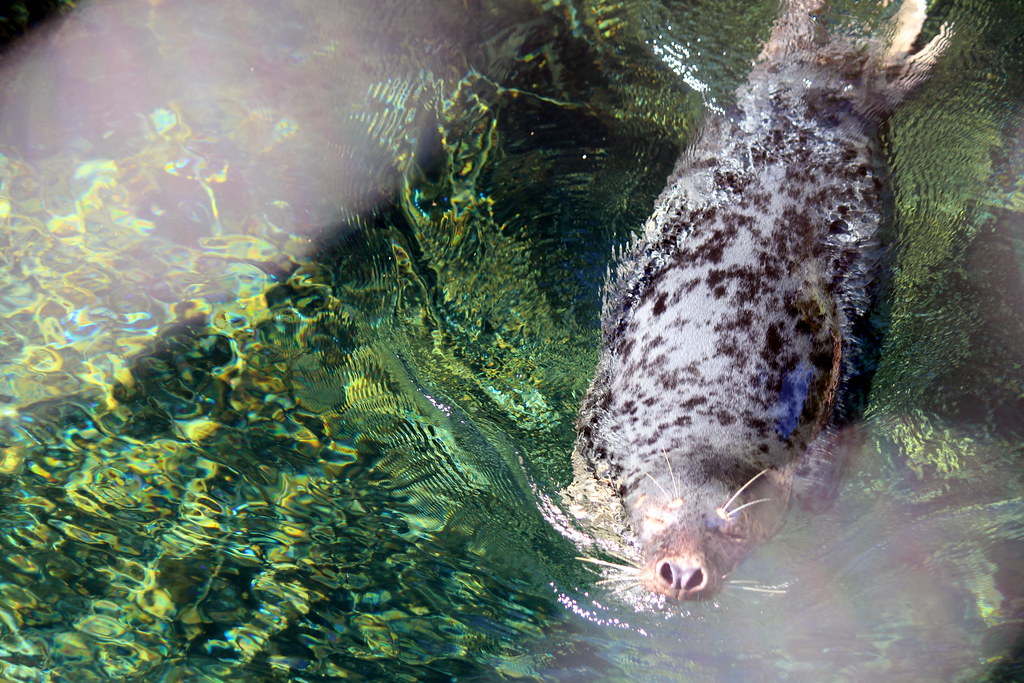 New footage released in the journal Marine Mammal Science this month shows Grey seals (Halichoerus grypus) ‘clapping’ underwater. The behaviour was caught on camera by marine biologist Dr Ben Burville near the Farne Islands, UK in October 2017.
The loud ‘crack-like’ noises had been heard commonly during breeding season after being detected by researchers using hydrophones, but were mistaken for vocal signals for a long time. It wasn’t until researchers witnessed a large male ‘clap’ its front flippers together that they finally definitively identified the source of the sound. Unfortunately the behaviour is rare, quick, and extremely difficult to catch on film. After a 17 year attempt to capture the behaviour on camera, Dr Burville finally succeeded in October 2017 while filming off the English coast.
The UK is home to around 40% of the global population of Grey seals and they primarily communicate vocally, particularly when hauled out on land. They are surprisingly versatile in their vocal language and are capable of forming complex sounds as well as producing percussion sounds by slapping the water with their flippers. Behaviours like this are normally performed at the surface and researchers have long questioned how the seals communicate underwater.
This discovery is important because, unlike captive seals, they perform this behaviour of their own accord. As the behaviour is primarily observed during breeding season and generally by adult males, known as ‘bulls’, it is thought that it serves a number of purposes depending on context. Firstly, quite simply, it is performed as a way for males to attract attention from female seals, known as ‘cows’, and therefore help attract potential mates. This show of strength may also function to warn off other male competitors, the seal equivalent of a gorilla beating its chest. Finally, it may serve simply for communication purposes as a way to be heard in an ocean increasingly full of noise. Either way, the new discovery is exciting for researchers and may add further evidence to the debate about anthropogenic noise disturbance in the world’s oceans and how marine mammals respond to it.