The Controversy of Zoos 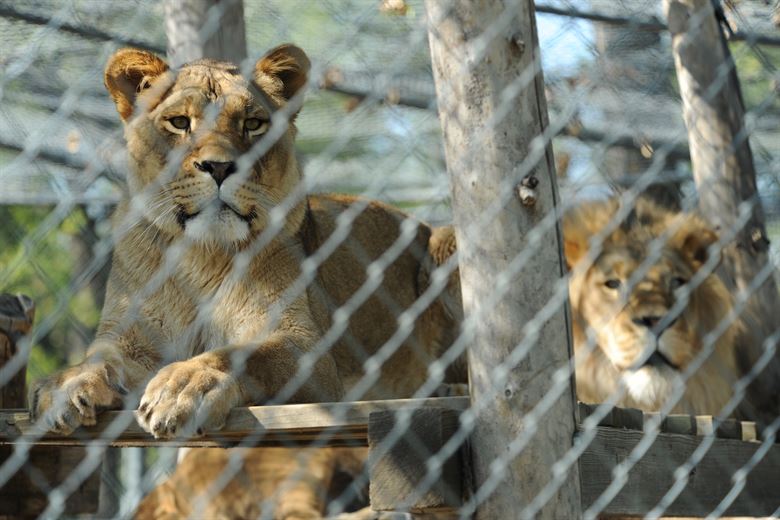 Reckoning with my own standpoint on the morality of zoos has proven to be a complicated issue. While proponents of zoos herald them for their educational benefits, research funding and conservation efforts, critics argue that they exploit animals and keep them in unsuitable conditions for human entertainment and profit. Without a doubt not all zoos are of equal standing, as there are very few legal requirements enforcing animal welfare and enclosure specifications. Yet, some people take great joy in working for and supporting zoos and some of the past research accomplished through zoo-based funding has proven to be invaluable. Thus, the question of whether zoos have a place in our future is a highly contested topic.

While arguments supporting zoos today focus primarily on educational purposes, it is important to consider that the rise of technology and the exponentially increased access to knowledge may have made zoos as tools for education obsolete. Whereas before television and the internet, it would most likely not be possible for someone to see an endangered animal, or a species native to another country, except in a zoo. Nowadays you merely have to google an animal and you are guaranteed not only a wealth of information on the species but also the opportunity to view pictures, videos, documentaries, and other forms of media regarding the specific animals in their natural habitat. This is especially important considering that studies show animal behaviour is altered by captivity and visitor presence. The educational benefits of zoos are thus overshadowed by the better alternatives that could be provided in schools or during leisure time.

Zoos often conduct conservation and research both ex-situ, at the zoo site, and in-situ, which means in the natural habitat. Ex-situ conservation most often involves the maintenance of genetic variation, also known as genetic conservation, where threatened species are bred in artificial conditions. This process must deal with its own set of problems such as disease, hybridisation and genetic viability. This is considered to be a less optimal form of conservation as very few species have been successfully reintroduced to the wild, as well as the fact that only a small percentage of zoo species in the UK and Europe are considered to be threatened or endangered. In-situ conservation on the other hand is the ideal way of maintaining biodiversity. Although it is deemed more difficult due to the increased cost, and barriers such as habitat destruction and poaching. In-situ conservation includes habitat restoration and recovery, wild life sanctuaries, national parks, biosphere reserves, strategies for sustainable resource use and management, control of threats to biodiversity, and the preservation of traditional knowledge and practices. With the noted benefits of in-situ conservation and the fact that they are less invasive than removing a species from its natural habitat, ex-situ research in zoos may not be necessary. While there are still benefits to ex-situ research, the question remains whether this research could be carried out in a facility without the interference and effect of paying visitors. A little less than half of zoos in the UK are privately owned, meaning that while they may have the best interest of the animals at heart, they do still need to make a profit. There are also little to no requirements for what percentage of profits are put into funding research and conservation. Given the growing social media presence of conservation groups, and the charitable funds raised through online campaigns, it is evident that fundraising is not only possible but successful when done online, thereby it could replace the need for revenue from zoo admittance.

Regardless, zoos will continue to be a part of society for the foreseeable future, as they currently contain animals that cannot be reintroduced to the wild and thus have to wait at least for their lifespan. In the meantime, zoos should be held to much stricter requirements when it comes to enrichment, animal welfare, and the size and quality of enclosures. Without a discussion of the ethics of animal captivity, the purported main benefits of zoos, namely education, research and conservation, all have more viable alternatives that may make zoos as they currently exist unnecessary. I believe that at one point zoos were a necessary part of animal research and funding, but the focus on tourism, profit, and entertainment and the existence of successful alternatives leads me to believe that they should become a part of our past.