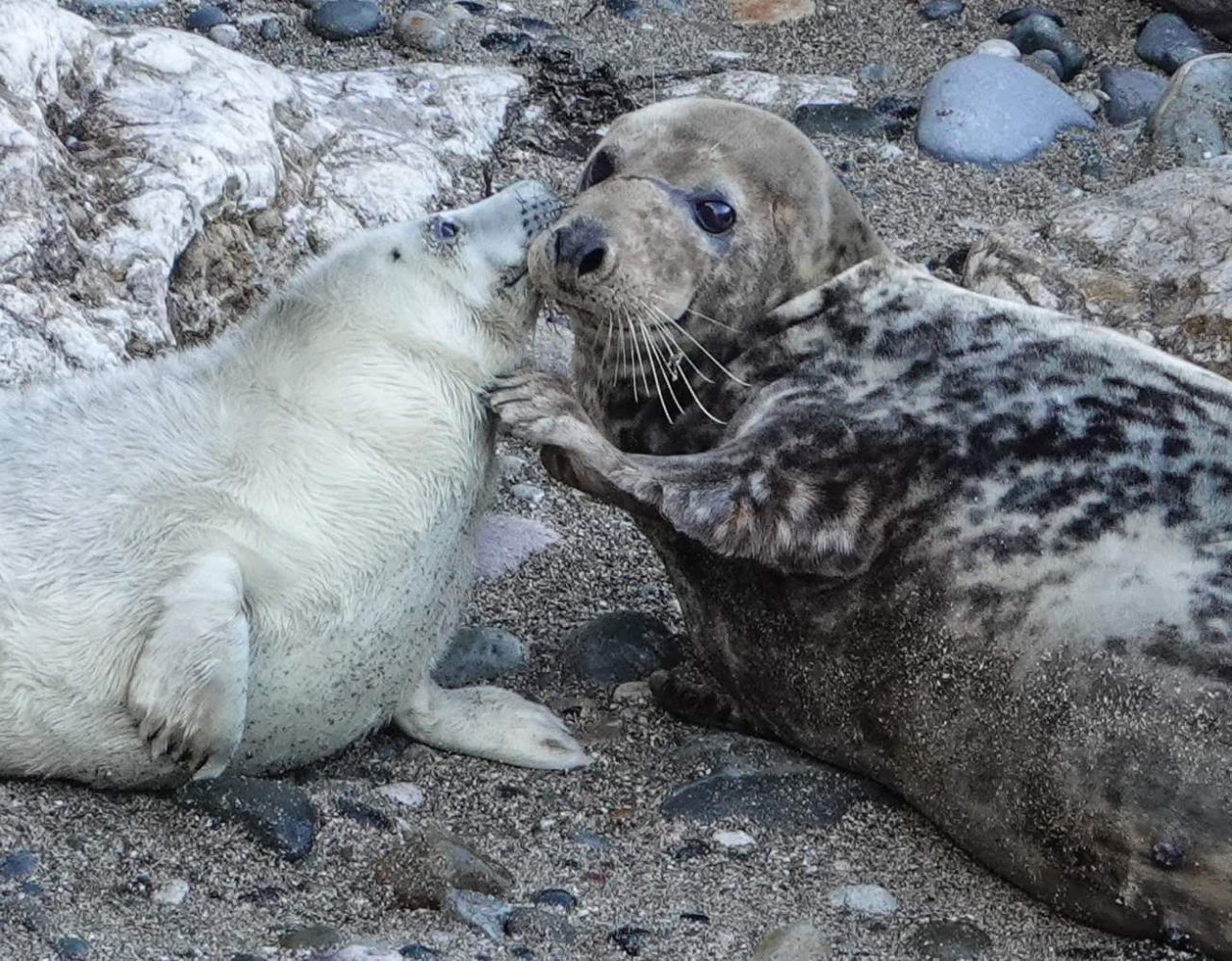 November marks the end of pupping season for the Grey seals of North Wales. Grey seals (Halichoerus grypus) are one of two species of seals, scientifically known as Pinnipeds, found along our coast. Less commonly seen are the Harbour seals which are considered rare locally and are the smaller of the two species, but the North Wales coast plays host to a relatively large population of Greys that can be seen all year round.

Pupping season for Grey seals takes place from late August to November with newborn pups being easily spotted as they are born with fluffy white fur, earning them the nickname ‘whitecoats’. This fur keeps them warm but is not waterproof and can become waterlogged so pups will remain on land until they wean from their mothers and start to moult their white fur before learning to swim and heading off to sea. They are reliant on their mothers for around 3 weeks after birth and this is a critical time for them as they face many challenges. Their birth coincides with strong autumn storms and they are easily affected by stress and disturbance from humans and dogs when resting on beaches.

Grey seal populations have shown increases in long term trends and recent assessments estimate that there are now over 120,000 Grey seals in Britain, representing between 30-40% of the entire worldwide population. Scientists further estimate that around 3% of the British population resides here in Wales. RSPB has reported around 24 whitecoats have been spotted along the coast of South Stack this year alone with more individuals born on the mainland.

November time normally sees an increase in rescues among Grey seals and the North Wales coast is proudly supported by a network of volunteers and organisations working tirelessly to ensure the safety and survival of the animals. Abandoned pups may look vulnerable and cute but they are one of the coasts top predators and are capable of inflicting nasty bites as well as carrying diseases that may be transferred to humans. If you see a seal you believe to be in distress, do not approach, give seals plenty of space and keep public and dogs away. Call the British Divers Marine Life Rescue hotline on 01825 765 546 to report a sick or injured animal and they will dispatch a trained medic to assess the situation and decide on the best course of action.