CLIMATE CHANGE: CRISIS ON A LOCAL AND INTERNATIONAL SCALE 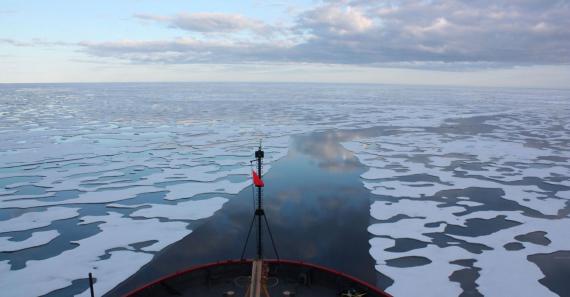 As I’m sure you’re aware of by now, climate change is causing a global emergency. This does not just affect the environment and the world: it is a human rights issue. Climate change affects food production and access to food, causes natural disasters that claim thousands of lives and destroys as many homes, and makes sea levels rise, which also displaces thousands of people. It is resulting in fundamental rights such as shelter, food, and clean water being denied to millions of people across the world. Millions of people across the world are standing up for our rights in this climate crisis.

These detrimental effects are not only occurring in the developing countries of the world, but here in Wales as well, where cities on the coast are most vulnerable. Citizens are bound to be relocated because climate change reverses the suitability of certain locations to support human habitation, often with no replacement or refunds in place. An example of this is Aberystwyth, where, in 2014, buildings were advised to evacuate due to tidal waves that flooded the promenade. Farmers are also challenged as waves are more frequent and storms are getting stronger and endangering their homes near the sea.

In 1997, Friends of the Earth Cymru estimated that the sea level would rise twenty centimetres, meaning that whenever there is a storm, marginal areas near the sea will flood more frequently. Agriculture was reported to be affected as well by the news platform LifeGate in 2018, due to a warmer climate which would interfere with the growth of healthy natural products.

This situation will only worsen, with excessive rain in autumn and higher temperatures during the whole year. However, preventing climate change from getting worse is still a possibility. To accomplish this, there needs to be an understanding and motivation to help by people in our society on a micro and macro level. The Wales Council for Voluntary Action (www.wcva.org.uk) provides information on how you can contribute to the climate crisis happening in Wales.

ACTIVIST OF THE MONTH: Autumn Peltier 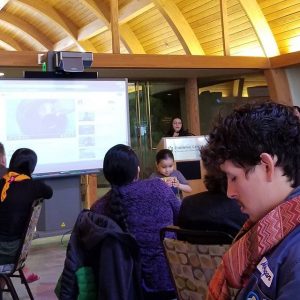 Autumn Peltier, 15, is one of many young activists experiencing what has been branded ‘climate anxiety’ and deciding to speak up about it. As an Anishinaabe member of the Wikwemikong First Nation from Ontario, Canada, Peltier has brought awareness to the effects of this crisis on indigenous communities, whose voices are often drowned out by those of more privileged activists.

Her fight for water protection, inspired by her aunt Josephine Mandamin, began at age 8 when she realised that not everybody in Canada had access to clean water the way she did growing up. Many First Nation communities have boil water advisories which inform them whether their water supply might be contaminated, and therefore lead to illnesses like typhoid, cholera and dysentery upon drinking, and even cancers caused by toxins passed through fish. This exploitation of natural resources threatens indigenous people in particular, as the destruction of their sacred water and ancestral lands leads not only to physical death, but also cultural genocide by severing their relationship with the earth.

Peltier, however, is not ready to give up. In 2016 at a meeting of the Assembly of First Nations, she confronted Prime Minister Justin Trudeau about his support for pipeline projects that endanger her people’s communities. This year, she was named Chief Water Commissioner by the Anishinabek Nation and later addressed the world leaders at the UN for the second time, saying, “Canada is not a third world country, but here in my country, the indigenous people live in third world conditions.”

She was also nominated for the International Children’s Peace Prize in September, an achievement that, in celebrating her efforts, proves her title of ‘water warrior’ is an apt one.

By the members of the Writing Committee of the Amnesty International Bangor Student Group: Megan Husband, Lea Smailagich-Ilic, Sharon Padt and Olga Bialasik