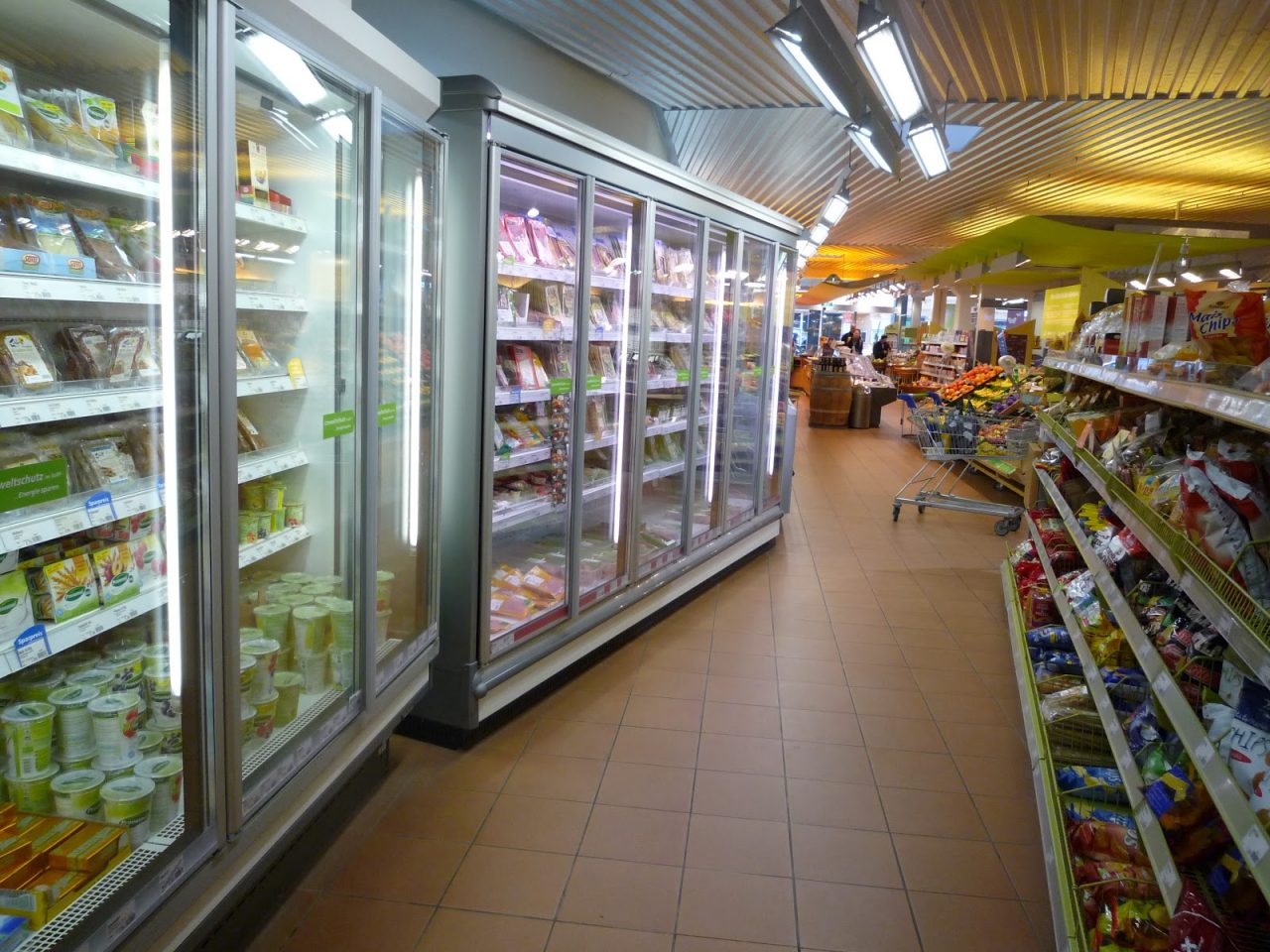 Tesco and ASDA have become the first retailers to sign up to trials with the National Grid, which will see their hundreds of thousands of aisles of fridges and freezers used as a ‘virtual battery pack’ to reinforce the UK’s electrical supply.

The National Grid is responsible for managing and maintaining a steady supply of power to the entire UK. It is especially challenging to maintain this supply during times of ‘peak demand’ where the system’s capacity is pushed to its limits. If the Grid cannot supply sufficient power to an area, the network automatically disconnects to prevent damage to appliances, causing a power cut.

The power generated to supply the UK’s commercial refrigeration, contributes to a massive 12% of its total carbon emissions. This considerable draw on the energy network has sparked the National Grid to pilot schemes with both Tesco and ASDA. The scheme would see the retailers turn off their fridges at times when the grid is under stress. In total, this could free up an additional 65 megawatts of power, enough to power 42,500 homes.

But won’t this result in a hellish vision of ice cream flooded aisles all over the UK? Well, as Prof Simon Pearson from the University of Lincoln puts it, “cold food is… the UK’s largest battery,” referring to the heat capacity of the cold food. Heat capacity defines how much energy must be put into an object before there will be a rise in its temperature. As the chilled products have a high heat capacity, a lot of energy must be exerted to raise their temperature. Combined with well insulated refrigeration, an outage of half an hour won’t see your favourite flavour of Ben & Jerry’s flooding your nearest Tesco. Indeed, fridges in these stores are already turned off once a day for defrosting purposes.

The power freed up when this system is called into action will allow more power to be directed elsewhere, meaning fewer blackouts and less reliance on gas power stations, presently the go-to way of providing extra power quickly. Fewer blackouts, reduced greenhouse emissions, and you still get your favourite chilled treats! It’s a very cool solution to keeping the planet from overheating.