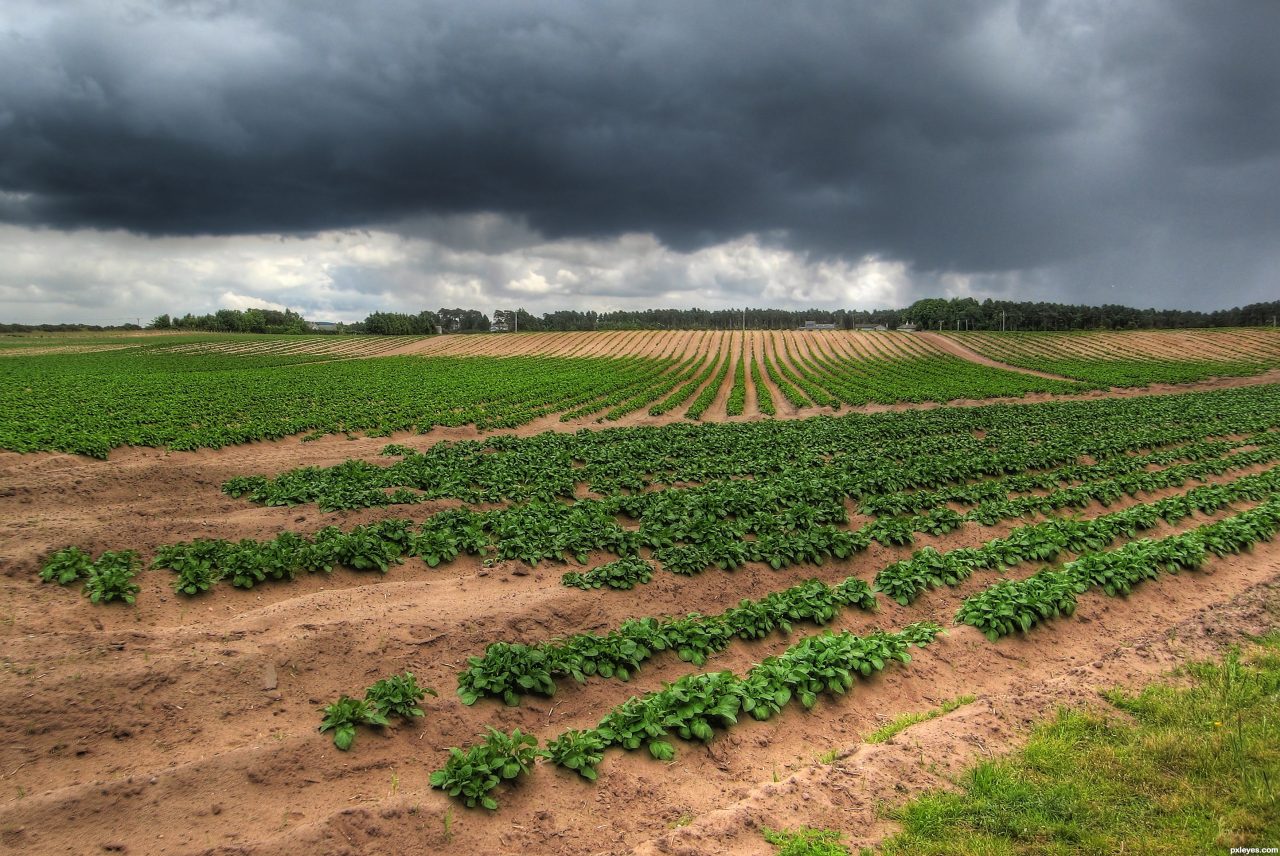 As Lord of the rings famously said “boil ‘em, mash ‘em, stick ‘em in a stew”. The humble potato has many uses and is now on the verge of launching a food revolution. On a small island called Texel (pronounced Tessel), part of the Netherlands, a group of scientists have pioneered a species of potato that is grown using diluted sea water. While most farmers go to great lengths to keep salt water away from their crops Marc Van Rijsselberghe, an entrepreneurial organic farmer has embraced the salty water and developed a potato that is not only tolerant of salt water, but thrives on it.

Inspired by the Sea Cabbage, which grows locally, the 59 year old farmer setup Salt Farm Texel and teamed up with the Free University in Amsterdam to create their non-GM crop. The crop contains no more salt than the average potato; the experiments found that the more salty the environment the more sugar the plant produces, any excess salt in the plant is confined to the leaves of the plant.

Van Rijsselberghe said that. “Up until now everyone has been concentrating on how to turn the salt water into fresh water; we are looking at what nature has already provided us with.” Desalination plants have been constructed all over the world, the UK has a £270 million plant on the river Thames and Saudi Arabia produces 70% of its drinking water this way. However this is a very expensive way of producing drinking water, demanding a lot of energy and the left over concentrated brine must be disposed of. Due to the expense of the process it is not a reliable method for poor countries.

The scarcity of fresh water has been labelled as one of the planet’s most desperate issues by the World Bank, NGOs, Governments and Environmentalists alike; 89% of the world’s water is salinized and 50% of agricultural land is threatened by salt water. With the effects of climate change becoming ever more present, these numbers are only set to increase meaning that without salt tolerant crops like this food production will decrease.

Thanks to this pioneering project several tonnes of potato seed are on their way to Pakistan where thousands of hectares of what was unproductive land will be used to grow and adapt the crop to a warmer climate. If this experiment works the crop could transform the agricultural landscape of countries such as Bangladesh where coastal flood waters wipe out crops with increasing regularity and the lives of 250 million people who live in salt-affected soil areas hang in the balance.