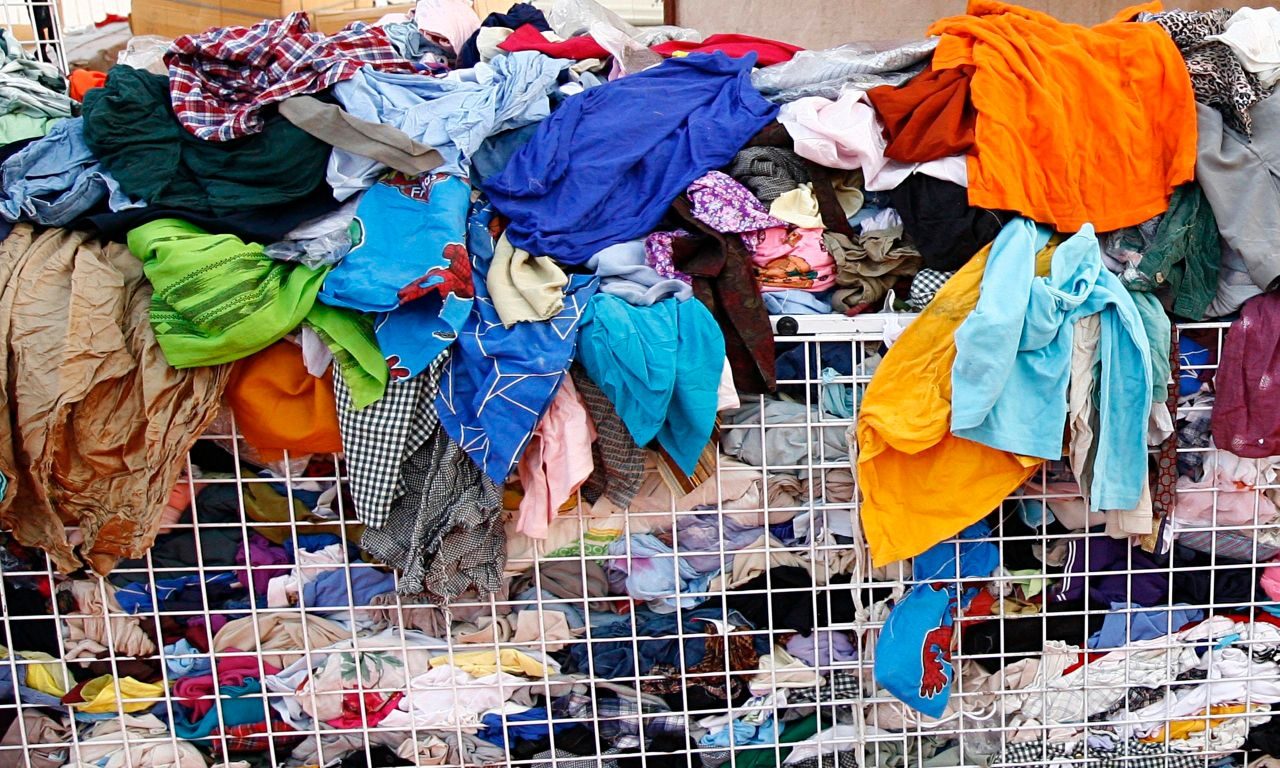 With yet another London Fashion week over and companies already planning their 2015 spring summer collection, it seems that clothes from summer just gone are already well and truly out of style and those clothes that are ‘so last season’ will soon be disposed of.

Over 60% of the UK clothing waste ends up in landfill which is a sad fact for any vintage lover, but the reality is that we just don’t make clothes like we used to any more. During the war material was in short supply and everything had to be made to last, now garments are only made to last one season before they fall apart, forcing you to go back and buy more.

Clothes deposited into general waste are sent to landfill, which in the UK is over two million tonnes per year; here they are dumped with other waste and left to break down. The synthetic materials that such cheap fashion is usually made from takes a long time to degrade and in some cases the clothes will never biodegrade. This none-biodegradable clothing can cause issues with the soil structure, causing a build-up of water which increases the severity of flooding around landfill sites and increases the amount of toxic run off from landfill, which is costly for councils to fix.

It’s difficult to encourage people to buy less, despite the recession, spending on fashion has increased and supermarket back to school offers have eliminated the traditional hand-me-down school uniforms. Recycling is one key way to keep clothes out of landfill, but with Britons only recycling 16% of their clothes, this does not go far enough. Most of these items are headed to East Africa to be sold in street markets and are given a much longer shelf life, usually being used to clothe several generations of the same family. Other uses include shredding to produce mattresses and carpets.

This season any no longer needed clothes in the Bangor area will be spared the bin and will instead be going to the Craft and Sewing Society’s clothes swap on Tuesday 14th October at 7pm in Greek Room Main Arts; where last season’s clothes can be swapped for something new. It’s simple system, participant take along a minimum of 2 items, pay £1 entry on the door, and then take whatever items they fancy. This simple initiative hopes rectify some of the throwaway culture of fashion, and help rejuvenate the wardrobes of Bangor students.