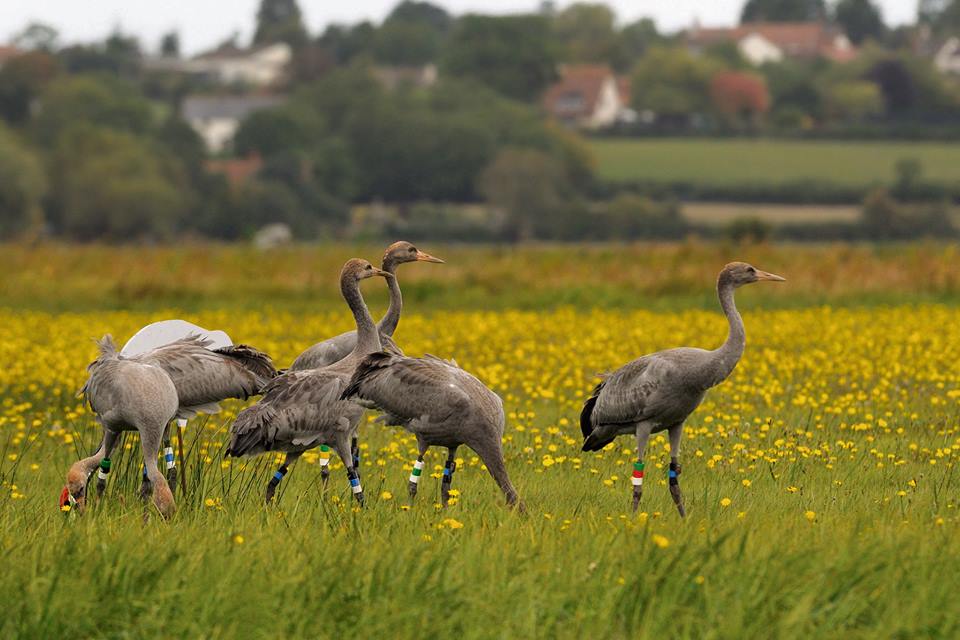 Five hundred years ago, cranes were a common sight across the British Isles, however these majestic birds were made extinct by over-hunting and loss of wetlands. Over the past 5 years, a programme, termed ‘The Great Crane Project’, has aimed to reintroduce cranes back into the UK. The project has raised and released almost 100 cranes on to the Somerset Levels and moors.

The Great Crane Project is a joint venture between the Wildfowl and Wetlands Trust (WWT), the RSPB, Pensthorpe Conservation Trust and Viridor Credits. The project aims to restore the Eurasian Crane to areas where they used to reside. The WWT reserve at Slimbridge has been host to the crane school the past 5 years. This school has raised the cranes from eggs, which have been taken from a healthy wild crane population in Germany, and from there raised to adults.

Cranes are naturally very social birds and are cared for and raised by their parents for several months, for this reason special measures have had to be made when raising the birds. The project raises the young birds in classes of around 16, these help to teach the cranes various skills that they would usually learn from their parents, such as foraging and exercise. One task that was undertaken was daily walks, over 40 volunteers walked the birds every day, clocking up over 700 hours of exercise, as this is very important in the development of the young birds. When raising the birds, the main concern was making sure that the cranes wouldn’t become too familiar with humans as this would put the wild population at risk from poaching. To reduce this risk the volunteers wore grey hooded overalls.

With the last class of birds fully released on the Levels, Damon Bridge, manager of the Great Crane Project, made it clear that this was only the beginning of the recovery of the wild crane population, stating “we’re all looking forward to the next phase of the project with the cranes settling down to breed and raise youngsters in the wild”.

In recent years the Eurasian crane has naturally started to recolonize some regions of eastern Britain, but it is hoped that with a large flock now fully established in Somerset, the cranes will have a strong foothold in Britain and will eventually spread out and recolonize western Britain.