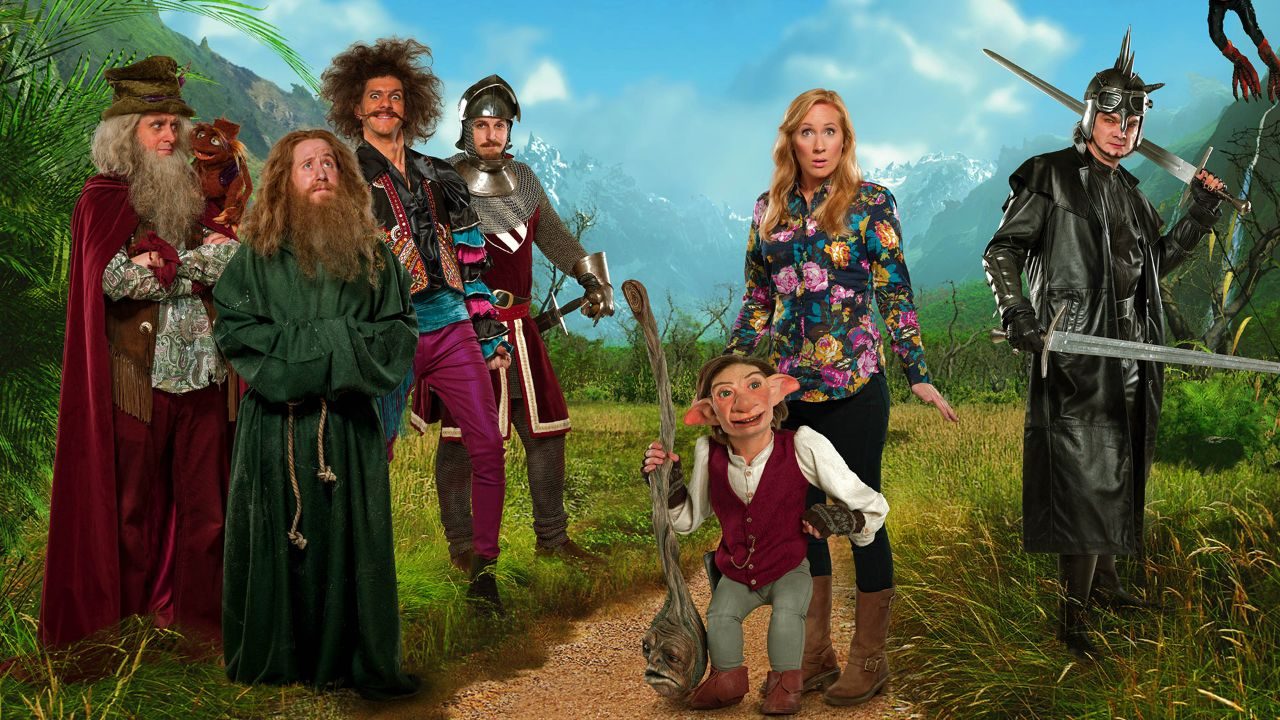 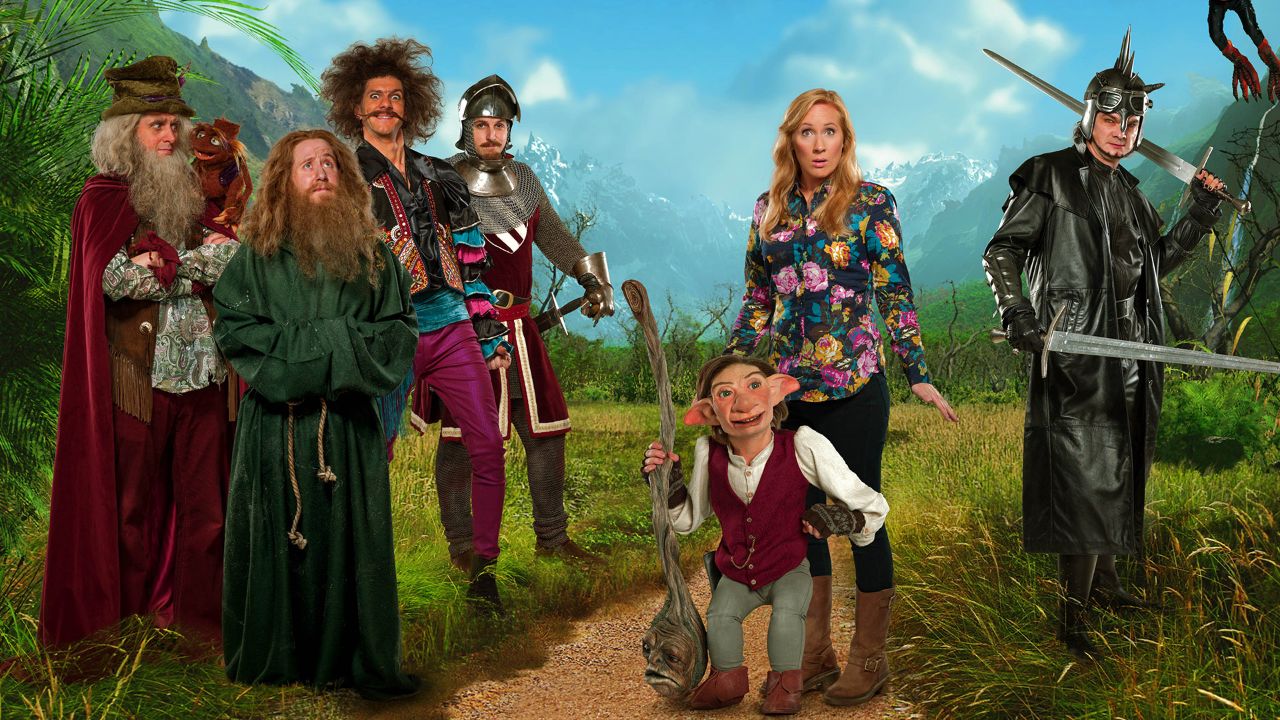 Trying to summarise Sky’s new original comedy Yonderland to anyone who hasn’t seen it has proven to be very difficult. The closest I can manage is this: imagine a TV show featuring the Muppets and their sense of humour, then imagine the plot of that show is taking the micky out of Lord of the Rings. Strange, I know, but somehow this show works!

A comedy show created by the people who bought children (and adults) Horrible Histories, the show pokes fun at numerous elements of the epic fantasy dramas that have come to our attention recently (Game of Thrones and Once Upon a Time.) The premise is very traditional: an evil force threatens all the realms of Yonderland and following the prophecy written on an ancient scroll the ‘saviour’ must be found and bought before a council of elders to accept their destiny and to save Yonderland. Cue Debbie Maddox, a regular homemaker who fills her day with endless daytime television programmes waiting for her husband and two children to return home from work/school, until one day when she opens her pantry and finds an elf waiting to take her to her ‘destiny.’

Yonderland’s success lies in its ability to hit a fine line between serious fantasy adventure and full out comedy sketch show. The first series follows Debbie’s attempts to grasp what it is to be a saviour in this foreign land (the scroll with the specific details of her purpose was unfortunately lost in a drunken haze), while the main antagonist Negatus tends to spend each episode dealing with various Health and Safety issues that arise from installing torture devices for his enemies.
Yes, all in all it’s a bit silly, but it’s witty one liners and effective use of puppets makes this a truly laugh out loud half hour of TV.

Yonderland is on every Sunday at 6:30pm on Sky1