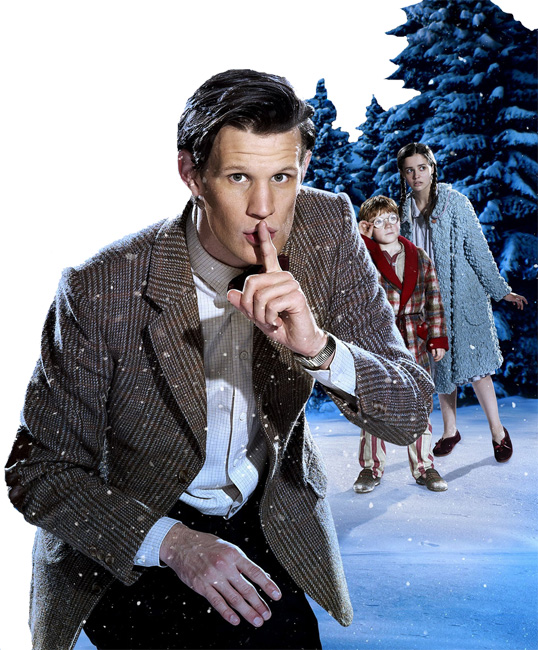 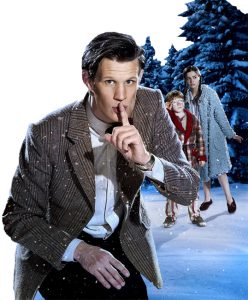 On BBC Children in Need night we were treated to a special preview clip of ‘The Doctor, the Widow and the Wardrobe’. The trailer looked brilliant! They’ll be four special guests: Claire Skinner, Bill Bailey, Arabella Weir and Alexander Armstrong. Alexander is best known for his role as Mr Smith in the Sarah Jane Adventures. The trailer showed Doctor Who arguably at its best; featuring plenty of twists and turns. It’s hard to say at the moment definitively what this episode will be like. My guesses are based on the fact that Steven Moffat is writing, which means that it could very involve a “timey wimey” element. What I saw in this trailer left me insatiable for the Christmas Special! Two criticisms of this particular episode (from what I’ve seen so far) is that it relies a lot upon the plot of C.S Lewis’s ‘The Lion, the Witch and the Wardrobe’ and also that it’s set in World War 2, which will make it the fourth time the series has visited this particular time period; by means of Steven Moffat most of the time. The alien species (i.e. the Doctor’s enemy) in the special are, at the moment, unknown but guesses are they are the monsters who look like trees. They could be either the “wood people” (which in my opinion resemble the weeping angels) or the special guest stars, who are dressed in armour. We’ll just have to find out on Christmas Day!

It’s been recently announced that David Yates is making a Doctor Who film (he is known for directing the final four Harry Potter films). There are no real clues as to what the film will be about as of yet. All we know so far is that it is unlikely to feature any of the Doctors who have appeared in the series on the BBC and that Russell T. Davies or Steven Moffat are unlikely to be asked to help with the film. Yates said that “Russell T Davies and then Steven Moffat have done their own transformations, which were fantastic, but we have to put that aside and start from scratch,” he also said that the film would be “quite a radical transformation” from the latest series.  The Doctor Who film won’t reach cinemas for several years yet, and as far as we know there is no script, cast or production crew in place. So we are in the dark as to any of the real details. At the moment the film is set to be split up over two years. There is no news, as yet, about the 50th anniversary of Doctor Who. I’m looking forward to more details about the Doctor Who film and the seventh series!