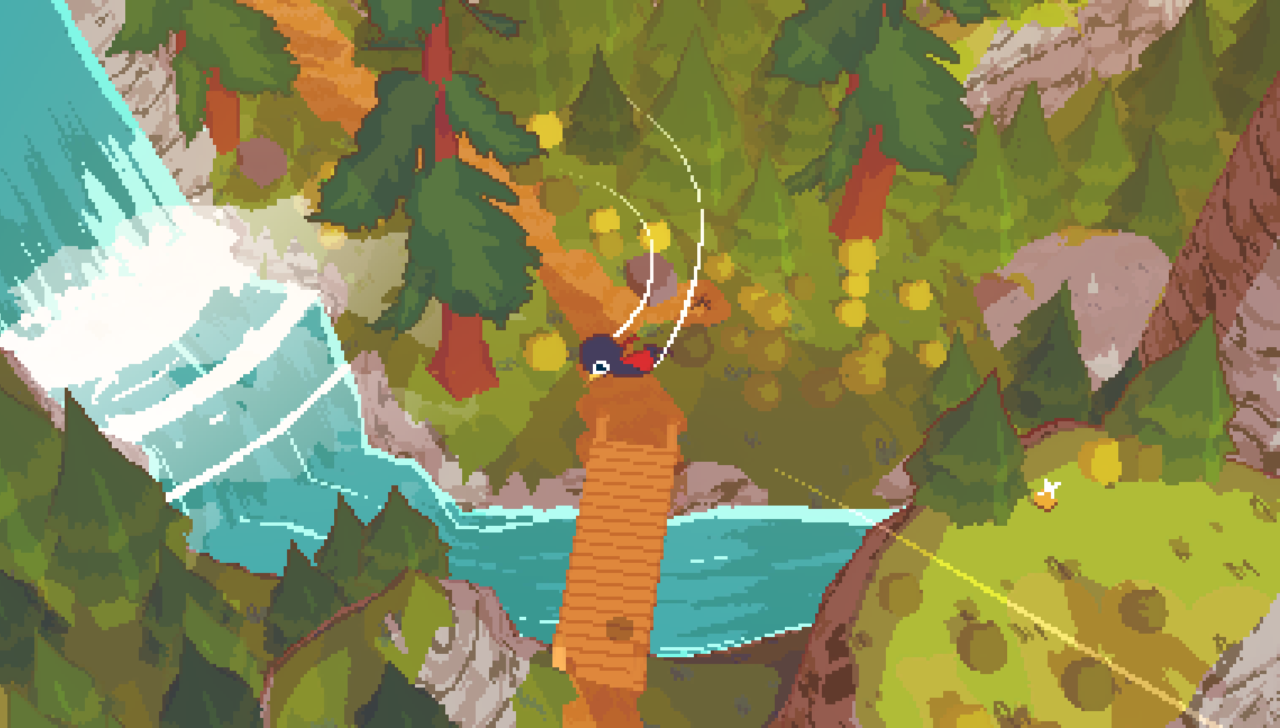 A Short Hike is a charming game focused around exploration, overcoming obstacles and helping others. You play as Claire, a bird whose vague goal seems to be to climb a mountain, but there’s plenty else to do along the way.

The game’s world and characters are very visually appealing. As you run, climb and glide about the place, there’s something interesting to find at every turn, and traversing the environment is enjoyable in itself.

As you meet different characters around the island, you take up various opportunities to help them out, and you learn a little about them and their lives. There are also a few characters who let you participate in minigames, including a number of freerunning races, which let you test your skills with the game’s fantastically satisfying movement.

The main story as such, wasn’t the highlight for me when playing A Short Hike. The gameplay isn’t particularly mechanically challenging either. The true enjoyment in A Short Hike came from the exploration. It’s not some sprawling open world, but it’s big enough to feel like you’re climbing a mountain, and there are enough secrets and details that nowhere feels empty. There’s something worth your time everywhere you go, and plenty of reason to go back to places you’ve been before, when you gain additional stamina.

I’m also a big fan of the writing in this game. Almost every dialogue interaction is witty and charming, and meeting all the quirky characters was a lot of fun on its own.

Most of all, A Short Hike is a wholesome, relaxing game. You can take it at your own pace, or you can rush through it and keep track of your pace with the built-in speedrun timer. I was drawn to it by the art style and traversal/exploration-based gameplay, and if it sounds appealing to you too, it’s definitely worth a look. A lot of the types of games people play to chill never really clicked with me, due to a lack of a goal and the gameplay feeling like a chore. That’s not the case with A Short Hike; there’s plenty to do and it’s fun just to roam around the world.