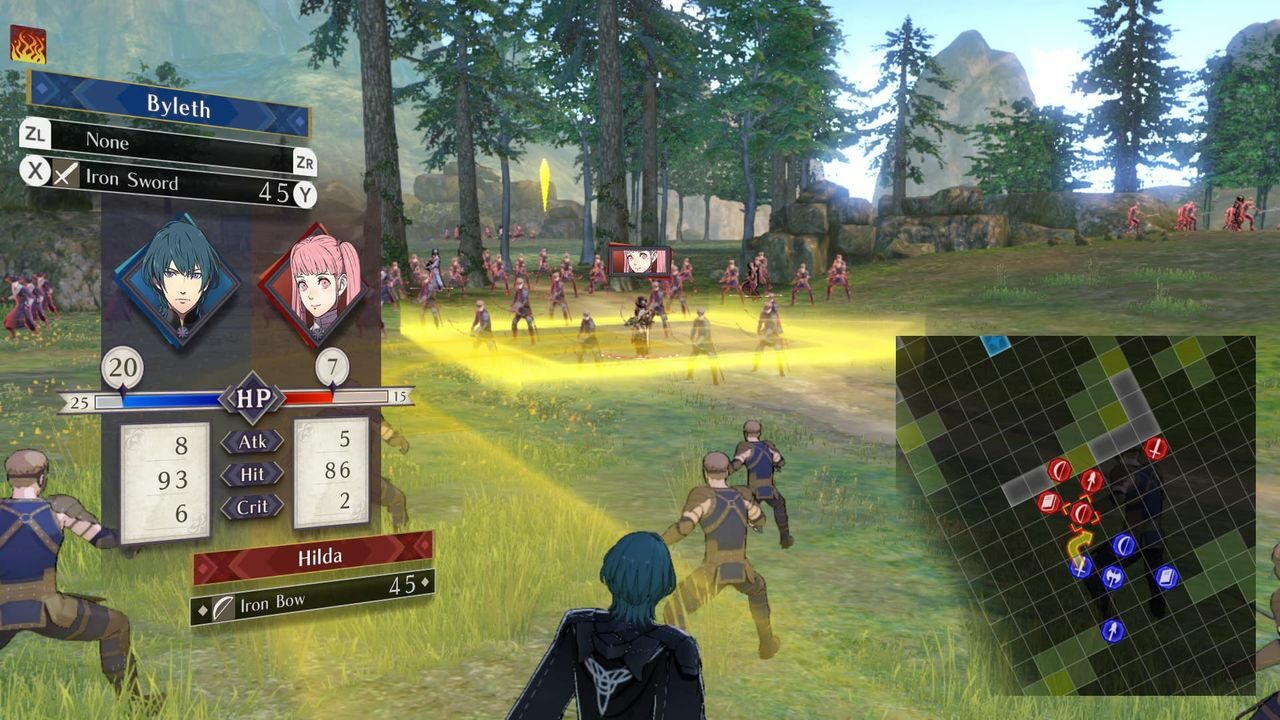 I discovered the Fire Emblem series in 2013 when I played Awakening on the 3DS, and became an instant fan. The most recent release in the franchise is last year’s Fire Emblem: Three Houses, and it did not disappoint.

For anyone who hasn’t played or heard of Fire Emblem before, it’s a turn-based tactical RPG, where every unit you use in battles is a character who can develop relationships with others, providing additional story and gameplay advantages.

Three Houses is set predominantly in a monastery with a school that teaches the children of the wealthy nobles of the continent in war and strategy. You take the role of a teacher and strategist, choosing a class of students to teach, leading them through various missions as the peace enjoyed by the world is slowly dismantled. The second half of the game takes place five years later, and progresses very differently depending on certain choices made before the timeskip, resulting in four possible story routes.

The story itself, while nothing ground-breaking, is fairly engaging; it has plenty of twists and secrets available through optional conversations and side missions. While most of the characters are largely one-dimensional, they’re entertaining and in most cases, once again, have nuances hidden in the aforementioned conversations and side missions.

The gameplay is personally my favourite aspect of Fire Emblem, and this holds true with Three Houses. I know this isn’t the case for everyone, and part of the reason Fire Emblem has grown in popularity so much over the past few years is because people with different tastes can gravitate to different aspects of the games, but to me, most of the enjoyment comes from building my army and developing them with various classes, skills, and weapons.

Earlier, I mentioned that Fire Emblem: Three Houses has four story routes, and this is one of the biggest selling points. Each one is different from the others and playing through all of them took me over 300 hours game time and over a year in the real world. I’d normally say that £50 is too steep for a game, but in this case, you’re getting a lot of game-per-pound, which goes a long way to justify it. Of course, £50 is £50, so if you can find a copy at a lower price that’s obviously preferable, especially if you end up buying the DLC. Said DLC adds a handful of extra units you can add to your army, an additional hub area to explore in-between battles, and a new side story, separate from the main routes and four new classes that you can reclass your units into. For me it was worth the extra investment, and the extra units helped with giving me new options in my final playthrough of the main story.

All in all, if you’re familiar with and already enjoy Fire Emblem, you’ll almost certainly have a good time with Three Houses. If you’ve never tried, or even heard of, Fire Emblem before, I’d recommend giving it a go. I think Three Houses has something for everyone, and if you end up enjoying it as much as I did, you’ll have a game that can easily keep you going for a few months at the least.