The next generation of gaming has finally arrived with Microsoft’s Xbox Series X. Unveiled just under a year ago, the Xbox’s November 10th release saw many stores completely sell out of not only the Series X as well as its younger, less powerful brother, the Xbox Series S. Fortunately, I was able to get my hands on one and have been playing with it for the last few days. So how does Microsoft’s self-proclaimed ‘World’s Most Powerful Console’ actually hold up?

The first big change is the design of the console: instead of looking like a traditional gaming console, the Xbox Series X is more akin to a PC Tower than a console. The design is simplistic yet sleek, and looks a lot better in person than I’d originally expected. The vent on top of the console is my favourite part though, slightly dipping inwards at the centre, with green accents inside the vents which act as an optical illusion. 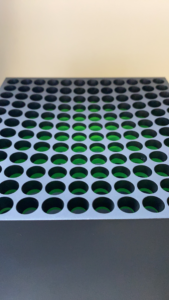 Let’s talk about the ‘next gen’ features that the Xbox Series X offers, the primary selling point being its power. This Xbox can run games natively at 4K resolution and 60 frames per second, with support for 120 frames on monitors and televisions that support it. All of the games I’ve tested on the new Xbox run at a consistent 60fps and so far have had no issues with lag or stutter. There is also support for lower resolutions as well. Games also look stunning thanks to Xbox Series X’s hardware-accelerated ray tracing. Combined with the console’s visuals and framerate capacity, this results in incredible-looking games.

One of my favourite features that the Xbox Series X boasts is a handy feature called ‘Quick Resume’: this feature allows you to have up to four games running in the background simultaneously. If you’re playing a single-player game like Fallout 4 or The Witcher 3 and your friends invite you to play some Call of Duty or Battlefield, you no longer have to save and exit your game. Instead, Quick Resume remembers exactly where you left off, even if the console loses power or is unplugged. Quick Resume is also incredibly fast thanks to Xbox Series X’s ultra-fast SSD: games now load incredibly fast, and resume even faster. One impressive example is Grand Theft Auto V, which only takes 37 seconds to load up from the Xbox dashboard to the GTA V Single-Player.

Speaking of games, Microsoft has again banked heavily on two of its most notable features for the Xbox Series X: backwards compatibility and the Xbox Game Pass. If you have been an Xbox fan since the original Xbox released in 2001, then this is absolutely the console for you, as Xbox Series X can play titles from the Xbox, the Xbox 360, and the Xbox One. It also enhances all backwards compatible games so that they play better and look nicer. The Game Pass is truly the star of the show here though, and continues to be one of the best value subscriptions on the market. Game Pass Ultimate (which is £10.99 a month) nets you Xbox Live Gold, Xbox Game Pass for Console & PC, Game Pass Perks, a dedicated Quest system which rewards you with Rewards Points, EA Play at no extra cost, as well as X-Cloud, a service which allows you to stream games to your mobile and other devices. It feels almost as if the consoles this year were fundamentally designed and built around the Game Pass.

Microsoft took the phrase “If it ain’t broke, don’t fix it” to heart with the new Xbox Series X Controller: it is incredibly similar to the Xbox One’s controller, albeit with a few key differences. There is now a dedicated ‘share’ button in the middle of the controller to allow users to capture screenshots and gameplay much faster. The D-Pad has also been changed for the better, looking like a hybrid between the Xbox 360 and Xbox One D-Pads, which inherently feels much nicer to click than the latter. Another great addition to the controller is textured grips and triggers, which make the controller feel much more secure in your hand. 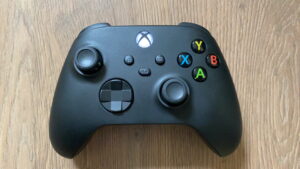 No new console is without its issues, however. The Xbox Series X (and S)’s biggest drawback is that it doesn’t boast a lineup of exclusive titles like its competitor, Sony’s PS5, since Halo Infinite was delayed until 2021. Exclusive titles can be the key difference in sales at the height of a new console generation; Sony’s incredible PS4 lineup last generation pushed them far ahead of the Xbox One. If you’re only into Xbox for the exclusives, there’s not really a reason to pick one up right now, which is a big negative. The Xbox Series X’s dashboard, games & apps page, etc. also all look the same as that of the Xbox One, and in all honesty I was a bit disappointed that they didn’t try to change things up a little bit.

All in all, the Xbox Series X is a fantastic console, albeit feeling more like an enhanced version of the previous generation as opposed to a new generation.