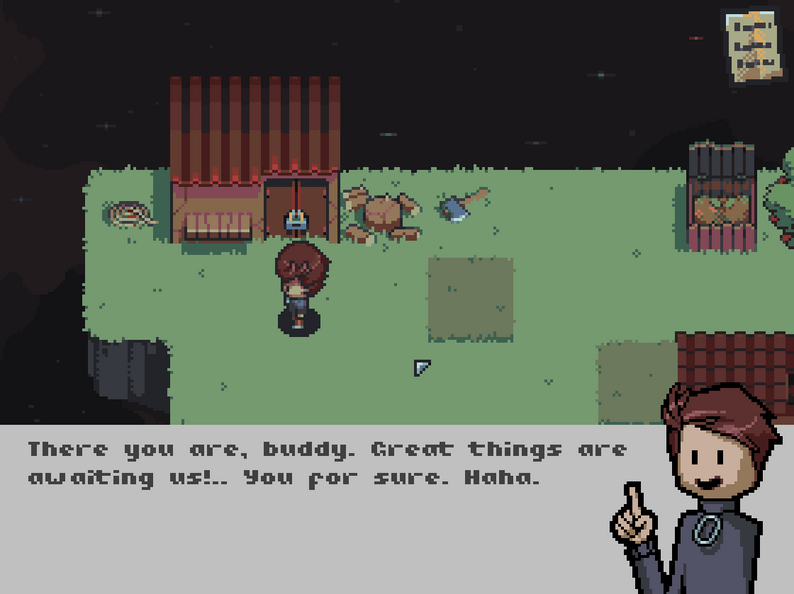 The world of video games isn’t all AAA studios and next-gen graphics. It’s an artistic space full of creative people using the medium to tell their stories and push the boundaries of what games can and should be.

Here are five indie gems that deserve to be in the spotlight:

We are starting off this list with To-Do-List, a pixel-art point’n’click horror game. The small-scale experimental title has you take control of a nameless man on a solitary island in space who has to complete a series of tasks on a piece of paper, across seven days.

Here’s why it’s great: Through its deliberately repetitive gameplay, non-linear storytelling and simple yet effective character design and world building, To-Do-List pulls off a genuinely tense and frightening  atmosphere. The implications of life in solitude and in service of arbitrary tasks and how that affects the psyche are just as effective as the theme of cosmic horror the game touches on. After all, what is scarier than existentialism? Besides, the game is free and only around 20 minutes long – highly recommended for a spooky dip into indie horror. 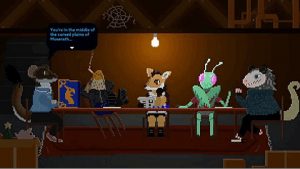 This short story-focused game follows a group of anthropomorphic animal friends as they have a reunion to play one last game of Dungeons and Dragons (or Basements and Bugbears as it’s called in-game, but you get the drift). Half of the game is spent in your friend’s house as you catch up with your old pals and find out what is going on in their lives, and the other half is played in character in the roleplaying world itself as you play BnB.

Here’s why it’s great: Basements and Bugbears impresses with authentic writing and a fun concept that supports an emotionally impactful and relatable story. It has everything you could want from a game like this: it’s angsty, it’s nerdy, it’s punk, and it touches on issues surrounding being gay, identity, inclusion and finding your own way in life – also you can kiss your friends. If any of these things interest you at all – big recommendation! 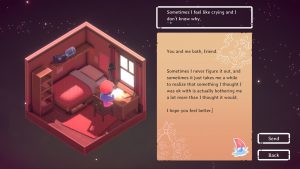 Now this is something special. It is hard to classify Kind Words as a game at all. Rather, it’s a community built on mutual support and kindness. You sent out messages requesting advice, support, or simply an open ear, and other people all across the globe can answer you in anonymous letters, and vice versa.

Here’s why it’s great: Seldom has there been a “game” community as wholesome and supportive as the one Kind Words fosters. Without expecting anything back, people you would never come across in real life write to you to express their empathy just for the sake of it. It’s saying “I don´t know you but I want you to know that I care. You are not alone.” and that’s truly beautiful. A game for the soul that, besides the wonderful concept, has an adorable design (e.g. your post is delivered by a deer and you get to put fun stickers on your letters) and a chill, lo-fi soundtrack. 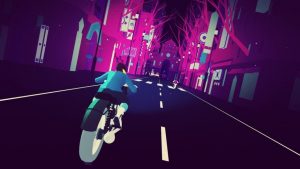 Sayonara Wild Hearts is a dreamy arcade game in which you play as a heartbroken woman on a magical quest, mainly consisting of driving a variety of vehicles, including skateboards, motorcycles and cars, as well as rhythm-based combat. Across twenty-three levels, an original pop soundtrack guides you through an unconventional journey.

Here’s why it’s great: Sayonara Wild Hearts is, simply put, absolutely stunning. The stylized environments correspond perfectly with the enchanting electronic pop music which makes you feel like you´re in an interactive music video, or better yet, your wildest vaporwave dreams. It’s like Subway Surfers if Subway Surfers was about personal growth, and also the most beautiful game you´ve ever played. The story is not overly complex but nicely ties together the different levels; it’s vague but never incoherent.  A true gem.

by Toge Productions, £10.29 on Steam (also available on Nintendo Switch, PS4, Xbox One) 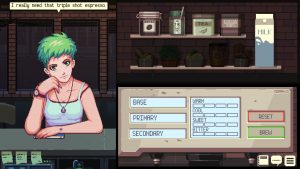 Coffee Talk is a Visual Novel game that takes place in an alternative universe where elves, vampires, werewolves, etc. coexist with humans. As the owner of a coffee shop, you have a simple task: make hot drinks for your customers. Each night, different, often reoccurring, characters will come in and talk to you and each other, revealing things about themselves and driving the story forward without much input from you.

Here’s why it’s great: Not having dialogue choices or, in fact, any choices except mixing the right ingredients to make a plethora of hot beverages, might sound boring and like it defeats the purpose of a game, but Coffee Talk is a unique experience that immerses you in its fantastical world and truly lets you feel like a barista – always offering an open ear and the perfect drink for every mood without imposing yourself on your customers. The fun character and world design, excellent writing and inventive concept and story, as well as the very satisfying drink making mechanics (latte art anyone?) make this a very engaging but chill play.