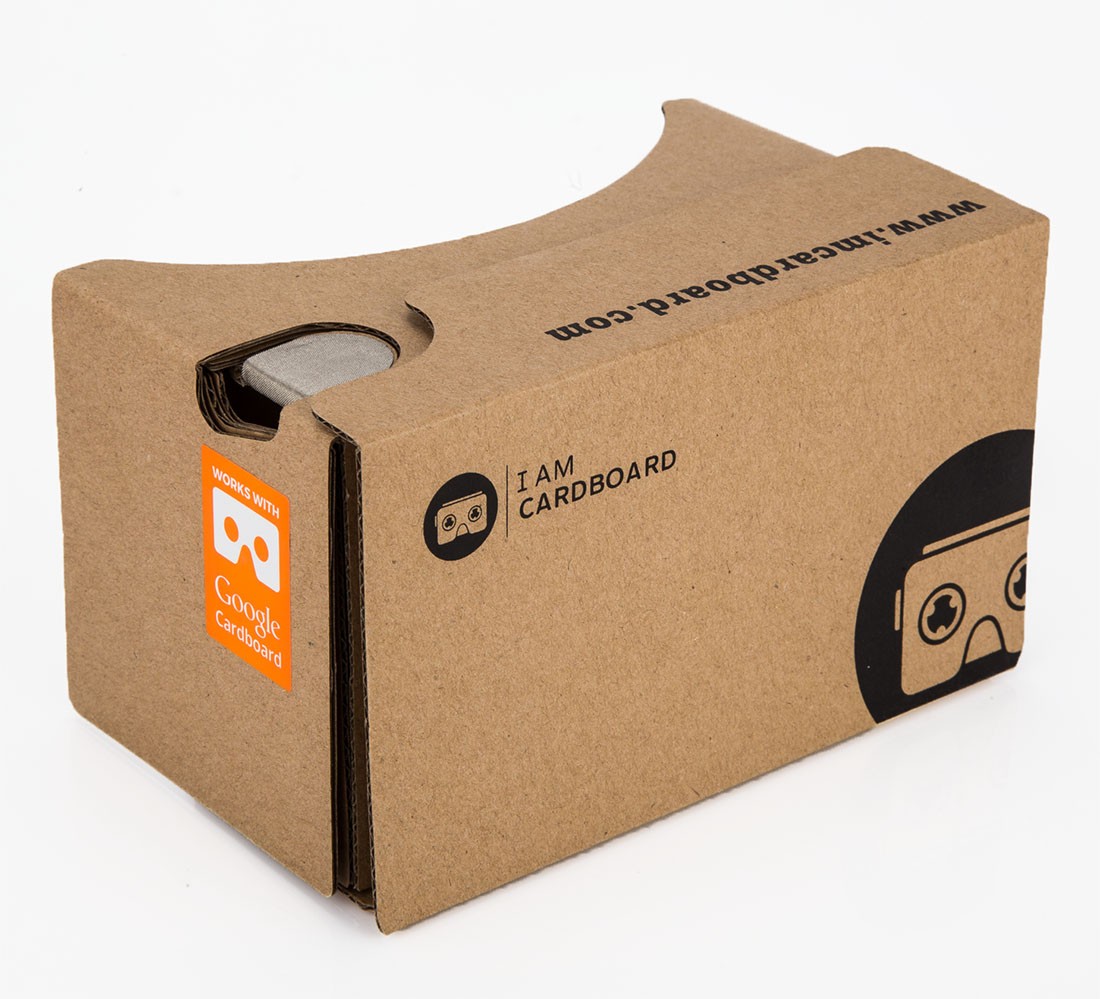 Have you noticed when you hit the little cog when viewing YouTube videos with your mobile device there’s a “Cardboard” option? Well this is Google’s cheap and cheerful answer to affordable virtual reality for people at home.

First launched at Google I/O 2014 this accessory has been partnered with a few select companies including Volvo, which, along with their Volvo Reality, let the user explore the XC90 without having to leave the comfort of their own home. For a while the pickings were slim with but a few custom apps and no real takeup until earlier this year.

At Google I/O 2015 compatibility was extended with a conductive lever to control the phone as opposed to the original design of magnets to work with the internal compass, and a bigger viewing space for devices up to 6”. The same conference also announced the port of Google’s demonstration app to iOS.

In February of this year, toy manufacturer Mattel, in cooperation with Google, announced a VR version of the View-Master which allows to user to bring reels to life with an augmented reality interface, which enables access to content from the reel, such as 360-degree panoramas, 3D models, and mini games.

Not too long ago Google also announced YouTube support for 3D virtual reality videos, this announcement means that you can now make and create some unique experiences including joining the Blue Angels in the cockpit and an F1 driver in the Putrajaya Race.

This month NY Times subscribers woke up to find a free branded version of Google Cardboard with the help of funding from GE. The reason for this gift was the launch of their new virtual reality film, The Displaced, which they have described as “the first critical, serious piece of journalism using virtual reality, to shed light on one of the most dire humanitarian crises of a lifetime”, children uprooted by war.

The magazine’s editor, Jake Silverstein, said, “The power of VR is that it gives the viewer a unique sense of empathic connection to people and events.” It has huge potential, he said, to help bring viewers news and stories from the most inaccessible places. The Displaced, which was made in collaboration with the VR company VRSE, is the first of a series of VR films The Times plans to present. The Times will also release a VR app.