Tech On A Budget- Amazon Fire 7″ 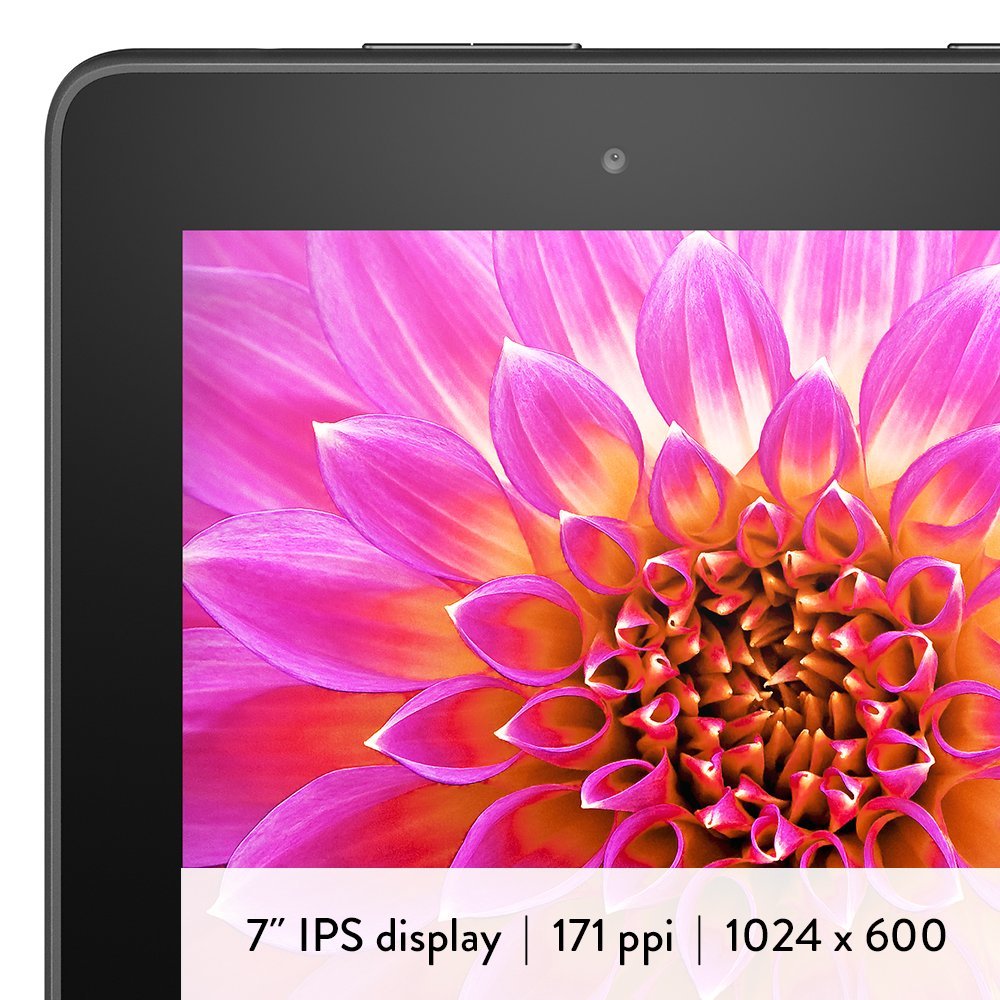 Tablets have become one of the main media consumption devices. Unfortunately a decent tablet can set you back well over £100 which is why the new Amazon Fire, now under £50,  may be of interest to you. The device itself is worth more than this so you may be asking why they are willing to sell below, or close, to cost of production? The answer is in the lock screen which will show a carousel of advertisements every time you turn the screen on. This can not be disabled but honestly, how often do you sit there staring at a lock screen?

Don’t be fooled. You will not get the android app store or the latest stock OS as you are locked into Amazon’s ecosystem with Fire OS 5.1 “Bellini” and the Amazon Underground app store, where you can find many of your favourite premium apps for free and without in-app purchases (although there are tutorials to put Google Play on the device). Due to being tied into Amazon you also have free cloud storage for all Amazon content and photos taken with Fire devices. Don’t get too excited, though, as the rear facing camera is only 2 MP at 720p and the front is VGA (640×480) which is pretty poor for most things. It will, however, get you through a quick Skype with the family back home, although you may look a little washed out.

The screen is not HD but it does provide bright and vivid colours on its 1024×600 IPS display. Unlike cheaper tablets, the display allows for wide viewing angles so you do not have to be directly in front, making it perfect for showing your friends the latest Yaks or sharing downloaded Amazon Prime movies and series. The tablet only has 8GB of inbuilt storage, which for the price is nothing to complain about, but it also offers the ability to upgrade to an additional 128GB with its microSD slot.

From some of the ‘scratch test’ videos on YouTube it looks like a tough little tablet having survived the likes of a light bulb being smashed on it, keys being drawn across the screen, pennies dropped, and a knife hitting the screen with little to no damage. Speaking of YouTube, the sound quality is pretty decent although if you lay the device on its back the speaker will be blocked so you will need to hold it or get a nice stand.

With the tablets 1.3 GHz quad-core processor and GB of RAM it is a little slow to respond at times but it is still much faster than a tablet of a similar price and is able to play ‘Hearthstone: Heroes of Warcraft’ which is quite a processor heavy game, although it does take a while to get through the initial load screen. With gaming you will also need a good WiFi signal which may be a problem in crowded areas as it only has single band 2.4GHz 802.11b/g/n. That could kill the fun in halls or on a public connection, although on device gaming should be smooth especially with the ability to pair a bluetooth controller or headset.

The tablet itself claims to be twice as durable as the iPad Air 2 which may be due to its plastic construction which makes it more flexible. This does have the issue that if you press the back too hard it can also trigger menus and other actions which can be a problem if you have a tight grip. The durability is a good incentive but it also has a kid safe mode which makes it an ideal present for children (along with special covers) as you can create a profile for each child and choose what books, apps, games they have access too. If they like to avoid homework you can also set daily limits for tablet use, or restrict certain categories (such as games and video) while leaving unlimited time for reading. 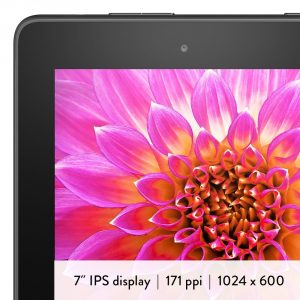 One more thing to consider before purchasing this device  is that it can reach around 7 hours battery life whilst taking 6 to charge from being completely dead. If this sounds like a device which would interest you and some friends you may also want to band together and make an order of a six pack. For some reason Amazon are offering 6 for the price of 5 so you could end up paying only £33.33 for your very own tablet.