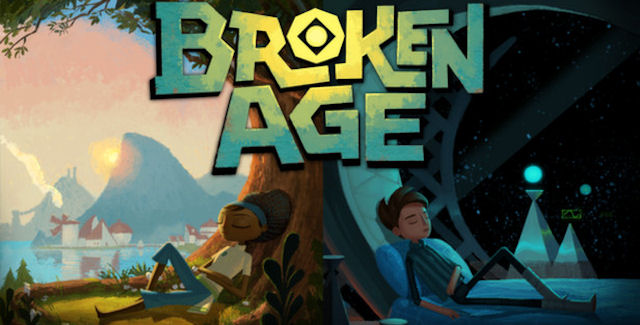 During the nineties, LucasArts was a pioneer of the point and click adventure game, bringing us now classic titles like the Monkey Island series and Day of the Tentacle. These games have a special place in my heart, and looking back it’s not hard to see why. These games were original, completely engaging, and most of all, they were funny.

Looking back, when was the last time you played a game as unique as the dystopian motorbike adventure Full Throttle? Or as charming as the Mexican folklore-inspired Grim Fandango? All these games hold something that is sorely missed among the big budget AAA games of today: a focus on complete originality. Sadly, the point and click adventures are painfully absent from recent game publishers calendars, and many would say that the genre is well and truly dead. But is it really?

The beginning of this year saw the release of the first act of Broken Age, an entirely crowd funded point and click adventure game from Double Fine with a second act and an IOS release currently on its way. In its tongue-in-cheek Kickstarter video, adventure game spearhead Tim Schafer states: “if I was to go to a publisher and pitch an adventure game, they’d laugh in my face.”

However, with Broken Age raising over four times its estimated budget entirely from public donations, it’s obvious that there is a huge want among consumers for a return to this once mighty genre. And happily, the end result is a triumph. It’s not entirely perfect: the puzzles are a little on the straightforward side, and it suffers from patchy moments in its dual story, but Broken Age is packed with charm, humour and originality, reminiscent of those classic point and click titles that dominated sales in the nineties.

The past few years have seen a number of successful adventure titles that further prove that the genre is still alive and kicking, most notably being Telltale Games’ The Walking Dead series. Instead of taking the oversaturated first person shooter approach to the zombie apocalypse trope (see the pointless The Walking Dead: Survival Instinct) Telltale injects new life into an almost stagnant theme through a focus on narrative and character development, a feat that is hugely entrenched in its adventure game roots. Worthwhile indie titles such as the robotic love tale Machinarium and the eerily atmospheric Kentucky Route Zero also continue to display how valuable the genre truly is.

For a lot of people, the point and click genre begins and ends with poorly made room escape flash games, and blame can be partly put on publisher’s neglect of this now almost rare category. However, this recent resurgence in adventure games has shown that consumers not only enjoy, but demand these games, and are willing to fork out the money to play them. We may be past the golden age of LucasArts adventure games, but hopefully projects like Broken Age will help bring the genre to a new generation.