Fifty Shades of Grey: a colonoscopy of the mind 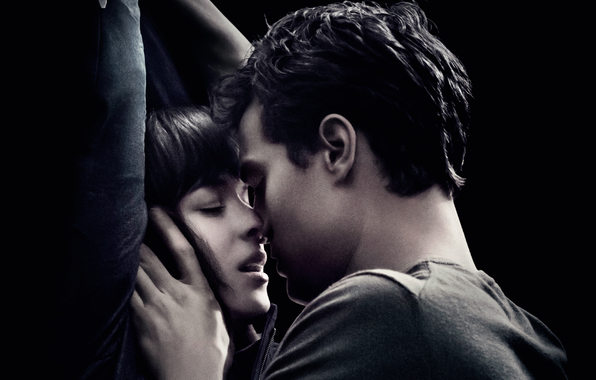 One of my earliest memories of primary school is of an English lesson, and the teacher told us that when writing stories, to never, under any circumstances, use the word “nice”, because it’s just too dull and unimaginative. A meal isn’t “nice”, it’s “delicious”; a sunset isn’t “nice”, it’s “beautiful”.

Yet in one of the most talked-about films of the year, after billionaire master of kink Christian Grey shows Ana into his chamber of torture, introduces her to his collection of whips and chains, holds her down and rips the virginity out of her, he rolls off of her only to be told: “That was nice”.

The book itself was widely criticised for being poorly written, but even with so-called professional screenwriters and filmmakers with God knows how many millions of dollars at their disposal, the film doesn’t do any better. It’s over 2 hours of complete and utter drivel, and there doesn’t appear to be any actual plot. It’s also horribly predictable; watching Christian Grey (Jamie Dornan) buying items in Ana’s hardware store (cable ties, rope, and masking tape… I wonder what he could want those for?) is painful to watch.

The acting is outrageously bad; Dakota Johnson’s portrayal of Ana Steele is enough to put anybody to sleep – which is probably why they had her whipping her boobs out every five minutes. That’s right boys: by the end of this film, you will actually be bored of seeing boobs.

Aside from the terrible acting, awful dialogue and complete absence of a plot, the film has some messages that are unsettling to say the least. It implies that anybody with a bit of kink in them must automatically be a victim of child abuse. Furthermore, Christian is a terrible person who treats Ana as just an object for his own enjoyment; and every time she starts to think “hang on, this isn’t right”, he just buys her something. Didn’t like being tied up? Here, have a new computer. I talked to you like you’re complete scum? No worries, I sold your car without your permission and bought you a shiny new one! You think I’m a creepy stalker and want me to stop following you around? Not a problem, how about a ride in my helicopter? And these grand financial gestures always seem to win her over. So there you go ladies, according to this film, men can treat you however they want: as long as they buy you stuff.

I advise each and every one of you to not spend your money on this film: unless you do what the Seren team did and go with a group of friends with the mindset that you’re going to watch a comedy (if you treat it like a comedy, it’s actually rather enjoyable).
Having said all of this though, my trip to see Fifty Shades was not all bad: the guy behind the counter at McDonalds screwed up my order, so I got an extra burger for free. So thanks for that, E.L. James.