Book on a Budget 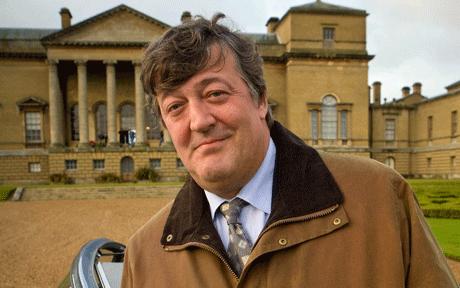 I am well aware that, as a university student, finances are tough. With many popular books costing anywhere from £8 to £15, it is unrealistic to fund a consistent supply of literature. In fact, it is difficult at times to fund the purchase of literature for your respected studies, let alone for leisure. Therefore, I decided that a good idea would be to promote reading would be to champion great literature which can also be purchased cheaply.

The book I shall be promoting is The Liar by Stephen Fry. As a well known public figure, comedic actor and presenter, his role as a novelist is often overlooked. His fictional work in particular gets very little mention next to his many great achievements. Fry has written several novels including The Hippopotamus, Making History and The Stars’ Tennis Balls; but it is The Liar which stands as his greatest novel. Published in 1991, the story follows the humorous life of Adrian Healey from a public school adolescent to post-graduate espionage. In works of fiction, Fry is free to illustrate his wealth of literary knowledge, resulting in a novel which oozes with confidence and wit. The Liar displays the uncertainty of The Catcher in the Rye’s Holden Caulfield as well as the lust-fuelled vanity of Wilde’s Dorian Gray. The result of this is a tale which fills the reader with that relatable sense of self doubt which grips us in our late teens and early twenties.

Along with several of Fry’s literary works, The Liar can be regularly found in HMV for £3, making it a great bargain for such a well written novel. If it can’t be found there, it can also be purchased cheaply from Amazon. As a novel which progresses through university life, it contains many relatable moments and quips that make it a wonderful leisurely read between assignments.