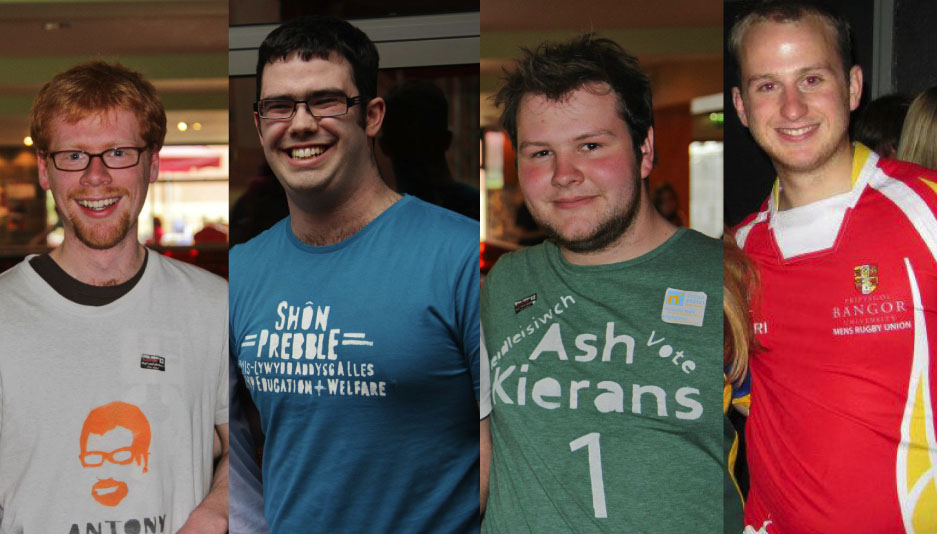 A new sabbatical team was elected last month in an election which saw the highest amount of voters in Bangor Students’ Union history.

The voting process this year had been changed significantly so that voting could be cast online, and as a result of this, voting numbers rose to an all time high, resulting in 2140 students casting votes.

The new sabbs start shadowing their predecessors in the next few weeks and become incumbent in their new office in the first week of July, where they will start work over the summer in preparation for the many exciting activities the Student’s Union organises for Fresher’s week.

Newly elected President Antony Butcher said “I’m really excited about getting started, and working with the team – we’ve all got some great ideas for next year that I can’t wait to get working on”

“My main goal is to find out what students in Bangor want, and to do my best to make it happen – to create a Union and a University which genuinely reflect the desires of students.”

Shon Prebble, the new VP for Education and Welfare has outlined what he plans to do over the next year, “One of my main aims this year is to ensure the redistribution of student fines. I want these to be used to help students who are struggling financially, rather than to subsidise University administration budgets.

“My biggest goals this year are to bring back (maybe in a different way) Serendipity 2, and to revitalise the Love Bangor campaign, which by the way, I’ve already started!”

The entirely new team of sabbs will replace the current team of experienced sabbs who have been in office for two years, after they were all re- elected in their second term, two years being the longest period a sabbatical officer can hold office. The shake up is sure to bring a fresh and vibrant working atmosphere to the Student’s Union and the individuality and goals of the new sabbatical officers show promise for the making of another award winning sabbatical team.