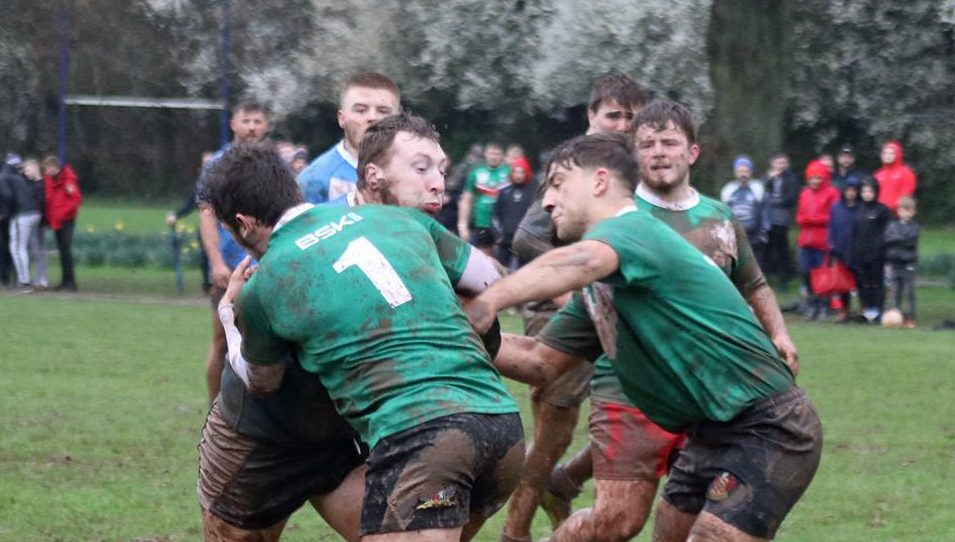 Great work from the 5 Rugby League lads representing Bangor in the North vs South game winning 24-12, with Corie Shorrock and Dafydd Jones both crossing the line to score! Hopefully all 5 get picked for the Welsh Student squad. The North beat the South 24-12 in a tough Student Rugby League encounter in Monmouth on Sunday where the conditions had a big effect on the outcome of the game. Rain fell for the best part of a day before kick-off and whilst it was dry for most of the 80 minutes, the muddy surface made it difficult for both sides. This encounter was preparation for the Student Four Nations this summer and the sides were largely selected from where the player’s study, which is why players like Rhondda-born Cobi Green, who plays for Leeds Beckett University and Bradford Bulls, was a stand-out, marshalling the North side to victory. The North took an early lead when skipper Rhys Davies slipped through the South back-line. Aled Davies converted. It was soon 10-0 after Daf Jones slid over in the corner. That was before Corie Shorrock went in under the sticks and Davies converted to make it 16-0. South Wales hit back when Ieuan Roberts scored under the posts and Huw Parks converted to bring it back to 16-6 at the break. Parks got another try back 12 minutes into the second half, converting himself, but despite being down to 12 men after Dewi Billingham was sinbinned for backchat, the North scored two further tries in the mud to seal victory. South were making mistakes in the wrong places and north took full advantage. A dropped ball in the grease gave Daf Jones the opportunity to get his second, before Green, who seemed to have no issues coping with the pitch, went over in the corner for his side’s fifth.